It's high time you met one of the winningest women in the Southeast. 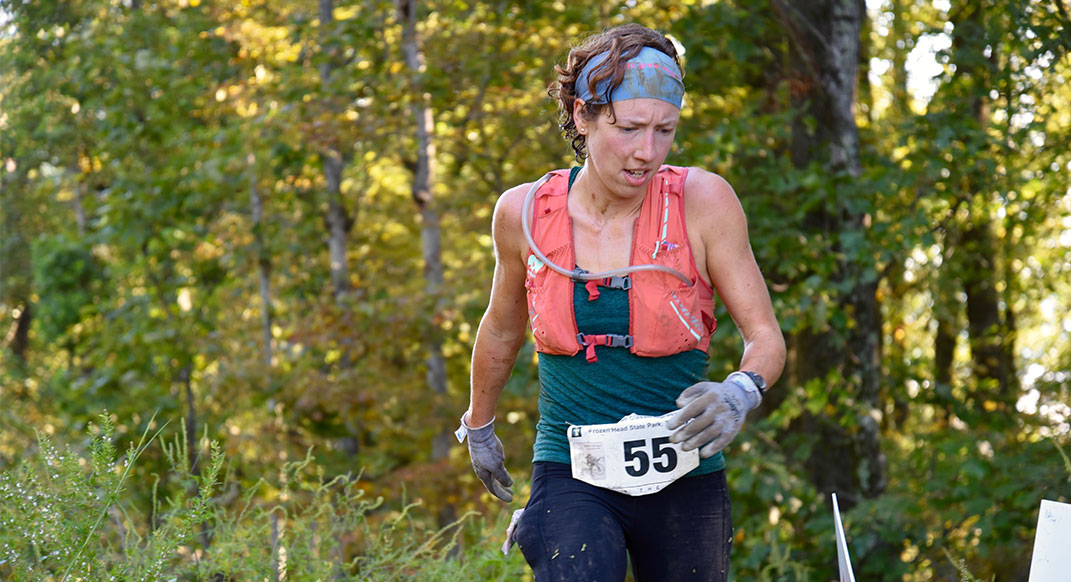 Every year, there are many a dark-horse article about the next up-and-comer, the fastest trail runner you’ve never heard of, the kid to watch out for. But, seriously, check out Liz Canty’s results on UltraSignup and prepare to be both impressed and annoyed that you haven’t yet heard of her.

Canty, a 26-year-old engineer from Huntsville, Alabama, has snagged 32 podiums out of 38 races since she entered the trail and ultrarunning scene in 2015 and hasn’t finished below top five, other than one DNF (Did Not Finish). Thirty-two podiums in three years!

In fact, Canty didn’t even start running until 2015. Prior to that, she played rugby through college at the University of Massachusetts Lowell. Exiting a troublesome relationship and a chasing a job opportunity led her away from her home state of Massachusetts to Huntsville in January of 2015.

“Getting away from a bad relationship is cliché but fitting for me,” she says. “Plus, I was truly sick of New England winters. I got to Alabama in January and it was like 60 degrees and sunny. I was only supposed to be here for six months but I’ve been here since.”

Dealing with a rugby injury, she was without an outlet.

“I was a horrible swimmer and biker so I took to running. I just started on my own.”

The spring of 2015, Canty donned a pair of Sauconys and started running roads. She then joined a local all-comers meet that hosted one-, two- and three-mile races during the summer. Canty would arrive early, run all three races and then run afterward to get nine miles in. It was at the meet that she met her husband, Luke Hough. Hough was running extra miles, too.

Her first race was an unofficial 50-miler in Alabama.

“The record for women was six or seven hours. I finished in 5:40,” she remembers.

The next summer she agreed to pace a friend at Colorado’s high-altitude Leadville 100. It was her first time being out west. She became inspired to do more ultramarathons and won some lesser-known races such as the Oak Mountain 50K in Pelham, Alabama, and the Rockin Choccolocco in Heflin, Alabama.

“My first real competitive strike was at the 2017 Georgia Death Race [68-miler]. I was in second or third through mile 40 or 50. Then I blew up. I was very grateful for the finish line. For not many years of ultrarunning, I was pretty happy with it. ” She finished in fifth place.

For the rest of 2017, she stepped onto the podium of all 11 races she entered, including the Barkley Fall Classic 50K and all three stages of the Chattanooga Mountains Stage Race, which includes 18-mile, 22-mile and 20-mile races over the course of three days.

2017 is also the year she DNF’ed the Cloudland Canyon 50 Mile in Rising Fawn, Georgia.

“I had a fever,” she says. “I was signed up for the half-marathon but I knew I couldn’t race it in my condition so I  bumped up to the 50-miler [which she could run at a slower, easier pace]. Then it snowed so the race director had to make it a 50K. Around mile 18, I got to an aid station where my husband was [he was also running the race] and he said, ‘Either you quit or we’re both quitting.'”

Canty knew she couldn’t make him quit, so she finally bowed out.

Canty attributes her toughness to years of rugby training.

“I’m not fast. If I went to Western [States 100-Mile Endurance Run], I would be blown out of the water. But I can suffer. I can be unhappy for a really long time. The more miserable, the better.”

It may come as no surprise that Canty loves running in Frozen Head State Park of Tennessee, the location of the notoriously difficult Barkley Marathons. She won the 2017 Barkley Fall Classic and participated in this year’s Barkley Marathons—a race that no one finished.

“You can’t train grit,” she says. “Women like me, and some of my friends, will finish a hundred-miler despite having a head wound. You might as well, you paid for it. If something looks miserable, that’s what I want to do.”

Canty had to throw in the towel at Barkley after enduring 12 hours 9 minutes.

“I was still running eight-minute miles but I didn’t have appropriate gear for the rain and snow. I was wearing everything I had brought.” She was running with 37-year-old elite ultrarunner Maggie Guterl of West Chester, Pennsylvania, and says she “would’ve kept going if I had enough clothes. Maggie was totally full of energy—I would’ve followed her to the end of the earth.”

Canty and her husband train several times a year at Frozen Head State Park, and she plans on going back to Barkley.

“It’s the love of my life. Just that park. It’s the creepiest—you couldn’t feel more uncomfortable when you’re there. It has its own weather system and its own flora and fauna.” As an engineer, she knows the “probability of finishing is slim. But Barkley is a journey, not an attempt. It’s not about giving it two or three years, more like five or 10.”

“The Year the Barkley Won”

“What I Learned at the 2017 Barkley Marathons”

The last mentioned and more evident course coordinates precisely the advanced Marathon-Athens expressway, which takes after the lay of the land southwards from Marathon Bay and along the drift, at that point takes a delicate yet extended climb westwards towards the eastern way to deal with Athens.

A great business logo is the cornerstone of your brand identity. You’ll use it for all parts of your company: on your website, social media, physical products, packaging, marketing materials and in stores. A great logo helps customers understand what you do and what sets you apart from the competition. It can be the difference between a one-time purchase and creating a long-term ongoing relationship with your customers.
Logo Design

Our Academic papers may be done as a part of a class, in a program of your study. We design our academic writing service in literary analysis, research paper and dissertation.
Essay