U.S. Mountain Running Championship have been canceled, but others are still possible. 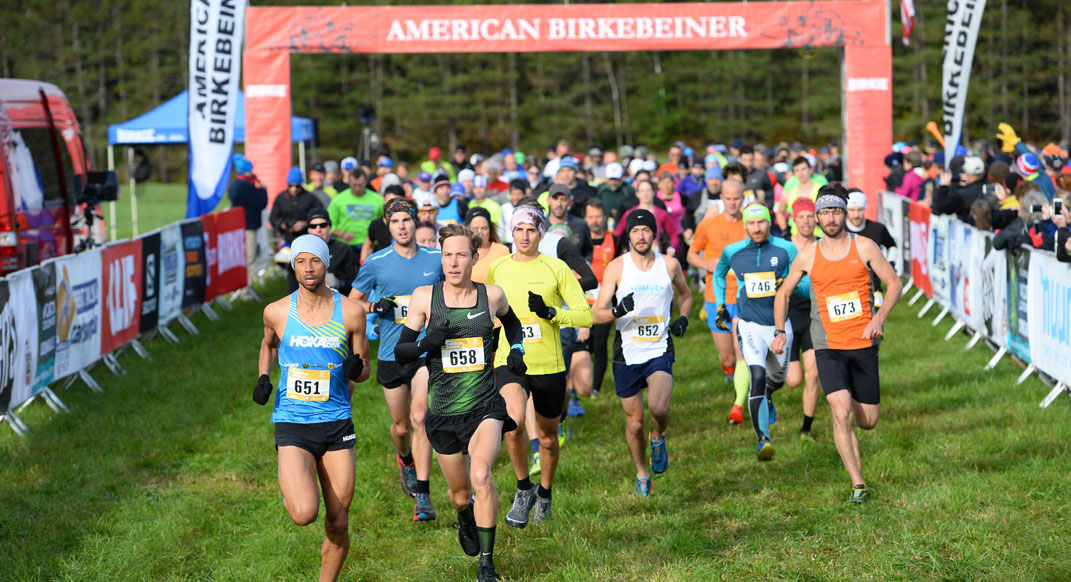 That consummate Upper Midwest autumn scene will be the backdrop for several races at the September 26 Birkie Trail Run Festival, including the 2020 USATF Half Marathon Trail Championships. While many of this year’s big domestic and international trail-running races have been canceled, but there’s still hope that several U.S. championship races can be held in the second half of the year, even amid the COVID-19 pandemic.

The Salomon Birkie Trail Run Festival typically draws about 1,000 participants, making it one of the largest trail-running events in the U.S. There are four main distances—5K, half-marathon, marathon and 100K—but the event also includes three-, four- and six-person relays, plus a 10-mile Nordic trek and a variety of kids’ races. The races are being held on new courses that start and finish at the American Birkebeiner Trailhead.

While many of this year’s big domestic and international trail-running races have been canceled, but there’s still hope that several USATF championship races can be held in the second half of the year, even amid the COVID-19 pandemic.

While details are still being worked out, Maki says plans for packet pick-up, the expo, parking, race starts, aid stations, awards ceremonies and the post-race meal are all being modified to adhere to state and regional precautionary guidelines while taking cues from USA Track & Field (USATF) MUT guidelines and other events around the U.S. that have received permission to hold their races.

“It’s really great that we’re getting so much support from local public health officials and that they really see the value of getting people outside and giving them the chance to be active,” says Maki, the Birkie Trail Run Festival event director. “We’ve been sharing our updated event plans and new safety plans and they’ve been happy with the precautions we’re putting in place and will be able to hold a safe race.”

Including the half-marathon championships, there are six USATF mountain/ultra/trail national championships remaining on the calendar from August through December with about $20,000 in total prize money. Although coronavirus incidence rates continue to ebb and flow across the U.S., race directors are hopeful their races can be held under more stringent safety guidelines.

USATF, the national governing body for all competitive running in the U.S., is hosting an online meeting on June 20 for its sport-discipline councils to provide additional guidelines, insights and news about USATF championship events on the road, track and trails in 2020.

“Assuming everything moves ahead and things keep progressing positively, we certainly hope to have some championship events this year,” says Nancy Hobbs, the chairperson of the USATF Mountain Ultra Trail Council and executive director of the American Trail Running Association. “It’s a unique year and we’re all in this together, but hopefully some of the events will go on.”

The USATF Long Distance Mountain Championship at the 26K Broken Arrow Skyrace slated for June 21 in Squaw Valley, California, was canceled months ago, but the USATF Mountain Running Championships with its $10,000 prize purse, originally scheduled for Aug. 16 in conjunction with the Gnar Gnar Mountain Race in Government Camp, Oregon, was canceled on June 16.

As for the USATF Half Marathon Trail Championships, runners will endure rolling terrain with about 1,600 feet of vertical gain. A good chunk of that comes from the 350-foot climb up the back side of Mt. Telemark, a former downhill ski resort. From there, runners will head down one the front side of that hill and run on both dirt roads and singletrack trails before heading back to the finish.

“The view from the top of the mountain is pretty spectacular, especially in the fall when the colors are changing, so it will be well worth the run to the top,” Maki says. “We think it’s a beautiful course, but it’s never flat. It’s constantly changing, both the terrain and type of trail you’re running on. You won’t get bored.”

Brian Metzler was the founding editor of Trail Runner and currently a contributing editor and columnist.