UTMB, the world’s most in-demand trail race, adapts to cope with burgeoning interest. Will others follow suit? 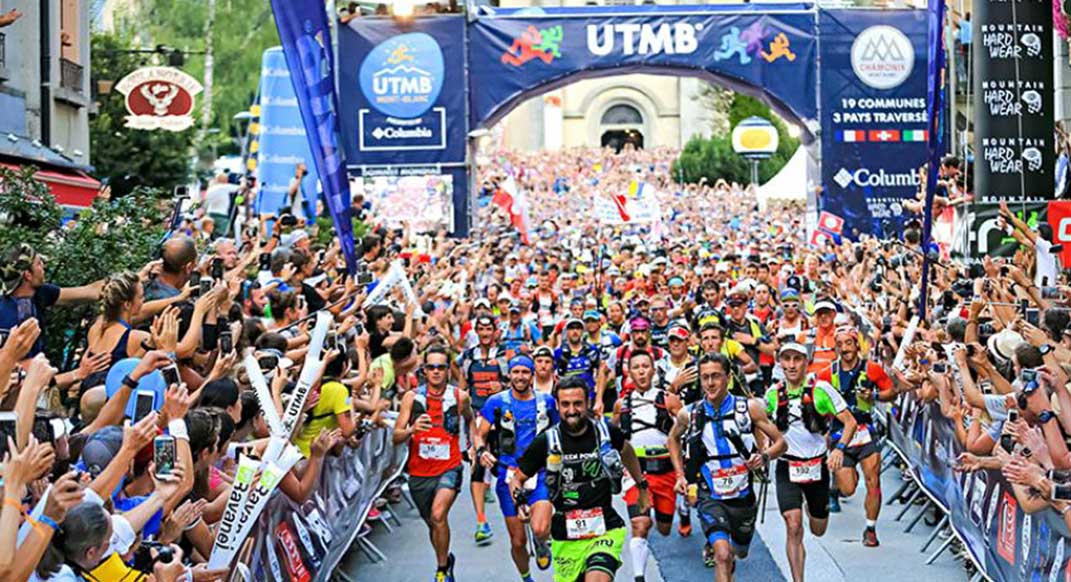 Sixteen years ago, registration opened up for the first edition of the Ultra-Trail du Mont-Blanc. “People in Chamonix looked at us like we were crazy,” says Event Director Michel Poletti. That first year, registration was handled by mail. “We wanted 300 runners,” says Poletti, who with his wife, Catherine, co-founded the race. 711 runners toed the starting line that year. “It was a great success,” he says. “It was just amazing.”

The Polettis were on to something. This year, 26,000 runners wanted one of the 10,000 entries that are offered among the six UMTB races that take place at the end of August. UTMB is the go-to marquee race for trail runners around the world—and nowhere is that truer than in Europe, where one of the first questions often asked of a trail runner is, “Have you run UTMB?” (Answer no, and the likely follow-up is, “So, when do you plan to run it?”)

Success brings growing pains. Entries have increased 68 percent in the past three years, forcing the organization to consider new entry guidelines to cope with the growing numbers of trail runners who want to take part. The race organization was facing the prospect of a race where most runners would have to wait one or two years to take part, meeting the same rigorous qualifying standards each year.

And so, in a produced, live-online event this month, UTMB organizers announced a new two-track entry system. The race retains its traditional lottery system; runners who don’t get selected are given an additional ticket in the lottery for the following year. The qualified standards have been eased, a change designed with runners’ health in mind.

“The current system was too demanding,” says Isabelle Juchat, Event Director for UTMB. “Runners who didn’t get in through the lottery would have to maintain their qualifying ITRA points year after year.”

Collect enough “stones,” and you’re allowed directly into the UTMB race of your choice. Don’t have enough stones for a direct entry? They can be traded for better odds in the lottery.

The new second track requires collecting “stones,” UTMB’s playful allusion to the sometimes technical, rocky route around Mont Blanc. Stones are acquired by taking part in the “By UTMB” series of international races or one of the 20 races in the Ultra-Trail World Tour. (UTMB launched their international series in 2017. Today, there are three such races, in Oman, Argentina and China.)

The number of stones awarded for each race is based on the difficulty of the race. UTMB uses the International Trail Running Association’s difficulty scale. For UTMB International races, participants get three stones for every ITRA point; one stone is awarded for Ultra-Trail World Tour races. Collect enough stones, and you’re allowed directly into the UTMB race of your choice. Don’t have enough stones for a direct entry? They can be traded for better odds in the lottery. After a 2020 transition, the new entry process takes full effect in 2021.

The new system was thought through in head-spinning detail. “We did a lot of calculations and projections,” says Juchat. “Would we need a quota for each entry channel for each UTMB race? Or would we immediately have to change the number of stones required to get into a race? We know we’re good for at least a few years, maybe longer.”

“They have to divvy up spots somehow,” says Jamil Coury, owner of Aravaipa Running, which produces over two dozen trail races around the Southwest United States. Coury is also a North American representative to ITRA, the International Trail Running Association. “They’re creating incentives for others to run the ‘By UTMB’ races,” he notes. “With the 3-1 ratio, it’s pretty much guaranteeing a demand for their other events. It’s a smart business move.”

Making one of the Chamonix races the prize for running other UTMB races makes sense according to Coury. “The UTMB races are amazing events, like nothing else. They are unique and iconic,” he says. Coury is in a position to know—he has run three. “Hey, I drank the Kool-Aid!” he jokes.

The stone system is not unlike the entry structure for another international sports brand. “It feels a bit like Ironman,” says Craig Thornley, Race Director for one of the U.S.’s most competitive trail races, Squaw Valley, California’s Western States 100. The comparison is apt—the system is not dissimilar to the qualifications needed to take part in the Ironman World Championships. “You stay inside the Ironman World, and you never leave,” says Thornley.  (Notably, Ironman recently purchased two major ultramarathons, in Australia and New Zealand, gaining a foothold in the sport of ultra trail running.)

UTMB isn’t alone in coping with growing numbers, and Thornley’s race is one such example. This year, 45-year old Western States 100 drew 5,862 entries for a mere 369 starting slots—a 15 percent increase over the prior year, with most of the growth coming from overseas.  For its part, Western States uses a traditional lottery system.

“We give you more tickets every year you don’t get drawn,” says Thornley. “We have a system that’s scalable, whether our numbers go up or down.”

The two continents, Europe and North America, have taken differing approaches. “We have our own ethos here in the U.S., with a diverse set of trail races,” says Thornley. “We’re unique and independent. I suspect it’s going to stay that way. Some independent races might get sold, but the good homegrown races will hold on as long as they can.”

Coury agrees. “In the U.S., ultras are low key for the most part. We have an attitude of, ‘Hey, we’re good, thanks. You can leave us alone.’”

“Having a large global race like UTMB is good for the sport,” he adds. “It’s cool to have an event that it is very much different from what we have going on here.”

“The U.S. has been doing ultras a lot longer than the rest of the world,” Coury points out. “We like events that are authentic.”

The U.S. may be becoming an outlier, however.

“The rest of the world is taking more cues from the UTMB model than the U.S. model,” he says. “But there’s room in the sport for all of it.”

—Doug Mayer is the founder of Run the Alps, which is a 2019 training partner of UTMB.

Actually, getting into the Ironman Word Championships is nothing like what UTMB is doing. The author is mistaken.

It may be a smart business move, but I doubt that it is good for the sport of trail- and ultrarunning. They create a two-class system – and there are already some race directors of races that provide ITRA qualification points that get really angry about this new qualification rules.