Runners at Saturday’s Mount Washington Road Race in New Hampshire will climb, and climb … and climb. The first six men to finish will qualify for the 2012 United States Mountain Running Team. 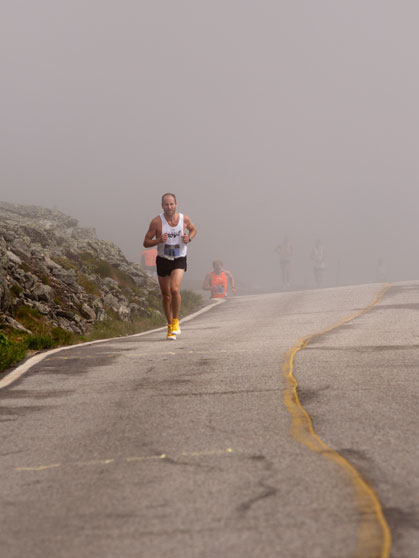 The 52nd running of the Mount Washington Road Race, which sets off Saturday morning in New Hampshire’s White Mountains, is grueling. And this year, the normally tough competition will be fiercer than usual, as the race doubles as the qualifying trials for the U.S. Men’s Mountain Running Team (USMRT). The first six men across the line will represent the United States at the World Championships in Italy this September.

“We’ve seen really fast road guys show up to try and qualify who can’t handle the mountain well,” says USMRT team leader, Richard Bolt. “The wildcards are the ones who haven’t raced Mount Washington. It’s going to be interesting to see how it all shakes out.”

Runners competing in the 7.6-mile race up the Mount Washington Auto Road ascend New England’s highest peak—6288 feet—without any reprieve from the incline. It’s an average grade of 12 percent.

“It never gets any easier,” says Paul Kirsch, who works with the USMRT and helps coordinate the Mount Washington race—which he has completed 12 times. “The biggest danger for quick guys is that they go out too fast.”

“Mount Washington is a great race with a great history, and a perfect fit for the qualifying race,” says Kirsch. “It’s served as the qualifier five times.”

But the allure of wearing a USA jersey at a World Championships has drawn talented runners with primarily road and track backgrounds as well. Defending U.S. and World Mountain Running champion Max King of Bend, Oregon, has shown the transition can be made—the 2:14 marathoner and Olympic Trials steeplechaser, who finished fifth in 1:03:18 at his Mount Washington debut in 2010, will look to qualify again. 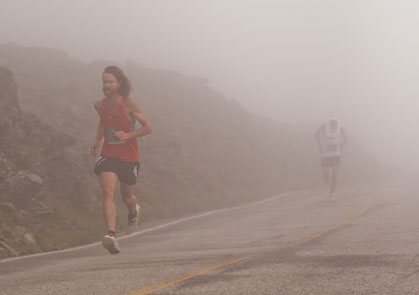 “We’ve reached a place over the past several years now where we’re really fielding strong teams,” says Bolt. “Because of that, we’ve been getting more exposure, which is attracting people from other elite backgrounds.”

Also contending will be former USMRT member Joseph Gray of Newcastle, Washington, another former steeplechaser who also owns a 1:05 half-marathon PR and U.S. Trail 10K title. Eric Blake of New Britain, Connecticut, is a former Mount Washington winner, USMRT member and 2010 runner-up in 1:00:40 (where he edged Gray, third, by just over a minute) who will also toe the line Saturday.

Sage Canday, recently relocated to Boulder, Colorado, will make his Mount Washington debut Saturday—the two-time Olympic Trials marathoner has shown promise in the mountains, finishing a close second in 3:49:28 at Washington’s Chuckanut 50K in March despite making a wrong turn. And former NCAA Nordic ski champion Glenn Randall of Mesa, Colorado, will look to improve on his 1:03:36 and fourth-place finish at his first Mount Washington race last year.

Bolt says the many contenders (and variables) have raised the prospects of the USMRT’s chances to perform well at the World Championship, where they placed fourth as a team last year and won silver in 2010—the last uphill year.

Still, he was mum on how the team might fare at the World Championships—at least until the team is set. “At Worlds, competition is so close at the top that it’s hard to predict,” he says.