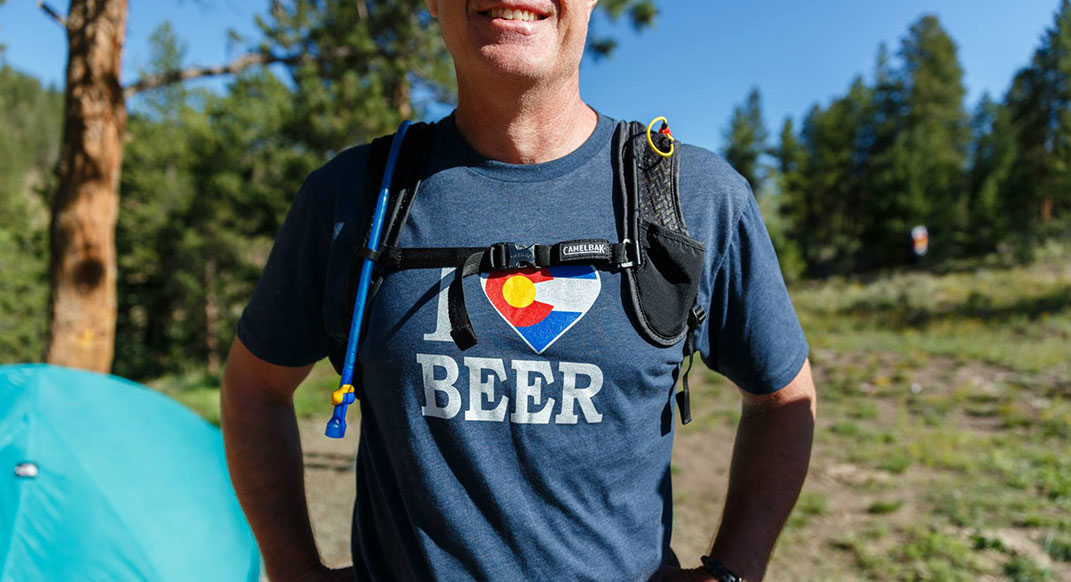 A runner at the 2014 Rocky Mountain Flyathlon. Photo by Trevor Brown Jr.

Five miles into Colorado’s Imogene Pass Run in 2014, Andrew Todd stepped off the race course, strode to a nearby creek and pulled a fly rod from his pack.

He photographed the brook trout he caught next to his race bib for scale, then returned to race the remaining 12 miles. He calls this practice “fish slapping.” (No fish are actually slapped.)

The Imogene Pass Run—a classic 17-miler that connects the towns of Ouray and Telluride via a 13,000-foot pass—is not an angling event; that was just Todd having fun. There is a Colorado trail race—the Rocky Mountain Flyathlon—in which fish slapping is mandatory, and that race is directed by Todd.

Todd, a 40-year-old fish biologist, lives in Denver, where he grew up. “My universe is kind of rectangular and called Colorado,” he says. 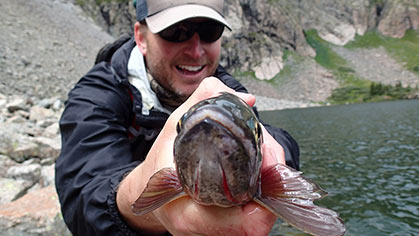 He learned to fly fish in Aspen with his dad, a pediatrician who attended a yearly conference there. After college, his brothers “baited” him into running. Road marathons were hard on his body, and fish biologists often find themselves in beautiful, remote spots, so trail running was a natural choice.

Eventually, he combined the two hobbies. “The further back you get, the better the fishing gets, because the fish are dumber,” he says. “So it was sort of an organic synthesis of a couple things I’ve liked to do my whole life.”

From Hobby to Event

One day, Todd was running with a friend in the Flatirons, outside Boulder. Their conversation turned to fishing, and Todd told him that he often ran out to mountain lakes with a fly rod.

“He looked at me incredulously and said, ‘I’ve been doing that for years, and I didn’t know other people were doing it,’” Todd recalls. “It kind of dawned on me that, being in Colorado, there might be other people that are active and also get out fishing. Whether they were trail runners or not didn’t matter to me.”

And so the Rocky Mountain Flyathlon was born.

The event sends participants on a creekside, out-and-back trail run. Each runner must catch a fish before the finish. The bigger the fish, the greater the deduction from the runner’s finishing time. 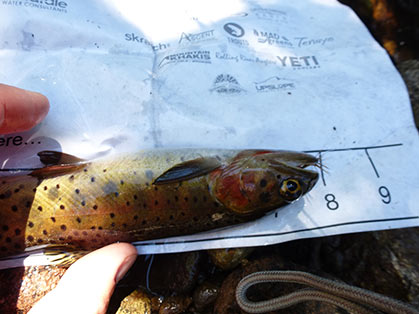 One runner’s catch in 2015. Flyathlon participants receive waterproof pieces of paper on which to measure fish. Photo courtesy of Andrew Todd

That simple premise leads to an array of strategic considerations. “If you’re fast, you can sprint way ahead and then break off at any point when you see the real fishy water,” says Todd. “You can also just fish right away, because the creek runs right next to the trail. You could run the entire course and then fish at the very end—of course, those parts of the stream have probably already been fished at that point, so you’re now fishing fish that have seen pressure.”

You can go with the first fish you catch, or keep fishing in the hope of nabbing something bigger. Native cutthroat trout are a “double bonus”—but only found in one small area along the course, above a waterfall. “So,” Todd says, “there’s all sorts of strategy involved.”

The first year, 2013, Todd describes as “just a bunch of friends getting together in the woods.” They were at Monarch Lake, some 8,000 feet up in the mountains of northern Colorado.

A year later, the Flyathlon began to resemble a real event. Forty flyathletes arrived in tiny Saguache, Colorado, southwest of Colorado Springs, to run and fish a seven-mile course. They had all heard about it through word of mouth. In 2015, Todd added a long course—12 miles—and capped the total number of participants at 60. 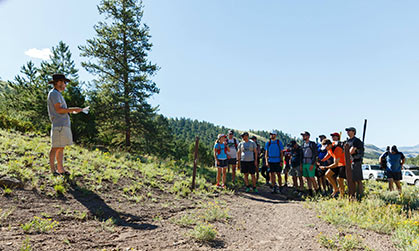 Todd (left) addresses participants at the start of the 2014 Flyathlon. Photo by Trevor Brown Jr.

“Being a fish biologist, I’m cognizant of how many people should be descending on a small creek and fishing it,” says Todd. “So I limit my races not by the number of people that can fit on the trail—that’s certainly a consideration—but more by how many I think can safely fish it without injuring the fishery itself.”

A triathlon by definition needs a third sport, and that’s where the beer comes in. Well, sort of. “My lawyer said you can’t make people drink during a competition,” says Todd, half-joking.

Still, the proud “craft-beer dork” wanted to celebrate local breweries, as much a part of Colorado as rivers and mountains.

So he made the race’s motto “run. fish. beer.” He presented the winners with “drinkable trophies”—750-milliliter bottles of high-end craft beer—and turned the pre-race meeting, the night before the event, into a bottle share.

“People get together and bring some rare beer that they share with the others,” he explains. Last year, the entrants included a couple talented home brewers. “One guy brought a keg of Double IPA that was outstanding.”

Fun for a Cause

Behind the rollicking good time of running, fishing and drinking beer lies a serious purpose, says Todd: “To make the world a better place for cutthroat trout and for accessing them.”

That mission includes habitat restoration and conservation, but also promoting fly fishing as sport. “People won’t give a shit about the fish unless they know how to get to them,” Todd explains. Some of the money raised by the Flyathlon in 2014 funded trail signs that inform hikers in native-trout habitats about the fish and the challenges they face.

“We’re trying to educate the person who may not have come there to fish,” Todd says. “It’s really about education, about habitat improvement, about trail improvement.” 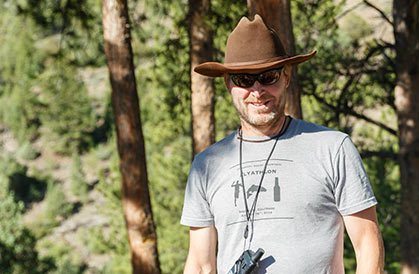 In 2015, the Flyathlon raised $22,000. Todd is eager to build on that success, and has three events planned for 2016: two in Colorado, one in northern Idaho. He’s considered an ultradistance Flyathlon “where you have to catch fish in multiple lakes along the course.” He’s producing belt buckles for an informal team challenge he calls the Troutman: “a marathon-distance run, you have to catch all four trout species that are resident in Colorado, and then you have to drink a 12-percent beer, all in 12 hours or less.” The Flyathlon website lists rules for setting Fastest Known Fish (FKF) records.

He’s also in the process of forming a nonprofit to organize flyathlons and trail races in riverine environments, to promote conservation and educate outdoor athletes about the environments they run through.

“That’s the bigger picture,” Todd says. “And hopefully I can do all that and keep my day job and not get divorced.”