The Joy of the Non-Race 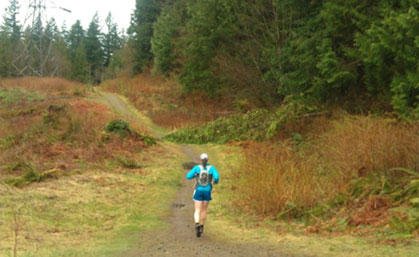 As our low-key sport gains popularity, many of us have experienced new challenges. To have a shot at even getting into a race, we have to pencil into our calendars the date and time that registration opens. We need to add a column in our annual budget for race fees. We buy an extra dresser to house our ever-growing collection of race-commemorative tech tees.

In a recent article for Trail Runner [“At No Cost”, December 2012], Brendan O’Meara wrote about his decision to rebel against it all and host his own race—mapping a course, recruiting runners on Facebook and awarding winners six-packs.

Typically these sorts of grassroots events hatch as endorphin-fueled schemes among friends—no need to charge entry fees, develop a website or deal with other administrative hassles. (Permitting can still be tricky; check local land management policies before moving forward with organizing a non-race.) Word spreads quickly through social media, blogs and old-fashioned word of mouth, and, quickly, these runs can gel into full-fledged events.

Chuck Vohsen and Robin Rongey of ROCK Racing discovered just this scenario. In January the pair conspired to host an unsanctioned half marathon on the Lost Valley Trail in Weldon Spring, Missouri—at night, unsupported. They named it the Lost Valley Shivering Icy Trail Run and, taking a page from the trail-running-world’s love for acronyms, dubbed it the SHITR.

Thinking maybe a dozen or so would show up, Rongey says they soon realized that, in fact, they had “a bunch of really insane friends.” On race evening, four times as many runners as expected showed up. With sign-ups logged on poster board, cowbells in the hands of volunteers and finish-line awards like the Biggest SHITR, Messiest SHITR and Fastest SHITR, the event was a wild success.

Many grassroots-event creators, including Rongey, say they’re motivated by wanting to give back to the local running community. Ben Luedke, director of the unofficial Wednesday “Humpdayathon” ultrarun series near Seattle, Washington, created the self-supported Issy Alps 100K in part to honor a marathoner friend, Tom Mackin, who lost his battle with cancer in 2012. This year, he’s added 50K and 100-mile options, and expects at least a few dozen runners.

Other motivations for putting on non-races include the desire to find new folks with whom to enjoy the trails. Says Luedke, “In races, it’s very common for runners to run for significant periods of time on their own. For those of us who are social runners, self-supported events offer more opportunity for running right alongside friends for hour after hour .”

Good company was certainly one of the motivating factors when Patrick Albert of Edwardsville, Missouri, decided to host an unsanctioned 12-hour run. As part of his 100+ Project to raise money for the St. Louis Asthma and Allergy Foundation, Albert had been training for 100-plus-mile, human-powered adventures and decided to kill two birds with one stone—secure some company for one of his long training runs and raise a little money for his cause. 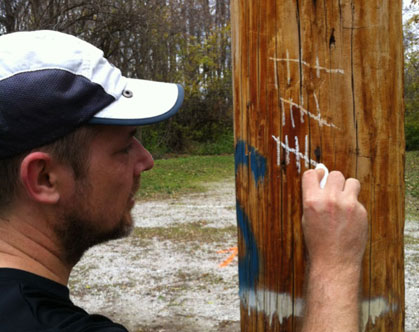 Runners’ laps were recorded with chalk on a telephone pole. Photo courtesy of Patrick Albert

“I made sure everyone’s expectations were low, and suggested a $5 donation,” says Albert. Like Rongey, he found that word spread fast. When an unexpected injury made him consider cancelling the event, he learned from Facebook that people he’d never met were already planning to come run. The show would go on; the community had deemed it so.

Perhaps, then, one of the greatest triumphs of unsanctioned races is the way they strengthen community bonds. As runners show up to these non-races, they do so not for a time on their watch or a medal around their neck, but for the simple joy of sharing the trails with one another.