Ultra Fiord Patagonia: Photos From the Wildest Race Ever 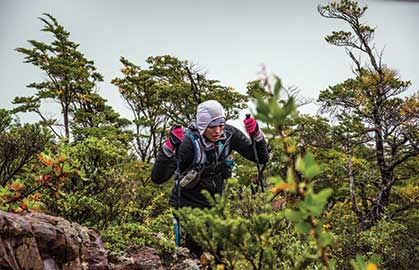 Candice Burt climbing up into “The Fortress,” an off-trail section of the course. Photo by Patricia Ainol

Welcome to the Wildest Race Ever! Held mid-April 2015, the inaugural Ultra Fiord Patagonia-Chile offered 100-mile (make that 108!), 100K, 70K and 30K options, and featured some of the most stunning and rugged terrain on the planet. Sure, Hardrock and UTMB are plenty gnarly, but factor in unmarked crevasses on high-altitude glaciers, calf-deep mud bogs, off-trail bushwhacking, remoteness, rock scrambling, armpit-deep river crossings and cold, soaking rain and the Ultra Fiord takes the cake for one of the toughest physical and mental challenges in trail racing.

“The terrain I’d been moving through was more wild than anything I’d come across in the last 15 years of running ultramarathons,” said Browning on his blog. “Just after getting above treeline, I made a move to get away from Chilean Emmanuel Acuña running a series of off-camber rocky scree drainages and up a rockfall snow chute to gain a notch before the snowfield climb to the pass.”

Indeed, the race dished out more adventure and risk that most racers were prepared for, but as Pavicic said in a post-race interview with Anne-Marie Dunhill: “I didn’t want to create the hardest ultra trail race or even the most difficult, I wanted to create an event with the stamp of Patagonia on it.” 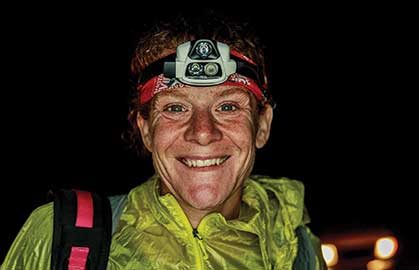 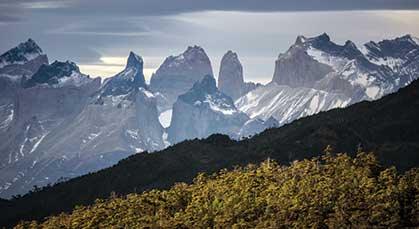 “The Chilean perception of wild and the American perception are two different things. We would not race across a glacier with crevasses without them all being roped and marked and probably volunteers stationed there. In contrast, we just followed markers and had to hop over a few crevasses, and there was one volunteer sitting on the edge of the glacier overlooking the section.” 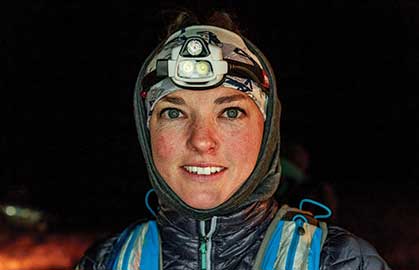 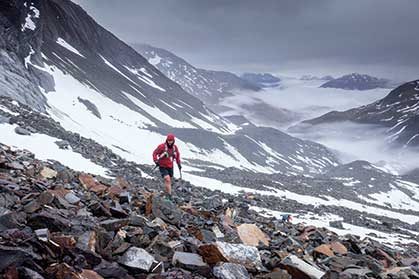 “The biggest unique quality is the pure wildness of Patagonia. There are just not many places to bail out in the middle 45 miles of the course, especially the 25-mile off-trail section over the high alpine/glacier, which was coined “The Fortress” by the race director. The only access is via foot travel, or you could try to bring in a helicopter.” 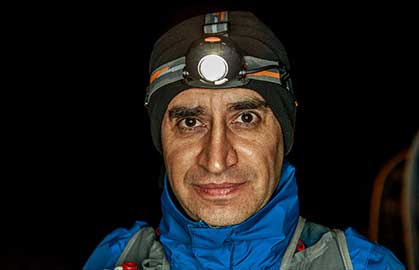 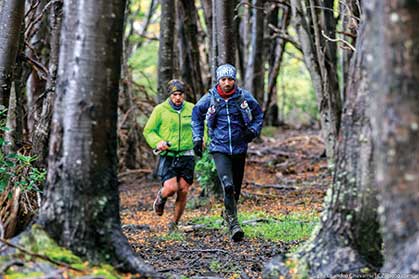 Running through the beech, one kilometer from the 30K finish. Photo: Leandro Chavarria 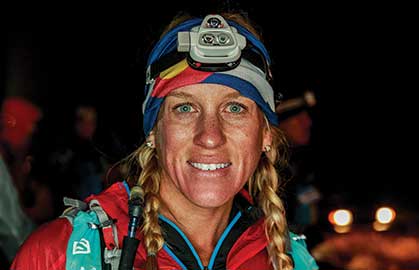 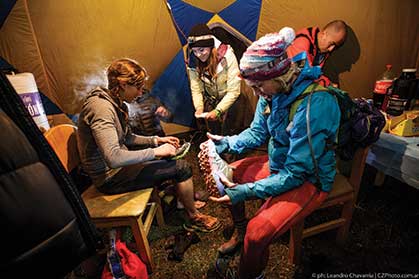 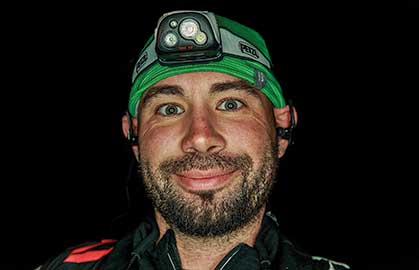 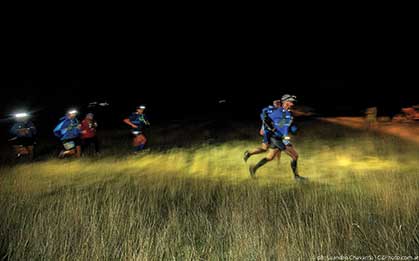 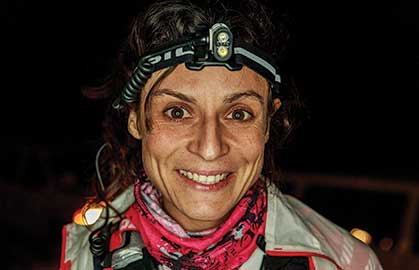 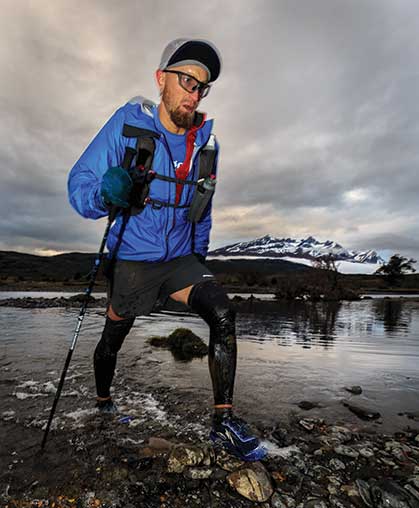 “Definitely the most challenging conditions I’ve experienced. I got trench foot from the wet conditions, so the last 60K was extremely painful. It rained the first 10 hours and the trail conditions were extreme—calf-deep mud bogs, peat bogs, tons of river crossings and 25 miles off-trail over a high-mountain pass and glacier. I’ve never DNF’d a race, but it took a lot of mental tenacity to get it done there.” 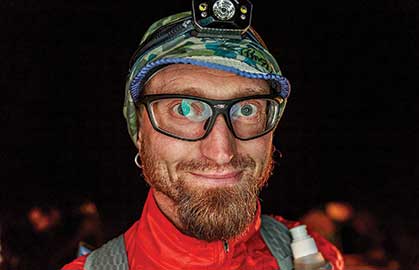 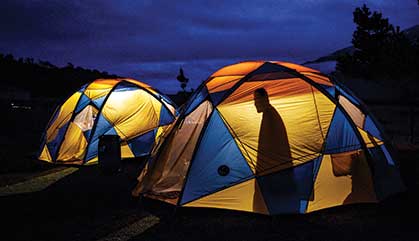 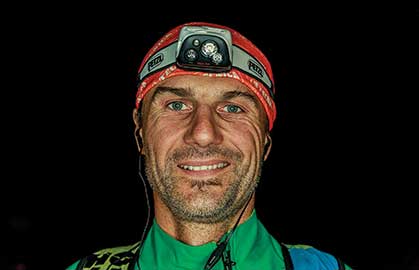 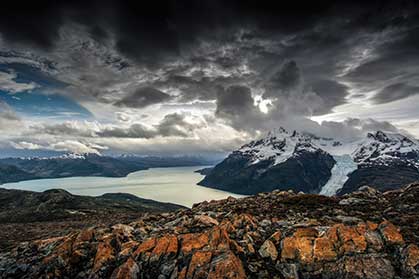 “Americans live in a time of extreme comfort, ease and convenience. And, because of this, I appreciate a little challenge and discomfort. That’s the only true way to know what I’m made of. We have laws to make sure everyone is always overly safe. I think we take it to the extreme. I was expecting challenging conditions and was mentally and physically prepared. It paid off with a positive—albeit extreme—experience.” 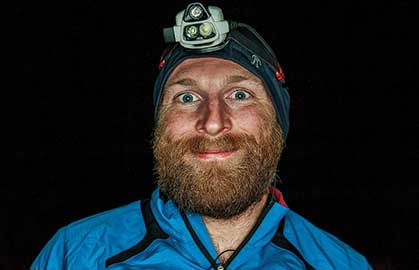 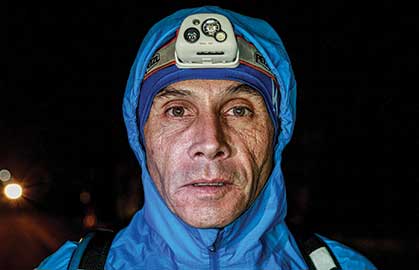 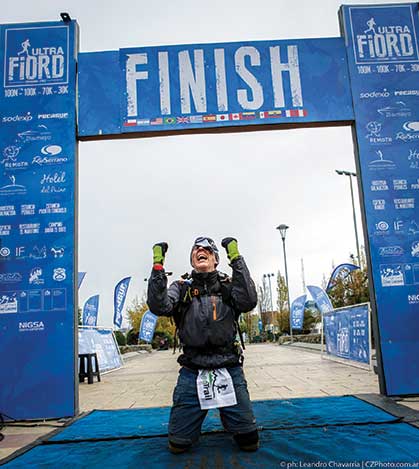 A well-deserved celebration at Puerto Natales’ main square for finishing one of the toughest races in trail running. Photo: Leandro Chavarria