What to know, and who to watch at trail running’s biggest event. 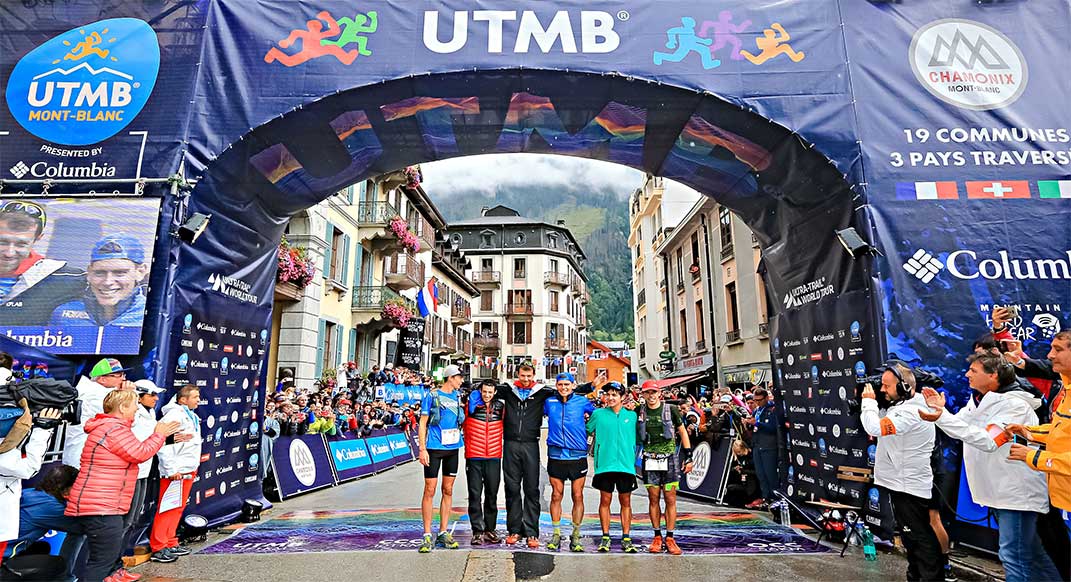 “Chamonix has a rich history. It’s really a place of innovation and freedom,” says David Laney, 30,  Nike Trail athlete and three-time UTMB runner. “You can read about it, watch videos or buy French cheese but [UTMB] should really be experienced.”

The alphabet soup of race names reference the tiny alpine villages in France, Italy and Switzerland that surround Mont Blanc, or in the case of PTL, one very intrepid baker (see below). Chamonix (3,400 feet) is located at the base of Mont Blanc, the highest summit in the Alps at 15,781 feet.

The petit French ville’s cobblestone streets will teem with compression-sock-clad competitors who will be competing in one of the six events throughout the week. The five smaller races (perhaps in prestige, rather than mileage, as in the case of PTL) lead up to UTMB, considered by many to be the sport’s crown jewel. This is our breakdown of the week’s events.

The marquee and last event of the week-long series, UTMB completely circles its namesake summit in just over 100 miles with a whopping 32,808 feet of vertical gain—more than it would take to summit Everest from sea level. About 2,300 runners will attempt to traverse the course’s 10 alpine summits in under 46 hours 30 minutes.

Though an American man has yet to cinch a UTMB win, Krissy Moehl won the inaugural event in 2003, and again in 2009. Rory Bosio racked up two consecutive victories in 2013 and 2014, and Nikki Kimball claimed the title in 2007.

Previously seen as the  “little sister of the UTMB”, CCC has become a respected race in its own right with a demanding 101-kilometer course that ascends over 20,000 feet. It just about covers the last 100K of the UTMB course, which offers an in-depth preview for many runners with UTMB dreams.

Historically, Americans have been successful at CCC, with notable victories by Clare Gallagher, Hayden Hawks and Zach Miller.

Perhaps UTMB’s most distinctive event, the PTL takes teams of two to three runners over 300 kilometers of rugged, unmarked terrain around Mont Blanc. Named for an adventurous French baker who established the race, it takes many teams the allowed 152 hours 30 to complete.

The course changes every year and there is no official winner. The event is so challenging that finishing is judged as a win.

The extra-technical TDS is the “cool-kids” race, attracting a who’s who of mountain runners from around the world.  This years’ new-and-improved route is even more rugged than previous years. It traverses 145 kilometers from Courmayeur, Italy, to Chamonix around the Mont Blanc massif. This “mid-distance” (by UTMB standards) event hosts 1,600 runners, and has a 42-hour cutoff.

No American has ever won TDS, and this year Skyrunning champion Hillary Allen will tackle this rough and wild route through the Beaufortain region.

Probably the closest thing UTMB has to an entry-level race, this 55K is a testing ground for many future UTMB competitors. The route climbs over 11,000 feet as it winds through the Swiss Valais region with a 14-hour-30-minute cutoff.

The MCC is a 40K race for the “bénévoles” and “gens du pays,” the volunteers and locals who help with UTMB. The shortest of the races, it provides an accessible surprisingly challenging (7,500 feet of elevation gain) glimpse into the French Alps.

Great little synopsis of all the races associated with the UTMB. Thanks!

This is a great summary – thanks! 🙂