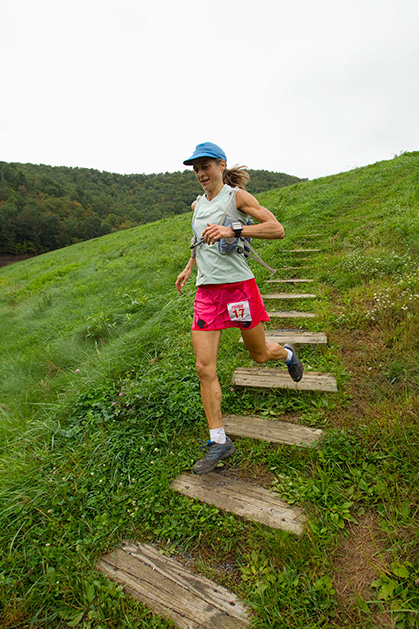 The first race in the 2012 Trail Runner Trophy Series season kicked off on March 1. After tallied results from 28 races, here are highlights thus far from the leaders in the Non-Ultra and Ultra divisions.

Non-Ultra
Steve Baber, 53, of Indianapolis, Indiana is leading the men’s 50-plus division with 198.8 points. Of his season thus far, Baber says, “I’m having a great time so far traveling around the Midwest and South, going to races, but so far I think the Tennessee trail races have been the most interesting, since I do most of my training is on flat land. Running in the mountains is cool.”

Women’s ultra leader Michele Hartwig of Lakewood, Illinois, pulled into first (she is now tied with Burlington, Washington’s Shawna Tompkins) after a first-place finish at the Coyote Springs 100. Hartwi says that despite record heat levels, 30- to 70-mile-per-hour winds and blistering sandstorms, she had a blast. “All of the obstacles of the day made my finish that much more rewarding,” says Hartwig. Next up for the Illinois ultrarunner is Lean Horse and Mark Twain 100.

The men’s division is also currently tied for first place: Jeremy Bradford of Denver, Colorado, and Nicholas Davis of Fort Collins, Colorado, both have 400 points after almost three months of racing. Davis, surprised about his current first-place standing, said the Badger Mountain Challenge 100 in Southeastern, Washington, is his season highlight so far. Davis, 23, was second in 21:59. He says, “It was a demanding race, with a lot of off-trail bushwhacking and frigid, driving rain in the early miles, but I used that as motivation to finish faster!”

“What a great year this is starting out to be for trail running,” says Bradford. “After a long cold winter of running the trails in and around Golden, Colorado, I couldn’t be more excited that a new trail-racing season is upon us. I look forward to the many adventures that the trails will undoubtedly hold for us all this summer. Good luck to everyone racing in 2012.”