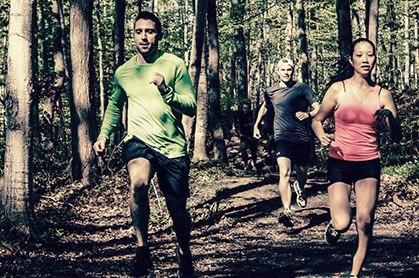 The 2014 Trail Runner Trophy Series is getting exciting as multiple runners compete for top spots in the ultra distance and non-ultra distance categories. Also highly contested is the title of Trail Fiend, with many runners throwing their hats in the ring to be counted among the top race baggers in the country. 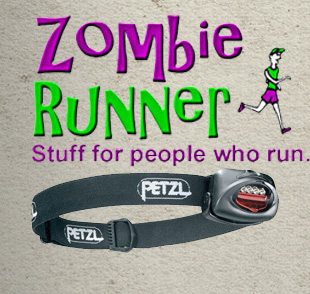 Here, ultra distance series leader, Kyle Curtin, 27, of Clarksville, Tennessee, shares some insight into how he approaches training and racing.

1. What is your standard training week?

The goal was always to get 100 miles a week. Often life gets in the way, but it’s the goal, at least. Typically it’s 10 to 12-mile runs, six or seven days a week. I do very little speed work aside from road races and then try to get in some long trail runs (usually at night) about every other weekend. Really, I just run as much as I can; it’s a full-blown addiction, so when I need my fix, I go.

2. At what point in the Kettle Moraine 100 (if any) were you certain you would win?

There’s a turn-around at mile 81, so before I got there I wanted to push as much as I could so the second place guy would see how big of a lead I had. I put about 10 minutes on him over four-and-a-half miles and I pretty much knew I had it in the bag then.

3. What is your favorite distance to race?

I really enjoy half marathons and 100s. Halfs are a real comfortable distance to lay down some quick miles, and like Ricky Bobby told me, it’s fun to go fast. I’ve only run three 100s, so I don’t have a ton of experience, but everything else just feels like a training run for the next big [race]. They’re the only races I care enough about to properly taper for anymore. I’ve never raced a 100K or 50K, though, so who knows.

4. What do you find to be the greatest obstacle while racing ultras?

Fallen trees are usually pretty large, but I hear out west there are some big rocks. Sorry, my dad is an engineer and raised me on poor jokes. Everyone always says something about how the mental part is so much harder than anything physical and, when properly trained, I think there’s a lot of truth to that. Honestly I just do my best to run at a sustainable pace and then quit thinking. I hear people always say stay positive, but I don’t buy it. I think you just have to embrace whatever you’re feeling. If I’m getting angry or whatever, I’ll go to the dark side and use that negative energy. Vader was right about it being a powerful force too.