Hot Springs may be our nation's most unique national park. Photo courtesy of Visit Hot Springs.

The allure of Hot Springs, Arkansas, is not just the hot springs. It’s that wherever you are, there’s a trail nearby. I was able to hop onto the Sunset Trail via a footpath right from my hotel, The Waters. Sunset Trail is a C-shaped trail above downtown and is a classic representation of the network you’ll find in this hidden trail-running gem. Hot Springs National Park—the U.S. National Park Service’s second-smallest tract—wraps the city of Hot Springs like a donut. 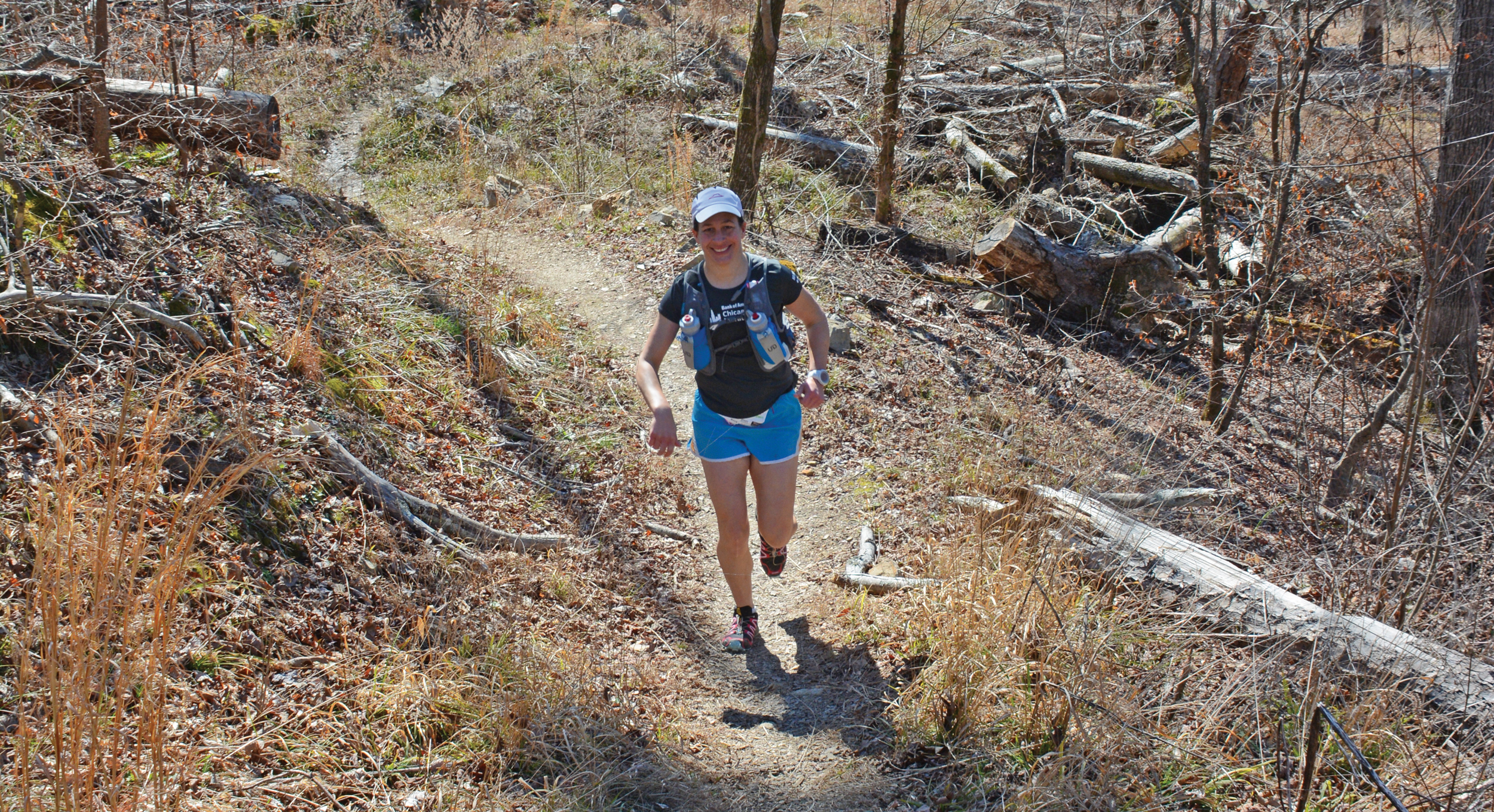 Photo courtesy of Arkansas Outside

Never mind that the park only measures 8.5 square miles. There’s plenty of space for runners on 26 miles of interconnected, mixed-terrain trails, which are packed like intestines inside the five mountains safeguarding the town’s namesake: its springs. 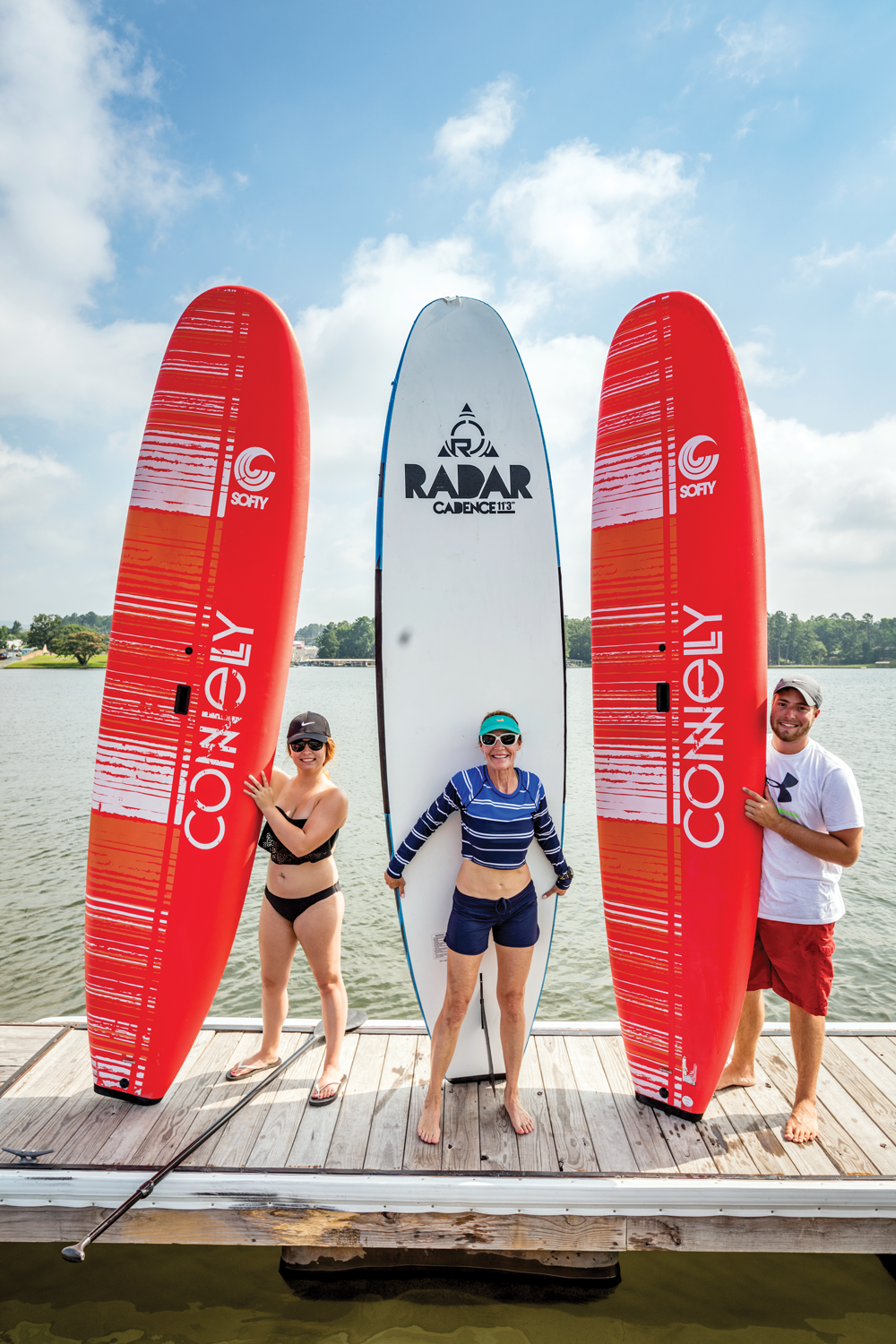 In Hot Springs, It’s All About the Water

Long before outdoor recreation was an industry—back when Lincoln was in office—tourists came to Hot Springs to bathe in mineral waters naturally heated to 143 degrees. In the 19th century, the town’s geothermal springs were rumored to cure anything from pneumonia to war wounds, and out-of-towners originally needed a doctor’s prescription to soak up those purported health benefits.

Commercialization ensued, and, in 1830, the town’s first bathhouse was built—two years before Hot Springs Reservation (renamed Hot Springs National Park in 1921) was set aside to protect a coveted natural resource. Fifty-something bathhouses cropped up over the next century, including the opulent Fordyce Bathhouse.

Nicknamed the nation’s first resort, notable guests filed into Hot Springs to be bathed by attendants, including Babe Ruth and infamous mobsters such as Frank Costello, George “Bugs” Moran and Al Capone.

The town declined alongside the bathhouse industry, but has caught its second wind, reinventing itself as a rewarding destination for all breeds of outdoor enthusiasts. Bunk on Central Avenue—a nostalgic, tree-lined main street—and you’ll be moments away from your next great trail run.

After my first run on the Sunset Trail, I learned that it is jokingly dubbed the Death Loop by local runners, “because it can lull you into making a mistake if you aren’t paying attention,” explains Chris Davis, an avid trail runner and secretary of the Spa Pacers, a trail and road-running club in Hot Springs.

Sunset Trail is about 15 miles if you do the entire jaunt from the West Mountain trailhead to Gulpha Gorge Campground, where runners can reenter downtown Hot Springs via a number of footpaths, the Dead Chief Trail being the easiest.

Deep into the Death Loop, I’d summited West, Music and Sugarloaf mountains, stopping for a breather at Balanced Rock, which offered a panoramic lookout over western Garland County. On the way to North Mountain, problems may arise where old roadbeds lure runners onto false trails.

Sunset Trail is worth the risk. In addition to passing by the highest point in the park (Music Mountain), the trail guides runners into remote areas with stunning displays of fire pinks and phlox wildflowers, novaculite walls, a magical grove of gnarled trees and a few abandoned structures. Dirt and packed-gravel trails are shaded by towering oaks, hickories and pines, and observant runners find ample opportunity for viewing raccoons, beavers, green herons, wild turkey and white-tailed deer.

If you don’t want to risk getting lost, you’re always welcome to run with the Spa Pacers, who meet at 4:30 p.m. on Mondays on Fountain Street, and at 4:30 p.m. on Wednesdays at the end of West Mountain Summit Drive.

Hot Springs is located in west-central Arkansas about an hour west of Little Rock, where you may fly into Clinton National Airport.

Superior Bathhouse Brewery
The only brewery in the world utilizing thermal spring water as its main ingredient. 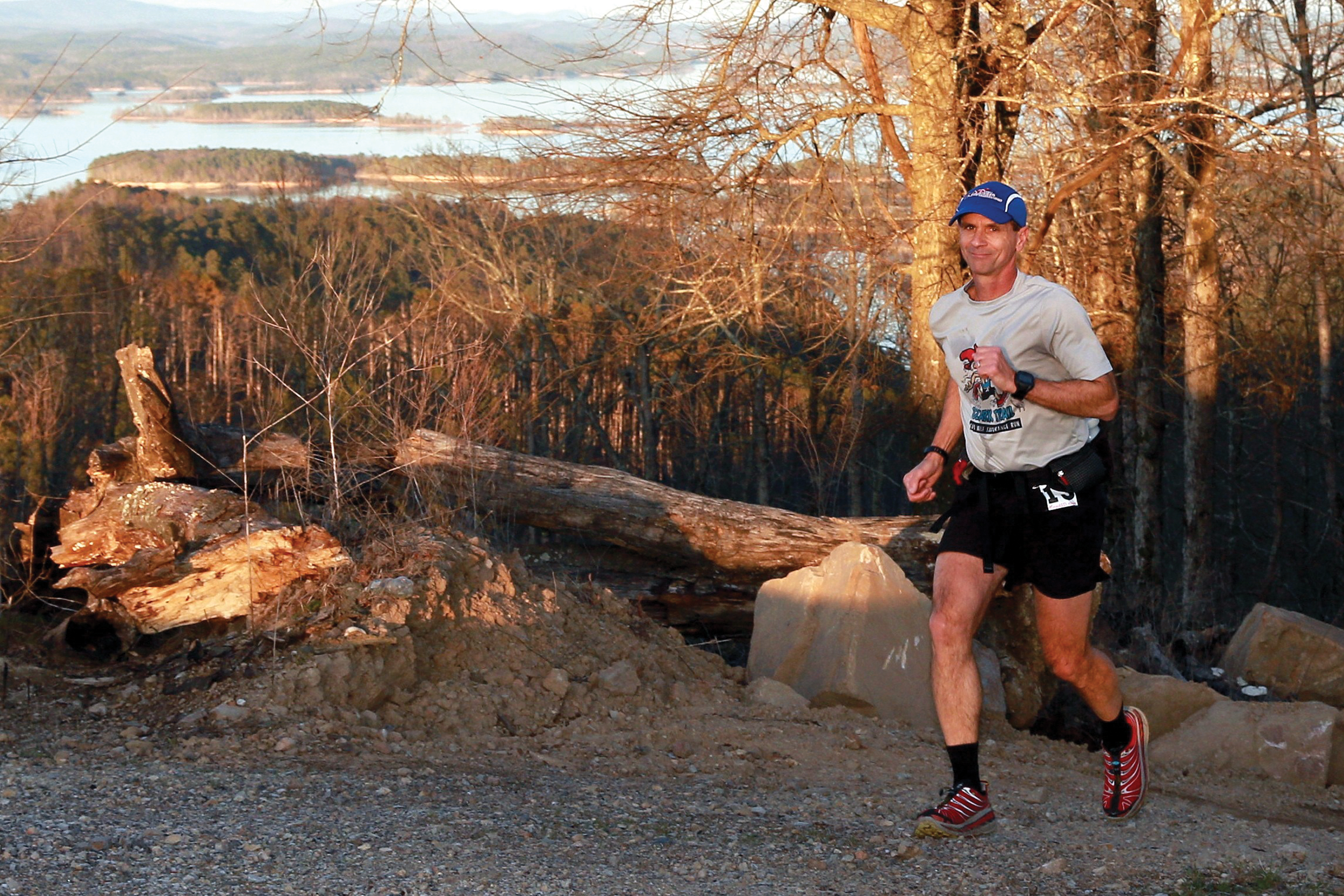 Get in some extra miles on the LOViT course outside of Hot Springs national park. Photo by Debbie Rigsby

Davis has run everything from the Dogwood Trail loops in Hot Springs National Park to the LOViT Challenge, a grueling 100 miles of rocky, rolling hills and ridgelines traversing the Lake Ouachita Vista Trail (LOViT) in Ouachita National Forest.

I would love to run in the Spa Running Festival, is there any other mileage of runs being ran that day. How many runners show up for this event. Is there finisher medals given out.

Yes, Mark, the Spa Running Festival features a 5K and a 10K in addition to the half marathon. This year, medals are being awarded to finishers of all those races. There’s also the Spa Squirt, a kid’s run.
https://runsignup.com/Race/AR/HotSprings/Spa10k

I loved reading this article. I live in Memphis and make one or two trips a year to Hot Springs. And I did exactly as the author did and stayed at The Waters, a recently converted medical arts building. Walk out the back entrance on the third(?) floor and you’re on the trail. I’ve visited the Quapaw Baths and look forward to trying the more traditional Buckstaff treatments next time. As for carb-loading, try Grateful Head Pizza as well. I can’t compare it to DeLuca’s but it’s literally the best pizza I’ve ever had. Thanks for the opportunity to relive… Read more »

When I ran a marathon there as part of my project to run 26.2 miles in all 60 U.S. National Parks I was able to figure out a 13.x mile loop course that kept me in the park boundaries for almost the entire time. It had over 5,000 feet of elevation so it was no walk in the park. Loved it.