These quotes may have some lessons for your trail-running life. Or they may just be fun! 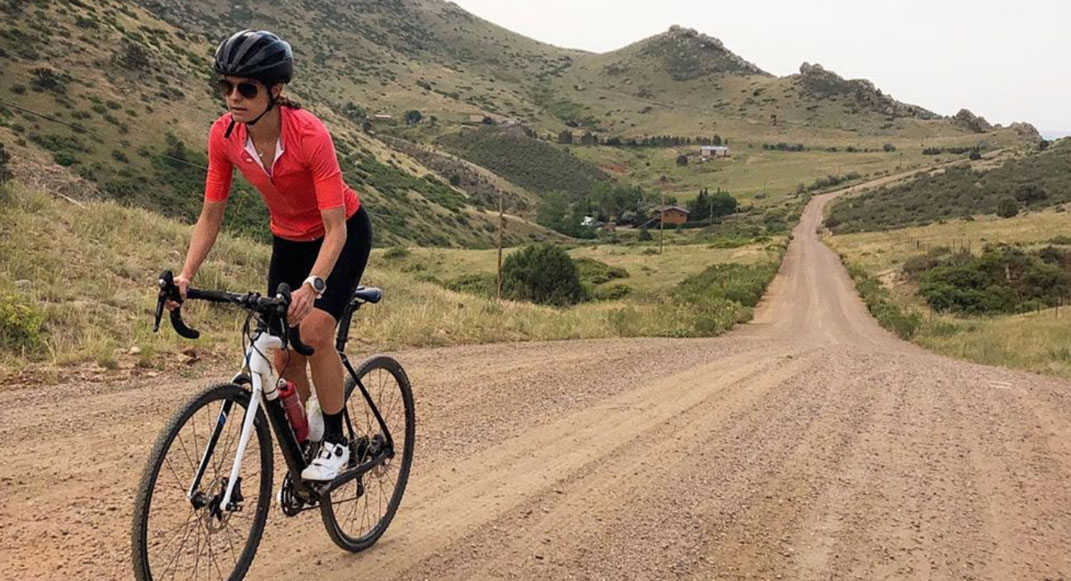 Every year, I spend a few weeks in July with the Tour De France on the TV in the background while I’m working. It’s wonderful for many reasons.

One, it makes me thankful for all of my decisions that led me to a place where I’m not a professional cyclist. Day-after-day, 100-plus-mile rides over big mountains, with unlimited suffering? If you told me the race director was Dante Alighieri, I would not be surprised. Or if you told me Dante Alighieri won this year’s “King of the Mountains” competition, I would also not be surprised. What I’m saying is that I’m not a cycling expert, but I do know that the polka-dot jersey given to the King of the Mountains is fly as Hell.

Two, the Tour provides a great excuse to think about athletics generally. Here are 180 of the best athletes in the world, all training dozens of hours every week. What separates the winners from the packfillers? The answer can be unsatisfying. With everyone training similarly, it often comes down to genetics mixed with luck and circumstances, hopefully stirred together with mental toughness and strategy rather than big hypodermic needles made for elephants. So much is beyond our control in sports, and the Tour makes that loud and clear over hundreds of hours of shared pain.

Three, the announcers have days of time to fill. And they fill it with motivation, brilliance, whimsy, British aphorisms, plenty of euphemisms for how riders pee while riding. I would listen to Phil Liggett and Bob Roll (and formerly Paul Sherwen, who passed away in 2018) narrate paint drying. They should definitely moderate the 2020 debates. America is currently “in a spot of bother,” so I assert that it makes sense to put Phil on CNN.

The announcers have days of time to fill. And they fill it with motivation, brilliance, whimsy, British aphorisms, plenty of euphemisms for how riders pee while riding. I would listen to Phil Liggett and Bob Roll (and formerly Paul Sherwen, who passed away in 2018) narrate paint drying.

This article is a tribute to that announcing prowess, using quotes from Phil and Paul and Bob over the years, tying in some lessons for all athletes. No big training lessons this week, but my brain is currently “pedaling squares” so let’s have fun with this one. Remember to “[read] like scalded cats!”

One: “They are reaching deep into their suitcases of courage.”

The most mind-blowing thing to me about the Tour De France is that the riders know exactly what they are getting into. Almost every day will round the corner at painful, accelerate to agony, and then take off over a sweet jump to fly into a world of immense, unending suffering. Yes, pain is certain, and it’s a type of pain that can make time melt like the GPS watches are programmed by Salvador Dali.

Yes, pain is certain, and it’s a type of pain that can make time melt like the GPS watches are programmed by Salvador Dali.

The suitcase of courage is where athletes go to find out a truth about themselves. Whenever I am daunted in life, my internal monologue goes to this quote. Announcer voice: The writing domestique from the U.S., David Roche, currently has writer’s block, and it’s a sad sight to behold. But what is that?! He is making a cheeky little writing move, reaching deep into his suitcase of courage to make a trail-running article about the Tour De France

Try it on your next hill intervals, or when you have writer’s block, or when you are just over whatever it is you care about. Practice enough, and you may find that it’s a magical suitcase that keeps giving you more courage.

This year, former leader Julian Alaphillippe had a rough few days, culminating with the cameras spotlighting him looking at his bike with anger. The announcers initially thought it was a problem with the pedals or the gears.

After he was dropped, they decided he was actually looking at his legs. I had a tough finish to my long run on Sunday, and I decided I was having mechanical issues with my quads. Somehow it made me feel a bit better.

Three:” The elastic has snapped.”

Here’s another mind-boggling thing about biking. It’s all about staying on the wheel in front of you. The draft effect is massively important, and it’s worth giving every ounce of your soul to avoid dropping back (outside of the steepest climbs where drafting doesn’t matter much). Anyone who has bike raced knows the unfortunate truth though—sometimes there has been a going-out-of-business sale on your soul, and every ounce of soul juice was already bought up. You push as hard as you can, only for one inch to become a foot to become a mile.

Anyone who has bike raced knows the unfortunate truth though—sometimes there has been a going-out-of-business sale on your soul, and every ounce of soul juice was already bought up.

When the elastic snaps, it often snaps so completely that sustainable outputs a few minutes ago become distant memories. Some of that is physical, some is mental. In running, we need to avoid the elastic snap at all costs with proper fueling, pacing, and training. But even doing everything right, the elastic is fickle and unpredictable. When it snaps, be patient with yourself and try to work back. If you can’t, don’t beat yourself up. It happens to literally everyone in endurance sports eventually (and sometimes, if you’re anything like me, it happens all the time).

Four: “They’re riding into the abyss of lactic-acid-crippling haze.”

I love this Bob Roll quote because it’s a great excuse for a meditation on exertional discomfort. During a hill interval, every neuron will scream at you to stop. Sitting here on the couch, that doesn’t seem like a big deal. But the next time you’re pushing hard uphill, think about those signals. They are loud and unrelenting, a screeching on the chalkboard that just needs to stop.

Thinking about the abyss while going through it can act like earplugs against the screech. The signals limiting us are often things we can reason with, learning to control. And with time, we can even learn to love it. That is the secret of the pro cyclists, I’m guessing. They not only ride without fear. They ride with nervous anticipation of meeting an old friend. As Leadville 100 founder Ken Chlouber said, “Make friends with pain, and you’ll never be alone.”

What happens when it all clicks? Months of training. Scratch that, YEARS of training, mental preparation, successes and failures and everything else. It all combines to show you that your self-belief unlocked something unthinkable.

Back in 2012, I had my race like that. I lived that summer off bulk peanut butter and big dreams, training in a way I hadn’t before, going all-in on myself for the hell of it. During my big race in August, I dropped back from the leader, and I remember thinking something … “___.” Where self-critical thoughts should have been was … blankness. The self-criticism that had held me back in my biggest events was gone. Poof, a cloud of smoke where that dumb voice used to be. I remember passing the leader, but I don’t remember much else until putting my arms up at the finishing tape.

I don’t think riding possessed necessarily means you’re overtaken by force of will, a demon pushing you to new levels. I think it can also mean buying into yourself so thoroughly that the voices saying “I can’t” get quiet, at least for a few minutes.

The voice came back, like it does for almost all of us. But the memory of that effortless, blank transcendence will always be there. I don’t think riding possessed necessarily means you’re overtaken by force of will, a demon pushing you to new levels. I think it can also mean buying into yourself so thoroughly that the voices saying “I can’t” get quiet, at least for a few minutes.

Unbridled, unapologetic self-belief fueled by putting in the all-caps WORK? All at once, that can make it just … click.

Six: They are taking a nature break.

Unlike the Tour riders, I cannot pee while on the bike. Nor can I pee while typing an article. So this seems like a good place to start wrapping it up.

If it wasn’t obvious yet, I have pretty severe writer’s block today. Chances are you have blocks about that or one of a million other things. Our brains are wondrous galaxies of possibility, spinning with infinite imagination, but they can also go dark. “You’re not good enough.” “This will hurt too much.” “You’re getting dropped.” “Give up.”

But remember: Your suitcase of courage is there. Reach in and see what comes out.

Loved it. Even with “writers block.” This one hit home … “Make friends with pain, and you’ll never be alone.” Keep getting ’em out there!

Thank you for this article. Just what I needed to read tonight.