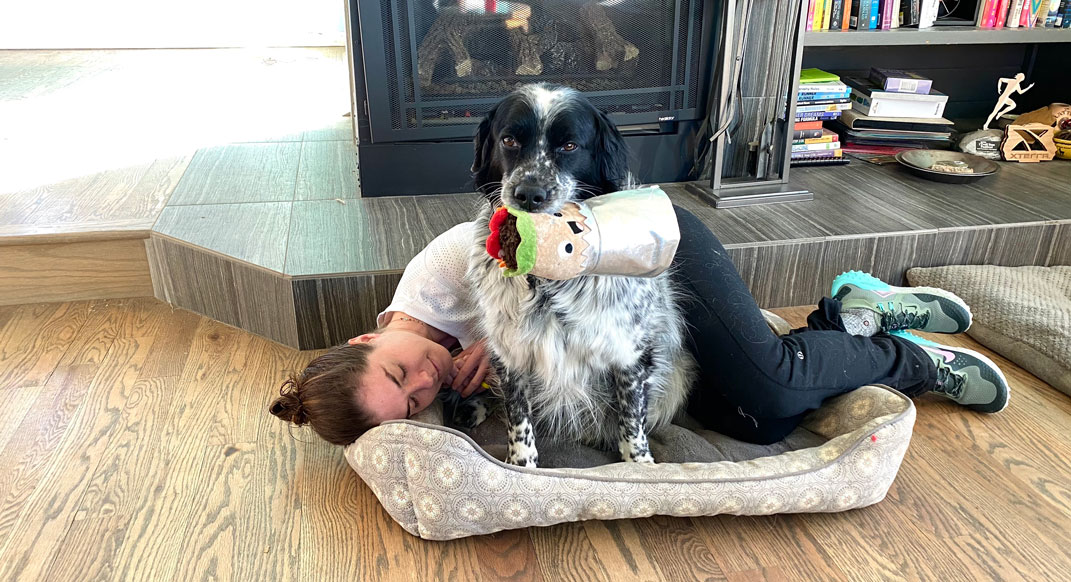 I am writing this article on a Monday. It’s my weekly rest day. Lots of food, little movement. And around 1 p.m., often some existential angst. Irritable? Check. Slow-moving slugman? You better believe it.

Then, if I can, I slog my bitter butt upstairs and wander off into snoozle land. About 20 or 30 minutes later, I usually feel way better about the world. And if that fails, I’m at least 20 or 30 minutes closer to dinner.

I often recommend napping to athletes, and 2021 seems like it could be the year of the nap. After all, a synonym of “Working From Home” could be “Napping From Work.” But does the performance science back-up my perceptions of napping as an elixir against aches, pains, and too-distant dinners? The answer, surprisingly, is only partially.

I often recommend napping to athletes, and 2021 seems like it could be the year of the nap. After all, a synonym of “Working From Home” could be “Napping From Work.”

The studies indicate that napping may be helpful for performance. However, it’s not a requirement, and could have downsides based on timing and impacts on nighttime sleep. Let’s break it down.

I want to start by looking at what high-performance athletes actually do in practice, since I think the study interventions have some limitations that we’ll get into later. A 2014 study found that around half of the 70 elite athletes surveyed were regular nappers. That is backed up by numerous stories of Olympic-level athletes napping like it’s their job. I just googled “Lebron James naps” and my suspicions were confirmed: he often naps multiple times a day. “Galen Rupp naps”… oh, heck yes, he does, forcing himself into bed each afternoon in the lead up to the Rio Olympics in 2016. “Megan Rapinoe naps”… she calls naps part of work. Meanwhile, at a campaign event in 2016, Donald Trump said he was officially anti-nap. You can draw your own conclusions.

In Outside, the amazing Alex Hutchinson reviewed research on napping habits (in particular this 2020 study in the European Journal of Sport Science on sleepability, or the ability to fall asleep rapidly), and came away with this wonderful conclusion. “[Naps are] not necessarily a warning that you’re failing to take care of yourself, or drowning in sleep debt. Sometimes they’re a sign that your mind is at peace, your body is at rest, and you’re lucky enough to have a half-hour to spare in the middle of the afternoon. Here’s hoping for more days like that.”

Are naps common in elite performers because naps contribute to elite performance, or is napping a byproduct of a life emphasizing recovery and relaxation that happens to be common for elite performers? Confounding variables gonna confound.

That raises the difficult question. Are naps common in elite performers because naps contribute to elite performance, or is napping a byproduct of a life emphasizing recovery and relaxation that happens to be common for elite performers? Confounding variables gonna confound.

To answer that question, we can’t look at what athletes do, since the cause and effect are too wrapped up in one another to untangle. Physiologically, theories on positive effects of naps include reducing cortisol, improving hormone balance, improving cognitive performance and reducing subjective feelings of fatigue. A negative effect could be disturbing nighttime sleep, plus some people say naps counterintuitively make them more tired.

Most studies examine naps during the “post-lunch dip.” As outlined in a 2019 study in Physiology and Behavior, that is a midday period characterized by a slight reduction in core temperature and a decrease in the secretion of stress hormone cortisol that can promote sleepiness. Give me a burrito and a blanket, and I’ll be a human sleep burrito in no time.

Here comes the hard part: disparate findings that seem to show no universal response. A 2007 study often cited as the first big example looking at napping and performance found that a 30-minute nap at 1 p.m. improved cognitive performance and sprint performance at 2 p.m. Notably, that was after a night of shortened sleep—just four hours, from 11 p.m. to 3 a.m. Sleep deprivation and tons of tests? Just add Natty Light and it sounds like college.

The 2019 study in Physiology and Behavior found significant improvement for short-term maximal performance after napping. Similarly, a 2017 study in Biological Rhythm Research found improvement in sprinting and hematological (blood biomarker) responses after napping for athletes with partial sleep deprivation. I imagine that the Editor-in-Chief of the Biological Rhythm Research journal is Rihanna.

All of those studies were on intense performance after napping, generally finding that napping may help performance later in the day, with the most benefit after coming into the test with reduced nighttime sleep.

Those findings are counterbalanced by a 2013 study in the European Journal of Sport Sciences that found a 20-minute nap had no reliable benefit on short-term performance. A 2019 study in the Medicine and Science in Sports and Exercise journal found that after normal sleep, naps improved alertness and cognitive outcomes, but did not affect performance or subjective fatigue. Meanwhile, naps restored performance levels in athletes with partial sleep deprivation. Another 2019 study in Frontiers of Physiology found that five-meter-shuttle-run test performance improved in athletes after napping independent of nightly sleep patterns.

All of those studies were on intense performance after napping, generally finding that napping may help performance later in the day, with the most benefit after coming into the test with reduced nighttime sleep.

But how does it apply to endurance performance?

A 2018 study in Applied Sport Sciences sought to answer that question. Eleven trained runners completed an easy 30-minute run in the a.m., followed by runs to exhaustion in the p.m., with a control test and a nap intervention. Runners that improved after napping slept significantly less the night before than runners that didn’t (6.4 hours versus 7.5 hours). Those authors concluded that “a short afternoon nap improves endurance performance in runners that obtain less than 7 h night-time sleep.”

I was hoping to find that napping was amazingly, unequivocally good, if for no other reason than to justify my wish to be a sleep burrito. But it seems like napping may help performance or it may not, with most of the benefits due to how it adds to total sleep amounts.

Numerous review articles come to similar conclusions, with my favorite “who knows” paragraph being from a 2017 review in Current Sports Medicine Reports. “There is no available data comparing the effects of sleep extension through nighttime sleep extension alone versus combined naps and nighttime sleep … Naps should be relatively brief (~30 min) to avoid sleep inertia and avoided late in the day to prevent any disruption of nighttime sleep. While further research is needed to clarify the role of naps in athletic performance, the available evidence seems to suggest that naps could be a useful way to increase total sleep duration during periods when sleep restriction is not avoidable, but not necessarily as a substitute for nighttime sleep.”

On one hand, we know that many elite athletes nap. Anecdotally, the napping tendency appears strongest in athletes with long careers (for your own experiment, google any famous athlete and “napping” like I did in the intro).

On the other hand, there is no overwhelming evidence that naps are the performance-enhancing superpowers they might seem to be. On the third through eighth hands (I’m an octopus), the potential long-term benefits of napping are nearly impossible to isolate from all the other variables that go into performance. As a sleepy writer once said, confounders gonna confound.

(Side note: all of those studies I cited above only included male participants. WHAT. THE. HECK?!)

I am not convinced that we’ll ever be able to isolate the true benefit of napping. Based on napping practices, my guess is that naps accumulate some longer-term benefit outside of just adding to the overall sleep bucket. It’s anyone’s guess whether that’s related to hormonal status, recovery, stress levels or something else. Or maybe it’s just indicative of a life with the empty spaces to take a few minutes to do nothing. Maybe napping and meditating and reading (and video game playing) would all show similar long-term benefits because it’s a sign of a chill and recovery-focused life.

When you can, take a few early afternoon minutes and close your eyes, even if it’s just 10 minutes in an abandoned conference room. You don’t need to fall asleep—heck, we don’t even know if it does anything substantial for your performance or health.

But I do know this for sure. Some time with your eyes closed is time that you aren’t working, or scrolling, or stressing (as much). And no matter what that does for performance, it’s time well spent.

Really, NAPS! Who has the time to take naps?