The studies don’t all agree, but the general consensus is that alcohol consumption can impair athletic performance for some people. 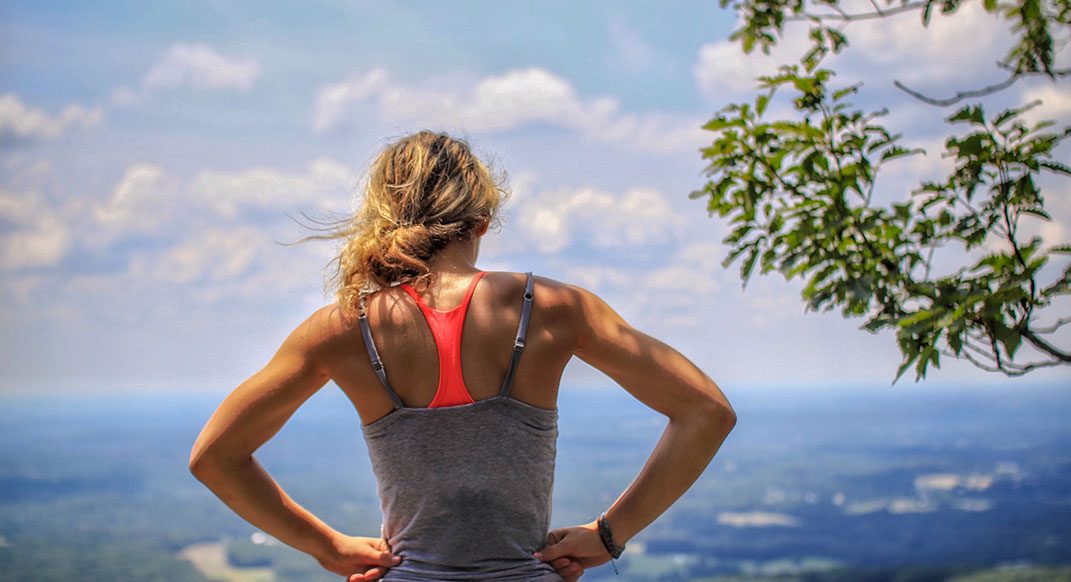 Will one too many IPAs affect your running performance the next day? For some, yes. For some, no.

Late in races, ultramarathon champion Camille Herron is known to drink a beer or two. She usually goes on to incredible performances, reshaping what we think is possible.

I have seen pro runners drinking beers after track workouts. The night before races, some athletes swear by a drink to relax. I have yet to see an athlete pour an IPA over their sweaty head to cool off, but I honestly wouldn’t be surprised if that’s coming to a trail near you.

I started with those anecdotes just to counteract what’s to come for most of the rest of the article. To summarize, alcohol is generally thought to reduce athletic performance through its metabolic, recovery and neuromuscular effects. But it’s complicated. There seem to be varying impacts depending on the person’s physiology and psychology, along with countless other variables.

A 2008 article in the International Journal of Obesity put it all together in one unsatisfying conclusion:

“Whether or not alcohol influences exercise and sport performance remains contradictory. It is believed that alcohol has deleterious effects on performance, although it may contribute to reduce pain and anxiety. The alcohol effects on sports performance depend on the type and dosage of alcohol, acute vs chronic administration, the alcohol elimination rate as well as the type of exercise.”

Alcohol is consumed by tons of athletes (me included), and we aren’t 100% sure how it impacts performance. So let’s dive down into the muck and look at some things to consider. Warning: do not play a drinking game for every uncertain conclusion, or you may not make it to the end of the article.

You probably shouldn’t do it. I am not going to cite tons of studies for this proposition, just because sometimes the best answer is “duh.” Interestingly, older sources sometimes refer to alcohol as a possible ergogenic aid that could improve performance in some people. A 1982 position paper from the American College of Sports Medicine put that notion to bed, and a 1986 study found in the British Journal of Sports Medicine found that alcohol consumption reduced running performance at distances over 100 meters. The studies since back that up, like this 2009 study in the journal Alcohol and Alcoholism that saw a significant decrease in cycling power even with minor amounts of consumption.

However, Herron’s experience indicates that there may be some things that the studies don’t measure, possibly related to digestion or the psychology of pain and anxiety.

A 2014 review article in Sports Medicine indicated that alcohol can inhibit inflammatory processes that are key to recovery and adaptation from intense exercise. In other words, it might make you feel good short-term while slowing down long-term growth. These impacts are tough to isolate in a controlled exercise science study, however. Timing and quantity of alcohol are immensely important, and minor social drinking may have no impact at all (or provide a benefit if it reduces stress).

The most substantial impacts may be to the hormonal system. A number of studies indicate that alcohol ingestion can decrease production of testosterone, melatonin, serotonin, and human growth hormone, while increasing stress hormone cortisol. As always, it’s more complicated than that simple snapshot. For example, a 2003 study found that low levels of alcohol can actually increase testosterone production.

Alcohol could also impact protein synthesis, partially through its effect on insulin growth factor-I and insulin. However, relevant studies are sometimes done on rats or cultured cells, involving extremely high levels of alcohol (one study I saw would be equivalent to 24 standard drinks in a human). A 2014 study in the journal PLoS one found that even when protein was ingested at adequate levels while consuming alcohol, protein synthesis was impaired after resistance exercise. That could impact muscle recovery, along with undercutting my idea for a start-up that makes whey protein cosmopolitans.

There could be impacts to absorption of other nutrients as well, but those are uncertain. On the flip-side, as outlined by this 2015 review in Nature, low levels of alcohol consumption may be associated with better cardiovascular health and even reduced premature mortality, though the exact significance of the association is debated. That may be the most important finding of all, as it’s hard to run a 5K PR when dead.

A 2006 review article in the Current Sports Medicine Reports journal indicated that alcohol could impair glycogen synthesis in skeletal muscle and the liver. That finding was backed up by a 2003 study on cyclists in the Journal of Applied Physiology, but those authors noted that it could be due to indirect effects of displacing carbs with alcohol, rather than alcohol consumption alone. So if you have enough carbs, alcohol may have no impact on glycogen stores (though the increased calories necessary could impact bodyweight). Perhaps most interestingly, the cyclists had a lot of variability in their responses. For some, alcohol had a massive impact on their physiology. For others, it was relatively minor. Perhaps that last group was in a frat.

A 1997 article in the Journal of Applied Physiology reviewed something that Chumbawumba tried to tell us–alcohol makes you pee the night away by suppressing an antidiuretic hormone from the pituitary gland. That study found that drinks of 4% alcohol content or greater slow recovery from dehydration (not observed in more dilute drinks, so maybe Utah’s alcohol laws were made by an exercise physiologist). The hydration impacts are mirrored by other studies, but with enough variability to make a concrete conclusion impossible.

Drinking the day before exercise

The 2006 review article indicated that aerobic performance was diminished the day after excessive alcohol consumption, with other studies finding effects on the heart and cardiovascular system from excessive consumption and hangovers. A 2010 review in the journal Nutrients indicated that alcohol could reduce muscle strength, but studies vary on the topic. Hangovers don’t help, as a 2000 Sports Medicine article found more than 2 times higher rates of injury in habitual drinkers and 11% reduced athletic performance within 24 hours of drinking. It could impact sleep too, but studies are all over the place. On top of that, the impacts to recovery, metabolism and hormones could all have acute effects, but it probably varies a ton by the individual.

To put it all together, it’s complicated. In researching this article, I came across one particularly scary study. It wasn’t on athletic performance, but I think that it really applies to long-term athletic training. The 2007 study in the Journal of Studies on Alcohol and Drugs found that alcohol consumption negatively correlated with college GPA even when controlling for SAT score and high school class rank. Those findings aren’t duplicated everywhere, but it echoes what I have seen in coaching. Give me two equally talented athletes, with one drinking and one not, and the one that doesn’t is usually more consistent, healthy and motivated over time.

That observation likely has so many confounding variables that it sent every statistics professor to the liquor cabinet. I get that. There are many non-performance factors to consider with alcohol that are beyond the scope of this article, from the risk of addiction to social pressure to long-term happiness. As always, talk to a doctor or psychologist if you are unsure (though perhaps don’t ask a bartender or Chumbawumba).

This article is not designed to tell you to abstain from alcohol. Moderate drinking may even improve health for some people. Just don’t elevate alcohol as a magical elixir that will improve athletic performance.

To alcohol! The cause and solution to all of life’s problems.

I have decided to train for trail running, as I have always loved being in the nature’s lap and the idea of trail running really thrills me. but i am also struggling with alcohol consumption, I think I just landed on the perfect place to get information about it. just loved the last para “This article is not designed to tell you to abstain from alcohol. Moderate drinking may even improve health for some people. Just don’t elevate alcohol as a magical elixir that will improve athletic performance.” It really cleared some confusion.

I’ve always found the problem to be keeping it in the glass on the more gnarly sections of trail.

Amount matters. So do timing and many other conditions. Personally I won’t drink in the days before the race, especially day before, if I care about my performance. During ultras? In a 100K I had an upset gut; a cup of beer around mile 45 cured it and I felt better and ran faster for rest of race; I have friends who have had similar experiences. A smaller cup at mile 8 in a 50K had opposite effect (but I sure enjoyed it!) And a shot of Jack Daniels at mile 45 in a 50 miler either made me faster… Read more »

David, who is this great thought guru Chumbawumba?

I’m a trail runner and research neuroscientist. I am putting my personal experience into a comment in case it is useful for other runners. It’s a bit long winded but I’ve been looking for this type of info so I’m hoping some other alco-athletes find it useful. And yes, I live in Ireland. 🙂 I drink probably more than many people but I also train more than most people. I drink on average probably a bottle of wine a day but I go through phases where I drink more or less. I have had this drinking schedule for approximately 5… Read more »

I dont run on trails I run though and about 4 to 5 times a week. I also swim about twice a week most weeks and less if I am training for a race so i can get some needed rest before the event. I read your post and my jaw dropped at times as I can’t and I mean no way can’t drink and train. I enjoy a cold beer after my long runs and track sessions in summer. I call it liquid bread and I look forward to my can in the fridge which I usually gulp down… Read more »