Big Marathon Workouts, and How You Can Use Them For Trail and Ultra Races

Not every long run should be hard. But occasionally, it may be time to go big or go home. 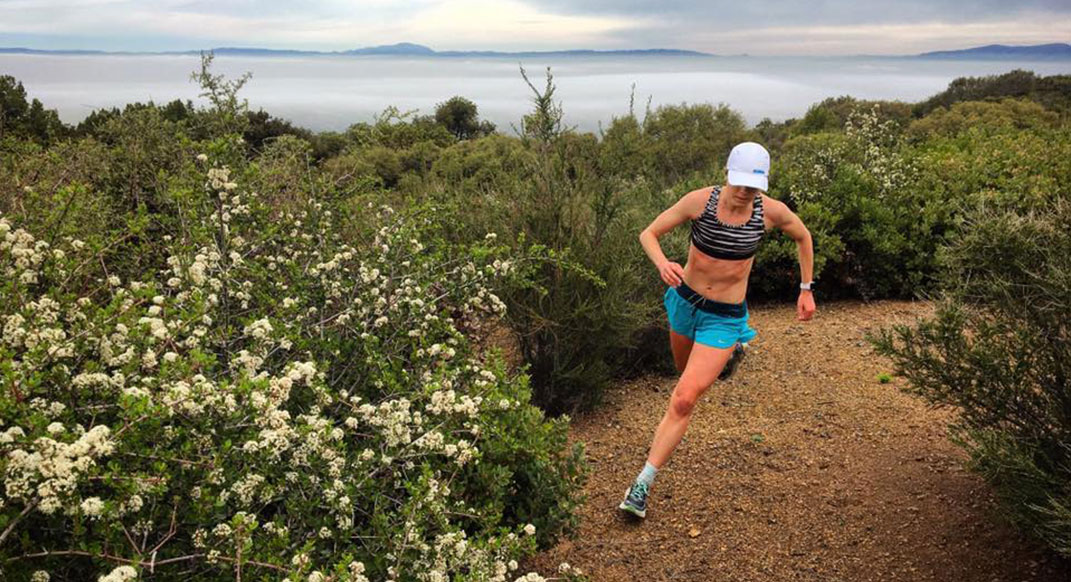 Road marathon training is fascinating because athletes at the top level are exploring the outer limits of their potential. There are no shortcuts to top performance. In training, a top marathoner needs to go all-in.

Nailing the correct effort for a personal best performance involves optimized running economy around aerobic threshold. In turn, that requires a massive aerobic base at the low end of the spectrum, and well-developed speed (velocity at approximately lactate threshold) at the high end. Athletes need to be able to process and clear lactate and associated byproducts of fatigue at fast paces, optimize lipid metabolism, develop musculoskeletal resilience to handle 26.2 miles and have biomechanical/neuromuscular efficiency as fatigue takes over. It’s like solving for a math problem with 10 unknown variables, with each of those variables constantly changing, and an answer that won’t be known until race day. Sometimes, it feels less like math, sometimes more like sorcery.

Trail runners can use similar principles for breakthroughs in races longer than a couple hours, when running economy at moderate effort levels is most important.

A bit too hard relative to fitness (usually indicate of substantially exceeding aerobic threshold for too long or inadequate training that makes efforts around aerobic threshold less efficient), and an athlete burns through glycogen stores or breaks down biomechanically and a gorilla jumps on their back with 10K to go. My guess is something similar happened to Greek messenger Philippides when he ran the first marathon to tell the Assembly in Athens that they beat the Persians in battle. Philippides was highly motivated and pushed all the way to the finish, but his training probably missed a few key components to run a strong negative split. Thus, after he reached the Assembly, he promptly keeled over and died.

I’ll admit it, Monday-morning quarterbacking Philippides’ training 2500 years later is unfair. But a key component to top marathon performances that he likely missed is the long-run workout. Key long-run workouts usually come in the final couple months of a marathon training cycle, on a base of aerobic and running economy development, designed to optimize efficient speed or power output around aerobic threshold and above. Every training system varies substantially, but many will do a few key long-run workouts mixed with more standard long runs, with variance based on athlete and coach.

Trail runners can use similar principles for breakthroughs in races longer than a couple hours, when running economy at moderate effort levels is most important. Unlike road marathons, pace doesn’t really matter in trail races due to the variance in terrain. So when adapting these workouts, think about effort and approximate time, rather than pace and distance. Consider doing them on terrain similar to your race to work on specific biomechanical adaptations (though doing them on faster terrain has some benefits, too).

Most importantly, adapt the workouts to your goals and abilities, doing them in extreme moderation to avoid a day like Philippides had in 490 B.C. Not dying is a solid “A” goal for most training sessions. At most, a pro ultra athlete I coach will do two or three key long-run workouts in a training cycle (often 3, 5 and 7 weeks out from race day), though athletes of all levels can benefit from some of the principles.

These workouts are long and intense, requiring a big fitness base. Even then, they are risky, so be safe (much like these big workouts I wrote about last year). Here are some legendary workouts that would even impress Herodotus.

I first saw this specific workout from top coach Mario Fraioli (sign up for his Morning Shakeout newsletter here), and I almost think it should come with an all-caps SPOILER ALERT. Do this 3 to 5 weeks before a key event, rock it, and SPOILER … it’s going to be a good race.

5/4/3 are all at marathon effort, 2 is at half marathon effort and 1 is at 10k or faster. The recovery miles can be an easy jog, or for advanced athletes, a “float recovery” at an easy-but-honest effort. U.S. Trail Team member Zachary Ornelas did this workout a few weeks before his 2:17 marathon at CIM, and he said that it was the moment he knew he could run under 2:19 to qualify for the Olympic Trials.

Trail Example: 25/20/15/10/5 minutes on with 6-8 minutes easy recovery, with same progression of effort. Omitting the 25 minute interval is ideal for most athletes.

Similar workouts involving pace variation around marathon effort have been staples of training programs for years, but I first saw this workout attributed to elite coach Ben Rosario of HOKA NAZ Elite (buy his book written with Scott Fauble here). It’s a good way to spend a lot of time around marathon effort and many athletes find it more mentally engaging than some of the other workouts on this list. By alternating time spent above and below aerobic threshold, athletes can improve energy utilization and fatigue clearance at faster paces (though like always, the body adapts in non-linear and multi-variable ways).

Long, steady runs around marathon effort provide a whole bucketload of toughness points, simulating the demands of race day. In the U.S., coaches to multiple Olympic marathoners Keith and Kevin Hanson have popularized the 26.2 kilometer tempo run, often around 5 weeks before race day (buy their book here). It’s also a great chance to practice fueling and race day mindset, though expect it to feel harder than the same distance will on race day.

The mental fortitude to maintain focus over long races is one of the most important elements of successful distance running. But enhanced aerobic efficiency is most important of all. Sustained runs at a steady-but-not-moderate clip work on both. Eliud Kipchoge’s training log before the 2017 Berlin Marathon included multiple 25-mile tempo runs over tough terrain a bit slower than marathon effort, and it’s a staple of programs designed by many coaches, including Renato Canova.

Trail Example: Longer training race or 2 to 3 hours at a steady-but-relaxed clip, practicing fueling and working on uphills and downhills

3 x 5K at a bit more than marathon effort, progressing slightly in each interval, with 2-3 minutes easy recovery

There are no shortcuts to aerobic development (well, none that are legal). 5K intervals (or the 3 x 3 mile workout for those that prefer imperial units) get athletes major aerobic stimuli, but in chunks that are more manageable. This workout comes from Renato Canova’s book Marathon Training: A Scientific Approach, with similar workouts used across training systems. Start each interval around marathon effort, ending with a bit more effort, with short recoveries to promote some fatigue accumulation.

Another Canova workout, this semi-structured progression run provides a controlled way to get a major aerobic stimulus. That first 30 minutes often feels joyful and carefree, while the last 30 minutes can feel like the closing miles of a race. Rapidly accumulating fatigue will require your body to preserve glycogen early in the workout, before turning on the furnace later, providing a good guideline for pacing and possibly enhancing subsequent adaptations.

Trail example: same. You can also use 20 minute chunks for a workout that requires less recovery time.

And there are tons more! I had a whole other section written on Canova Special and Specific blocks, but decided that they needed their own article to be given proper context. In the meantime, you can read this wonderful blog from 2:14 marathoner Nate Jenkins for a preview.

All of these workouts involve playing with fire. Mess them up, and you may get burned through a failed workout, injury, burnout and/or overtraining. But time them right, with plenty of recovery before and after, and you might find out a not-so-secret fact.

Marathoners are forged in the fire.

I’d suggest to learn more about Philippides and his runs around the battle of Marathon, including his two incredibly impressive, gruelling long runs between Athens and Sparta, before saying his training was “missing a few key components”. Making a mistake like that at the beginning decreases a reader’s trust in the value of the information in the rest of the content. Otherwise it’s a good article with interesting workouts described.