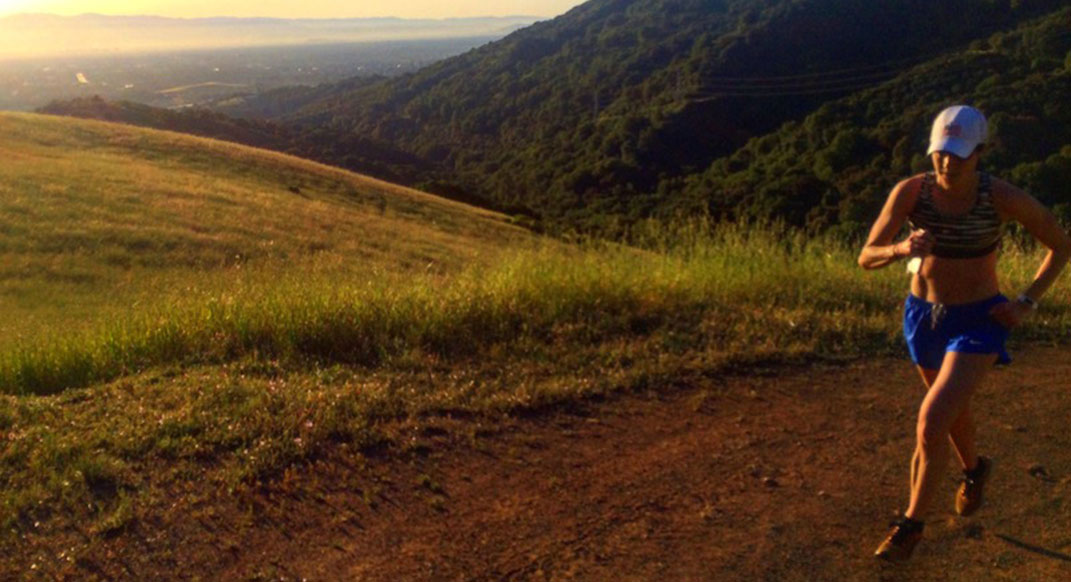 Include lots of elevation change on your runs to prepare for hilly races. Photo by David Roche

Here is what I mean. Developing your speed is a prerequisite for being the best runner you can. However, no matter how fast you are, if your body is not prepared for the unique demands of maintaining uphill form and withstanding downhill pounding, you will find yourself struggling at the end of nearly every trail race that has elevation change.

Chris Mocko is a great example of this principle at work. Chris is astoundingly talented. He ran collegiately at Stanford before making a name for himself as one of the fastest runners on the Bay Area road-racing scene. I saw him registered for the Way Too Cool 50K (a race I was also doing), and I was quaking in my trail shoes. He is fast, smart and experienced, in addition to being tall, dark and handsome. This was going to be tough.

At Way Too Cool, Chris finished in the top-10—a wonderful result, but he wasn’t on the podium like I expected. We spoke after the race and talked a bit about his training. It wasn’t the miles—he had plenty of those. So what was it?

In addition to being a great runner, Chris Mocko has great shorts. Photo by Paul Mocko

Together, we schemed. Maybe it wasn’t how much he was training, but how he was training. We decreased his total mileage, instead focusing on chasing “vert,” or how much elevation gain and loss there was on each run. On every single weekday run, I asked him to get in 1,000 feet of climbing. Each weekend run would have 4,000-plus feet. He had the speed—we needed to unlock his strength and resilience.

Just one month later, Chris broke through. At the competitive Gorge Waterfalls 100K (which has 12,000 feet of climbing), he finished second overall, under the previous course record, having run the fastest all-time split for the last 10 miles. By running mountains, he had accomplished a mountain of a feat. He qualified for the Western States 100 Mile.

How can you work on your strength and resilience? In addition to running miles and working on your power, you need to chase vert like Chris. However, the importance of chasing vert depends on the type of event you are training for. Here’s a quick guide.

Less than 100 feet per mile

For less mountainous races, the risk of having your legs shredded by sustained downhills is lower, but still something to take into account.

Run hills like those in the race at least once a week, preferably during your long run, focusing on going fast on the downhills and strong on the ups. Don’t worry too much about total vert in training. As long as your body is accustomed to the variation you will see on race day, speed (such as that gained from normal road-running training) should be your focus.

When the hills stop being polite and start getting real, you need to think more about chasing vert. One mid-week run should be over hills, and your long run should have at least the same elevation ratio as your race, if not higher. The key is to run the downhills at race effort in training so that your legs don’t turn to jello on race day.

Finally, try to include even more vert in your final, key long runs to be confident that your body can withstand the potent combo of distance plus gravity.

Now, the mountains ain’t fooling around, so you can’t fool around neither. Shake what your momma gave ya up and down mountains every weekend, aiming to run steep grades like you will see on race day. During the week, run hills as often as possible.

You still need speed in this sort of race, but strength becomes the most important element of finishing to your potential. If you live in a flatter area, consider doing some sustained uphill workouts on the treadmill, and run the steepest downhill you can find as often as possible in training to prepare for the pounding.

More than 250 feet per mile

When the going gets this tough, you should start running up and down mountains whenever you can.

Zach Miller, winner of the 2015 CCC 101K (a sister race of the Ultra-Trail du Mont-Blanc), famously runs up and down the steep slopes of Pikes Peak for almost all of his training. When I asked him about it, he said that for the types of races he competes in, he thinks it is most important to “train steep.” Follow Zach’s lead and track your runs in vert instead of distance.

Before big races, I sometimes use run-tracking platform Strava to size up the competition. I don’t look at other runners’ mileage or personal records, but at the total vert they ran in the last two months. The extremely fast people always have the potential to be really good. But the somewhat fast people who are also vert monsters have the potential to be nearly unbeatable. 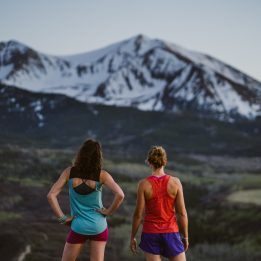