Cross Training Could Help Your Running 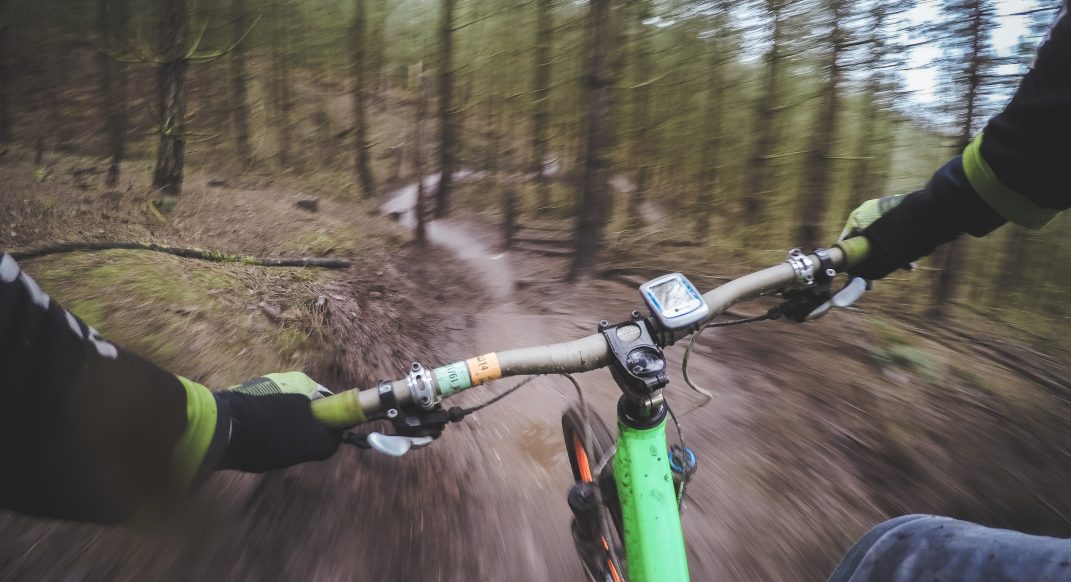 Photo by William Hook on Unsplash

In late 2013, I woke up one morning and it felt like a family of over-caffeinated squirrels was nesting in my hip joint. It was a badly torn labrum, and I’d end up being out of running for the next six months.

After a couple of months completely off, I grew frustrated with the healing process. Who gave those squirrels espresso?! So I bought a membership to a local gym and started hopping on the stationary bike and the elliptical.

At first, I was like a bear emerging from hibernation, groggy and slow. But little by little, that cross training lit a spark under my butt, waking my body up. I thought I was just cross training myself into a puddle to stay sane while I healed. Something much cooler than that happened. A few months later, I came back to running and had my best season ever.

You hear anecdotal stories like that all the time, with cross training preceding breakthroughs. Larisa Dannis won the Javelina Jundred 100-Miler after spending a lot of time on the arc trainer (similar to the elliptical). Meb Keflezighi swears by the Elliptigo. Kilian Jornet spends all winter on skis before putting on his trail shoes and dominating (when he puts on his trail shoes, doves spontaneously fill the room and a harp plays an angelic hymn). But what does the science say? What should you do? Where did the doves come from? Let’s answer some questions about what we know, and what we don’t.

OK, OK, back up. What do you mean by “cross training”?

That’s not running, though. Why might it help running?

The argument against cross training is that it is a non-specific stimulus. You must run to get good at running. Doing other stuff just makes you good at other stuff.

Cross training can help because in addition to making you good at that specific activity, it supports physiological adaptations that play a role in strong, healthy running. Let’s break it down.

Aerobically, cross training could improve oxygen-processing power, enhance capillary growth, and help build blood volume, all adding up to maintaining or improving VO2 max and lactate threshold, among other variables. My cross-training story likely was because the bike and elliptical workouts were far harder than running training, leading to VO2 max and lactate threshold improvements. To put it another way, the aerobic stimulus is similar (and can be better), even if the activity is different.

Cross training diverges from running for biomechanical and neuromuscular adaptations. To simplify it, the movement patterns are different, so cross training alone will probably not make you faster. However, there could be benefits for leg muscle strength depending on the activity.

Great, so all these cross-training activities are created equal?

Thank you for asking the perfect strawman questions, bold-faced-type question-asker! No, cross-training effectiveness likely varies based on those last two adaptations we talked about: biomechanical and neuromuscular. Since every activity provides some aerobic benefit, the closer the movement pattern is to running, the more it likely helps.

I call it the “Specificity Totem Pole.” At the top is running, then hiking, cross-country skiing and stairmilling. Below that is elliptical and pool running and biking, then swimming, then cat tug-of-war. Slot your activity of choice in the hierarchy based on weight bearing and how much the movement mimics running (along with the quality of the aerobic workout).

Why the ranking system? Not all aerobic development is created equally. The principle of specificity likely means that the closer that the closer activities are in biomechanical and neuromuscular stress, the more transferable the adaptations. So cycling at a cadence of 50 is likely less helpful than cycling at a cadence of 90 or 100, even if the same amount of work is being done. And cycling is probably better than swimming (but, as always, it depends).

That makes sense, I think. When should I cross train?

There’s no cross-training consensus just like there’s no consensus on which is the best Power Ranger—it varies based on the individual. That’s the really complicated thing about cross training (and running training more generally): there is no universal protocol that works for everyone. However, research shows two general principles.

First, cross training in addition to your current running program, could be helpful. One study in the European Journal of Applied Physiology and Occupational Physiology (which really needs to work on simplifying that name) took 30 runners and split them into three groups. One continued running as they were, one added swimming as cross training and one added more running. Both the cross-training and increased-running groups got faster (the increased running group improving by a good bit more), while the continued running group did not. A small four-participant study of elite triathletes in the International Journal of Sports Medicine found fitness transfer between running and cycling over 40 weeks.

As always, it’s not that simple. Another study in the International Journal of Sports Medicine found that cross training via cycling improved VO2 max, but reduced running economy, all adding up to no change in performance. Anecdotally, I have seen similar results in athletes who add cross training to running programs: some improve, some stay the same, but there is usually no regression as long as stress is controlled.

Second, cross training to replace running could be helpful or detrimental depending on the reason for the shifted training approach. One study in the Journal of Strength and Conditioning Research found that four weeks of outdoor elliptical training led to the same physiological and performance results as running. An interesting thesis paper by a master’s student at Appalachian State did a five-week intervention with a running group, elliptical group and biking group. The elliptical and biking groups got slower, but their VO2 max didn’t drop (in other words, running economy decreased but they maintained aerobic fitness).

Yeah, yeah, yeah, you can find a study to show anything. And don’t cite an unpublished thesis paper. Give it to me straight … what’s the takeaway?

The takeaway: cross training as a replacement to running altogether likely won’t make you faster, and it could coincide with performance decreases. But cross training should help maintain or improve VO2 max and lactate threshold, which could make running faster if it’s put to work with run-specific training either at the time or later. On top of that, less trained athletes that are VO2-max or LT-limited or aging/injury-prone athletes that are volume- or intensity-limited could benefit from cross training independent of running training. And some of it likely depends on how intensely an athlete can cross train.

That should have been the first paragraph. What do you recommend for athletes?

In a perfect world, you run lots and get stronger and faster from specificity. But the world isn’t perfect. And that’s where cross training comes in.

This is one of the most nuanced, hilarious, helpful, and refreshing articles on running I’ve read in a long time. I’m currently volume and intensity limited due to injuries, so I found this article motivating and useful. Thanks!

I’m a great believer in crosstraining. I don’t have time to run, commute + job + raising kid is too much. I do have time to bike-commute, it’s only a tiny amount more time. So I bike-commute most of the time, rarely run, and I’m still able to go out and do ultras.

At 68, and a dedicated trail runner who also bikes about as much, I’ve always wondered how much cycling helps my running. No doubt running helps my cycling. I frequently ride a 400 mile group ride called Bike Maine late September for a week (about 65 miles a day with 25,000 ft climbing over the week). I get an incredible “bump” in running performance from that event specifically in endurance and ability to run long hill climbs that I had previously trained on running in my Hoka’s of course.

Where would you put incline treadmill walking in the hierarchy? Better or worse than the stair mill?