Dream Big and Go For It 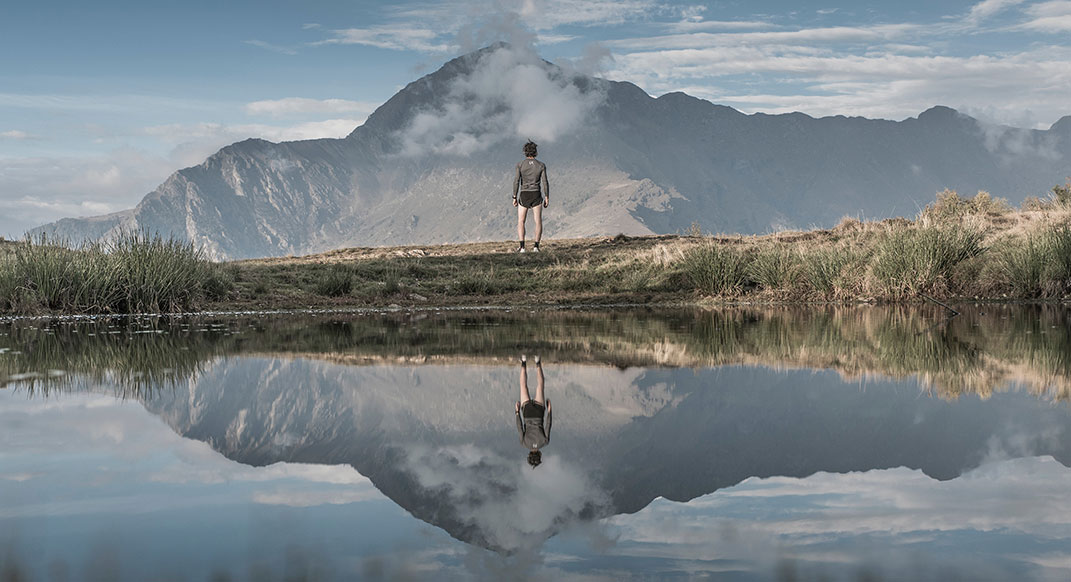 Most coaches eventually reach a point where they start talking as much about life as they do athletics. In basketball, the coach of the 6-time NBA champion Chicago Bulls, Phil Jackson, was called the “Zen Master” for his motivation tactics focused on the spiritual nature of the players. Nowadays, Steve Kerr and Greg Popovich are just as likely to have a press conference on what it means to be a good person as a good perimeter defender. In baseball, it’s the Cubs’ Joe Maddon. In football, it’s…well, football might not be a good example, since a spiritually-inclined coach would probably tell players to try a different sport.

Running and other individual sports may be the biggest culprits. Listen to a longer podcast with a running coach, and it often becomes about life, the universe, and everything. I’ve always wondered why that is. What is spiritual about telling people to run a certain amount each day?

Running can be transcendent and magical, but just as often it’s mundane and disheartening.

My conclusion is that it’s not about the running, or the basketball, or whatever else. Instead, it’s about the failure.

When you think about it, running is all about the things that could be construed as “failure.” Every time you race, you’re setting yourself up for disappointment. Each training day can end in disaster. And awaiting all of us sooner or later? Terrible, horrible, no-good injury. Running can be transcendent and magical, but just as often it’s mundane and disheartening.

So why run? Or why do other pursuits so often defined by failure in a similar way, like stand-up comedy or writing or basically any sport? I would argue that it’s because of the failure, not in spite of it.

Running is life boiled down to its essence, with joy and sadness and fear and courage, but without the same life-or-death stakes of life itself. Each run is a chance to improve our fitness, sure. But more than that, it’s a chance to learn about ourselves. Usually, that learning process is framed positively, especially in sports like football. You can imagine the signs on the walls of weight rooms everywhere:

Pain is weakness leaving the body.

Do something today that your future self will thank you for.

Always be the hardest worker in the room.

Do squats because nobody wrote a song about a small butt.

That stuff is all interesting. Hard work leads to outcomes. Toughness and strength. I am a powerful wildebeest. RAWRrrrr.

But what’s way more interesting to me are the sayings that won’t be on weight room walls, but are plastering the sides of every runner brain sooner or later.

I’m injured and depressed, what do I do now?

That race was so bad that I am embarrassed to show my face in public.

That right there is the good stuff. Pour it into a pitcher and I’d order a shot of it for the whole room. What all of that amounts to is an emotion that unites most people: insecurity. Yeah, we may want to be the type of person who works hard and succeeds based on toughness and talent and self-assured good looks. But most of us don’t feel like that most of the time.

Running is about pushing back against that insecurity and uncertainty. You will have crap races? Race anyway. You will get injured? Run anyway. Failure is right around the corner, but like a clueless teen in a horror movie, we run around that corner anyway. In that way, it’s just like life. Death awaits us all, but we move forward with a full head of steam, trying to do what we can in the meantime.

Yeah, I realize that got out of hand quickly. This existential BS is the type of thing I was talking about with coaches. If I were reading this, I would assume that I’m the type of person that watches Fast and The Furious 10 and sees the spiritual metaphor when Hobbs drives his motorcycle up the side of a skyscraper.

But the reason lots of coaches are like this (and I apologize) is that they get to see lots of athletes go through their journeys. There may be some wins, usually way more losses, and awaiting every single one of them is age-related decline. The wins and losses matter, sure. But they only matter insofar as they contribute to character development, love, connection, or whatever else you consider the broader goal of a life well-lived.

What Matters in the End

To summarize the athletic epiphany, the results are monkeys playing poker, an interesting diversion without greater meaning. Instead, it’s about the experiences and how they shape your sense of self (and if you live in a state where weed is legal, how you relate yourself and your existence to the universe).

Comedian Pete Holmes said on the Rich Roll podcast that “Life is about falling down, getting up, and talking about it.” For Holmes, that perspective isn’t from becoming one of the top comedians in the world, with an HBO show and a bestselling book (buy it here). It comes from getting divorced at 28, losing his faith, then finding love and spirituality all over again.

In the same way, runners don’t get the perspective of self-acceptance by winning races and reaching goals. It comes from getting injured, from DNFing a goal race, from pooping yourself in the woods while doubled over in pain. Coaches see people go through that growth process all the time, getting a behind-the-scenes look at the lowest moments in an athletic life. And most have the same realization. Every failure is an opportunity. Fall down, get back up, talk about it.

Think about the type of person you are. Dig down deep, into your soul. Where did that come from?

I bet you didn’t say “glory”. I doubt it was “success”. Honestly, I hope it wasn’t winning, unlike the answer I imagine from a certain world leader.

Instead, it’s probably adversity. You faced the crap and came out the other end. Maybe you were able to laugh at it, celebrating the low points, saying “Yes, thank you” when the universe punches you in the face. Or maybe it took more time, and you are just now able to look back with a wince and respect yourself for getting through it. Either way, it made you who you are. And who you are is freaking awesome.

What does that mean for your running life? I’m not really sure. Every person is so different. But I will say this: when it comes to running, you have nothing to be afraid of. All coaches would probably agree. The lowest lows precede the highest highs, and the highest highs precede the lowest lows, and the whole time you can grow and learn and connect in ways that bring light to your life and the lives of those around you.

You will have crap races? Race anyway. You will get injured? Run anyway.

So go for it. Run with passion, race fearlessly, chase your craziest dreams without caring too much about how realistic they are. Do that, and yeah, you might fail.

And that’s pretty much the whole point.

Great reminder. I was a complete mess when I had my first ultra DNF (in my first ultra race) losing more fluids crying about it afterwards than I did the whole race. Which was in a desert!! Now I’m trying to train again with chronic tendinopathy, and reading this positive piece, I am reminded to be chuffed at running again, even if it feels like a slow shoe shuffle. Lucky me to be moving forwards!

Great article. really enjoyed it and could relate 100%. Following a tough race this past weekend and becoming more “spiritual” in the past 6 months or so in my life, it really felt like you were speaking to me. thank you

Very interesting article that is great to reflect on.

I recently ran a 20 mile long run and felt completely depleted afterwards. I was hoping to run a 50 mile race next summer, but after this long run I thought “I’ll never be able to do 50 miles if I can barely suck it up for 20.”

I’ve run a 40 mile ultra before and just barely scraped by the closest cutoff by 5 minutes. But despite cutting it so close, I successfully finished and had one of my top three favorite runs of my entire life.

I was hoping for a repeat experience. Just going to take more “sucking it up” and sticking to a higher mileage plan than what I’m used to.

And maybe I’ll DNF. Who knows. 50 miles is a long way and a lot can go wrong. But maybe I won’t. And maybe that chance is worth striving for.