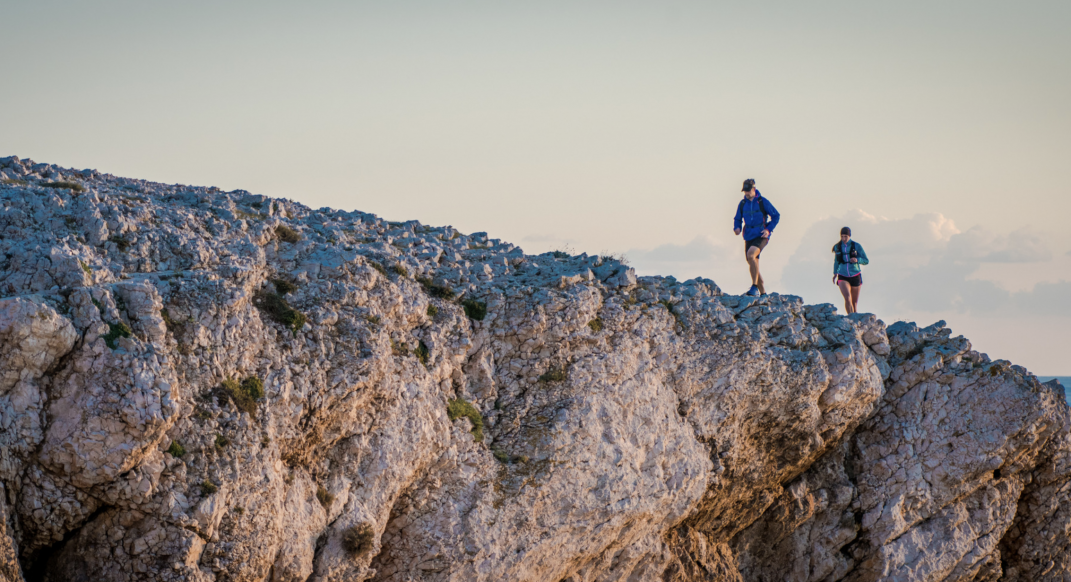 Not only is emotional intelligence a crucial skill for living a happier, healthier life with more stable and meaningful relationships, but it’s also crucial for peak performance on the trails. Different thoughts, emotions, and feelings are constantly coming and going. During the time surrounding an important event like a race or hard workout, feelings and emotions are often heightened and experienced more intensely and acutely creating the perfect environment for a quick, unproductive reaction rather than a helpful, calculated response.

One thing I’ve noticed in my work with athletes and in my own life is that the issue begins because we aren’t actually that accurate at interpreting and identifying what it is we are feeling, in the first place. What we label as one emotion, might actually be something else. Our interpretation and perception of our experiences have everything to do with how we respond to them. So, it’s easy to understand why accuracy is important when it comes to laying down your best effort on the trail. The following are just a few of the most common emotions that I see people mistake one for the other.

Fear and doubt can feel very similar, but they have important differences. Fear is a biological response and often has to do with your external environment or potential risks and threats that are present. Doubt is an emotional response that usually has to do with your assessment of your ability to successfully accomplish something. Mistaking one for the other can have some consequences.

When you’re experiencing something that feels like one of these two emotions, dig deeper. Are your body and mind just responding appropriately to possible risks? If so, that’s not a bad thing as long as you don’t let fear take the steering wheel or rob you of logical decision-making. Maybe some bad weather rolled in for your race or you’re competing again for the first time post-injury – in each scenario, it’s totally normal and actually helpful to acknowledge the risks present so that you can plan accordingly.

On the other hand, if what you’re experiencing feels a little bit more like doubt then that also deserves a further examination. If the doubt is warranted and there is a legitimate reason why you’re questioning your ability on that day, then maybe the plan needs to be revised. If you take stock of your resources and realize that you do have what you need to meet the demands of the situation then it’s time to lean on your mental skills training to combat the unproductive self-talk or low confidence being caused by the unwarranted doubt.

We’ve all had the pre-race nerves. One of the most impactful shifts I made in my own running career was when I adjusted my relationship with and perception of what I used to call “nerves.” Being nervous and being excited can feel very similar, particularly physiologically. The difference is that labeling it as “nervous” often provides a negative evaluation. Nervousness is typically accompanied by worry and concern. On the other hand, excitement is accompanied by a lens of eager anticipation.

I remember I used to think that it the nerves crept in that it automatically must mean I wasn’t ready to race. Now, I few the same experience as excitement. My brain recognizes the adventure we are about to go on and is eager to get underway. Even though my physiological experience is the same, I now view it as excitement and anticipation and not nervousness.

The post-race blues are real. Last month, I took a crack at the Rim-to-Rim-to-Rim FKT, something I had been training for for several months. I ultimately ended up falling about 10-minutes short of the record, but still considered it a good day. I got a text from professional trail runner Dani Moreno the following week. She had been kind enough to crew and pace me for the record attempt and she was reaching out to see how I was doing, saying “I always have an emotional let down after a race and I just wanted to see how you were feeling.” She was right. I did feel kind of down. But, I was having a hard time putting on a finger on what exactly it was. Was I disappointed? Was I bummed out that I didn’t hit my A goal? What was going on?

Even if a race went well, it seems like the luster can wear off after a few days. Even when I reach my goal, I still find myself thinking of mistakes I made or thinking “but, I could have done better.” Sometimes it feels a heck of a lot like disappointment. But, maybe it’s actually ambition. When you are striving to see how good you can be or how far you can go, the yearning doesn’t just disappear. The down period after a big effort often has your mind thinking “what next?” Don’t look forward so quickly that you miss the opportunity to learn from your previous races and note how to do better last time. But, maybe the unsettled, reflective period that follows a race is actually just an eagerness to keep challenging yourself and not about feeling unsatisfied with your previous effort.

These are just a few examples of misidentifying emotions on the trails. There are many other instances in which we could be perceiving a situation one way when really it was another. The purpose of getting you thinking about accurately identifying what you’re feeling is to continue to build self-awareness. The more you reflect and the deeper you dig, the better you will come to understand yourself, ultimately giving you more calculated control over your responses and behaviors.

It is soooooooo individual! If you believe that it works for you, it will work. It does for me.