Get Faster All the Time by Running Fast Sometimes? 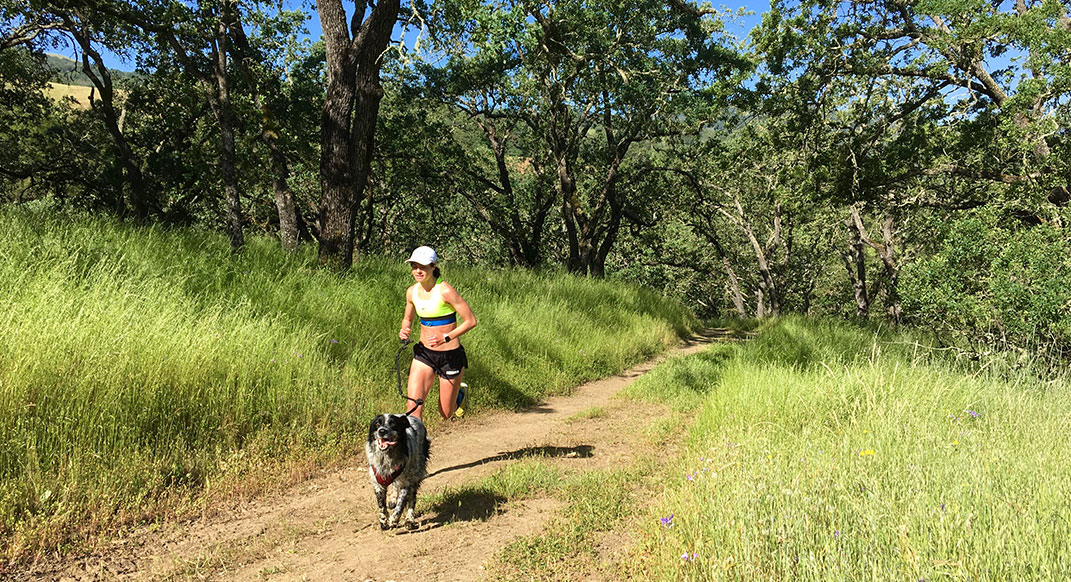 But bring them together, and it’s like when the Power Rangers teamed up to create a Megazord that could crush any opponent. Yes, harness your speed endurance potential, and you could have powers comparable to a Megazord. Here’s an overview.

What is speed endurance?

Speed endurance is generally defined as the amount of time a runner can hold close to maximal speed, with the exact protocol and terminology varying by study, anywhere from full sprints to 800-meter race effort or so. I generally like to think of it as the fastest pace you can go while staying relaxed, not using sprinting form, and probably not going to exhaustion. For this purpose, the exact meaning isn’t important, just that it’s extra fast running for a short period. It’s kind of like the Supreme Court case on obscene films, Jacobellis v. Ohio, where Justice Potter Stewart famously said, “I shall not further attempt to define [hardcore pornography]…But I know it when I see it.”

How is it traditionally used in training programs?

If you read my articles enough, you know I’m a broken record about doing strides, both on uphills and on flats, to improve running economy. Strides are essentially a form of speed endurance training. Training methodology has varied a bunch throughout time, but speed endurance from short strides to more complex methods have their roots in the origination of modern endurance training.

From the 1950s on, famed coach Mihaly Igloi mentored athletes to 49 world records at one time or another, almost exclusively through short bouts of speed, even for longer events (Coach Magness breaks down some misconceptions about the Igloi method here). For legendary coach Arthur Lydiard, in the 1960s and later, the second phase of his system (after aerobic development) was all about speed development and hill training, with protocols similar to many speed endurance studies (for a more insightful overview, see this article by top coach Steve Magness). While the Lydiard system won out in the end (for the most part), the emphasis on strategic use of speed endurance survived the decades since.

Today, Renato Canova coaches many of the best runners in the world by combining sessions of speed endurance with grueling intervals (like 10 x 80 meters fast in the context of a larger one-kilometer interval workout). Coach Brad Hudson has his athletes do steep hill sprints. Some East African training groups are known for doing “diagonals”—running fast from the corner of a soccer field to the opposite corner, then jogging along the goal line and doing it again. No matter what the methodology, many top runners do short bouts of fast running between 10 and 30 seconds (though sometimes longer), on hills and flats, usually to support longer intervals after developing an aerobic base (not to replace longer intervals altogether).

This all comes with a million caveats, as if it was written by an overzealous lawyer killing time at a big firm. Speed endurance can be used to mean training specifically for short races, like the 800 meters and mile. That is often way harder, with longer intervals at maximal pace, and not what we’re chatting about here.

In addition, too much speed endurance work (particularly longer sprints) can probably be detrimental for long-distance runners. Anaerobic exercise can slow aerobic adaptations, reducing the benefit of traditional endurance training. That’s why many training systems avoid hard intervals during the base phase. Hard speed endurance intervals can also recruit type II fast-twitch muscle fibers in a way that slows you down in endurance events. That’s part of the reason why the intervals are rarely all-out until you up-chuck your Cinnamon Toast Crunch.

Finally, speed endurance training could have diminishing returns. The theory is that speed endurance essentially relies on aerobic development to channel sustained speed, so over-emphasis on speed endurance exploits what you have already built, rather than exploring what you could become with increased aerobic fitness.

The takeaway is that speed endurance training for distance runners is used to support the growth of an aerobically developed athlete, rather than replacing aerobic development altogether. It can be as simple as strides in the context of easy runs a couple times per week. Or it can be so complex that you need a team of lawyers working at $1000 an hour to figure out how to decode it all.

What do the studies say?

Over the last few years, studies on speed endurance training for distance runners have been popping up like a game of “Whack-a-Mole.” Understand one, then the next comes out and the next. The general finding is that speed endurance training works to improve running economy, reducing the amount of energy it takes to go a given pace, especially at first. (The mechanisms underlying the improvement are outlined in a 2016 topical review in the “Journal of Physiology” and would require a separate article to adequately discuss). This isn’t meant to be a complete review, just a snapshot of some interesting findings of the last couple years.

In February 2018, a study in “Physiology Reports” showed the quick-acting power of speed endurance training. Twenty trained athletes did 10 sessions of 5 to 10 x 30 seconds fast in a 40-day training cycle where total training volume was reduced by 36 percent. What do you guess happened? If you guessed “they got fast,” ding ding ding! You get bonus points if you added the somewhat counter-intuitive finding—30-second intervals made the runners faster at 10k time trials.

10k performance improved by 3.2 percent. Perhaps most interestingly, VO2 max didn’t change at all. Instead, the athletes improved by 2 percent in their velocity at VO2 max. In other words, they were using the same amount of oxygen, they were just going faster with the oxygen they had. That is the Holy Grail of running training.

In 2017, a study in the “Journal of Strength and Conditioning Research” took 16 trained trail runners and put them through the speed endurance gauntlet. The athletes completed two weeks of 4 to 7 x 30 seconds hard with 4 minutes of recovery 3 times per week. What do you think happened next? Ya darn skippy, they got faster, improving 3k time trial time by about 6 percent.

Not every study finds the same thing, but they’re generally in agreement that speed endurance training helps…at least at first. Are the improvements sticky after an initial adaptation period?

A 2017 study in the “Journal of Applied Physiology” took 18 runners accustomed to speed endurance training and gave half a high-frequency speed endurance plan (every other day) and the other half a low-frequency plan (every fourth day). During the familiarization period (with a protocol similar to the “Physiology Reports” study above), runners improved 10k performance by 3.5 percent. That’s about the same as the other study—hooray for duplication! But after familiarization, there was no further improvement in 10k performance or running economy (there was improvement in time to exhaustion at 90% of VO2 max, however, with the low frequency group improving most of all).

A 2017 study in the “Scandinavian Journal of Medicine and Science in Sports” did two 40-day training periods focused on speed endurance with an 80 day window in between with normal training. Those eight trained runners saw further improvement in running economy throughout the protocol, but 10k performance didn’t improve after the initial jump.

Whew, that’s a lot of gobbledygook. The big takeaway from this snapshot seems to be that speed endurance training may improve performance quickly, and those performance benefits can be maintained with less intensive protocols thereafter. Or to put it another way, you gotta get fast to be fast.

Essentially, it supports what coaches have been doing for decades—periodization with aerobic development (easy miles and some tempo work), speed endurance (strides and hills at high intensity for short duration) and interval training (sustained efforts at lower intensity). The exact mix of those three components is where the fun comes in.

What is a protocol to use?

For an athlete just starting out with faster running after lots of aerobic training, a sample speed endurance build focused on improving running economy might look like this (assuming an athlete is running 5 to 6 times per week easily):

Thereafter, just doing one or two days of strides during the week (kind of like Week 3 above) could keep the speed endurance skill, especially when broken up by training blocks focused on aerobic development or race-specific training.

All of this is a long-winded way of saying that you shouldn’t neglect speed. There are diminishing returns to speed endurance training, but you could see major initial gains that allow you to level up as a runner long-term.

Thanks David. For the hill intervals, do you think the grade matters? I can get the heart and lungs going on any gradient, but the form and speed is going to vary quite a bit. Would you recommend a moderate slope so that I can maintain something that looks and feels a bit more like a fast running stride?

Just noticed the linked article on hill strides, which helps answer my question.

Great article! I also have my athletes do both flat & hill strides on a regular basis

Would you say that TABATA (20 seconds of work/10 second rest x 8 rounds) has a similar affect?

This sounds a lot like fartlek training. Is it different and how?