Heat training certainly isn't for everyone and shouldn't be dabbled with lightly. If it's part of your program, here's a great workout to get the sweat rolling. 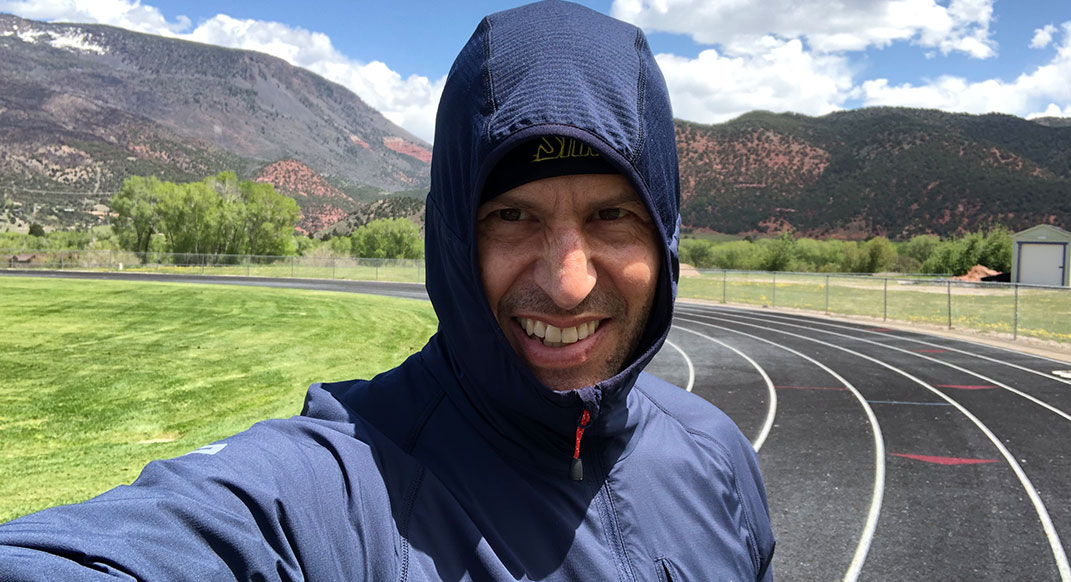 Getting toasty at the track. Photo by Will Fisher.

Will Fisher, 47, of Basalt, Colorado is thrilled to be training for this year’s Western States 100 Endurance Run. Fisher is a pastor in the Episcopal Church, a family man and “a serial dog petter.”

At home in the mountains, he prefers rugged 100-milers and the occasional 50K and typically puts in 60 to 70-mile weeks during training cycles. He describes himself as a “large ultrarunner at 6’2″ and 190 pounds.”

As he prepares for Western States, he’s doing some serious heat training— “in the middle of the day, dressed like it’s February,” he says. If you’ve never done heat training before, cut this workout in half and take it really easy. If you’re not specifically training for a hot race, do the workout without the layers.

Drills—20 seconds of each: high knees, butt kicks, goose steps, cariocas and skips, with two minutes of easy running in between

Four to six strides of 50 to 75 meters (or 20 to 30 seconds), with two minutes of easy running between each

Depending on time, add a few hard-effort 400s (or one-to two-minute intervals) with 90 seconds of easy running as rest between

The importance isn’t really in the specifics of the workout itself, so change that up as it suits one’s own preferences. The important thing is to make oneself uncomfortable with regards to temperature.

“It’s especially important to hydrate as you’ll likely have a lot of fluid to replace. I’ll do this workout once a week, usually after weight training as well as a session of hot yoga once a week to prepare for a race in hot conditions, starting a month out. This method of heat training worked well for me at the 2017 Angeles Crest 100.”