How Longterm Training Can Super Charge Your Physiology

There’s a scientific reason to dream big...but it requires training. 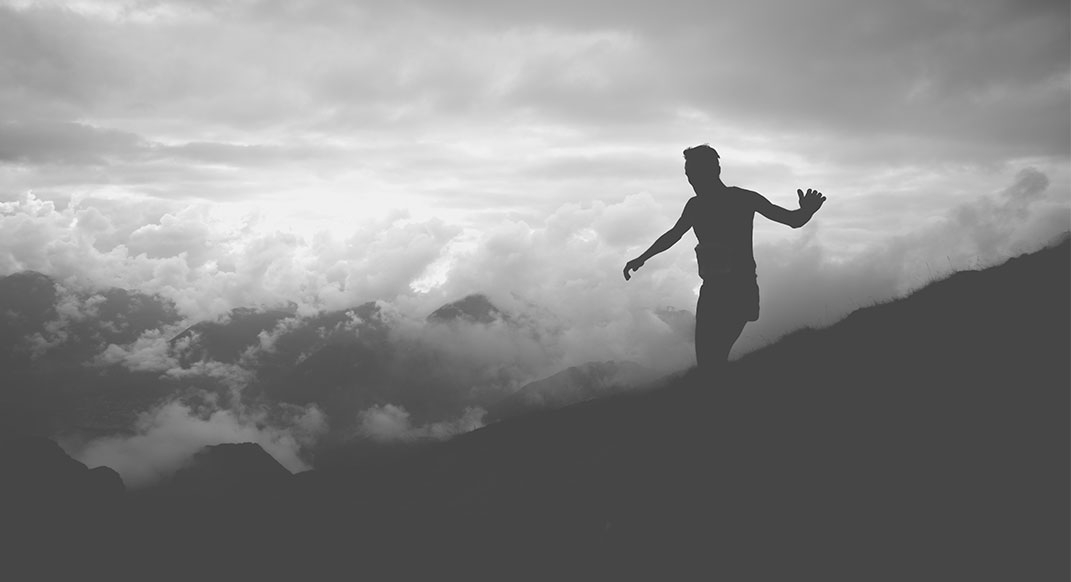 Every once in a while, a study comes out that makes me jump up-and-down with joy. That reaction is partly because I really need to get out more. Another part revolves around my love of any study that provides a physiological reason for a longterm focus on embracing the process of a running life.

My quads are still sore from my most recent jumping-up-and-down session. A recent study found that longterm endurance exercise may influence the body more than previously thought. In other words, you are not just playing the genetic hand you were dealt. Maybe you were dealt a two of spades and a seven of diamonds to start, but with longterm training, you might be able to turn that into pocket tens at least.

The study in the European Journal of Applied Physiology involved 52-year old identical twins. One twin did chronic endurance training for more than 30 years. The other twin did no specific or consistent exercise. When I got to this point of the study, I started giggling with joy. This is fun—an experiment that an exercise physiologist could only dream of happening naturally. Cheetah twin versus Cheetos twin.

But here’s the really cool part. The trained twin expressed 55 percent more slow twitch muscle fibers. ST fibers use oxygen, relying on aerobic energy processes to do work. They contract less forcefully, but are filled with capillaries and mitochondria that make them more resistant to fatigue.

First, a step back. Monozygotic (identical) twins have virtually the same genetic code. A 2014 study in the Journal of Medical Genetics found 1.2 x 10^-7 mutations per nucleotide (a basic structural unit of DNA) in monozygotic twins. In other words, the probability of a mutation on a single nucleotide is .00000012. That’s not zero, but it’s close enough to take the genetic part of the equation out of the analysis of the 52-year old twins. If there were differences in longterm outcomes, it would be due to training and environment.

And boy oh boy, were there ever differences. The trained twin had lower body fat, resting heart rate, blood pressure and cholesterol, while also being better in terms of aerobic performance. You probably could have guessed that.

But here’s the really cool part. The trained twin expressed 55 percent more slow twitch muscle fibers. ST fibers use oxygen, relying on aerobic energy processes to do work. They contract less forcefully, but are filled with capillaries and mitochondria that make them more resistant to fatigue. Previous studies had demonstrated that muscle fiber expression can change, but 55 percent is a huge amount. Simultaneously, the trained twin had greater AMPK protein expression, which plays a role in how cells convert fuel to energy. Plus, there was greater expression of a few genes that have been linked to endurance performance.

The big conclusion? The authors “suggest the cardiovascular and skeletal muscle systems exhibit greater plasticity than previously thought.” That might not sound like it’s worth jumping up-and-down over, but for scientists, that is a bold proclamation that could practically be followed by a mic drop.

A lot of people may have predicted these results, especially coaches or runners that have followed the progression of many athletes over time. I was on a podcast recently with top coach Ian Sharman, who commented that any runner might expect 10 to 15 years of improvement no matter when they start. This study helps provide a more complete picture of why that might be, and that the time horizon could be even longer for some people.

For your training, the message is to focus on longterm consistency. No matter what genetic hand you are dealt, if you train enough, you can essentially go to the dealer and request better cards. Here are three of the main elements at play.

Slow twitch muscle fibers power aerobic performance due to their fatigue resistance. Meanwhile, fast-twitch fibers are powerful but fatigue more rapidly. While it may seem counterintuitive, you want more ST to be faster on the trails.

A 2012 study in the Journal of Strength and Conditioning Research looked at how muscle fiber type shifts might happen, and numerous studies have found evidence of muscle fiber predisposition changing from a genetic baseline over time. But the 55 percent change in ST muscle fiber expression from the twin study shows that our ability to change how our muscles work over time may be more than expected.

I might be a good example here. I started out as a football player that looked like a pot roast was granted its wish of becoming a real boy. I was essentially a sprinter and power-lifter, with lots of FT muscle fiber expression. After quitting football in my freshman year of college, I switched to endurance sports. It took a long while for running to feel natural, but over time things got easier and easier. Most likely, some of the change was due to muscle fiber expression.

It’s unclear how long these adaptations take. But based on the studies we have, it may be a decade or more to reach a new baseline, and it could be even longer. And since ST muscle fibers lose less power with age, even an athlete over 50 or 60 might see big improvements (though that’s just conjecture based on anecdotes).

Now we’re really going down the rabbit hole. Epigenetics is the study of gene expression. As the identical twins demonstrated, two of the same genes can behave differently based on environmental pressures.

The research is still unfolding. It’s not just genes that are changing expression, but also protein expression and metabolic variables. Longterm training causes longterm changes in how the building blocks of our body work.

Epigenetic changes are tough to isolate across populations (twins provide a notable exception since there is a built-in control group, though you can’t draw widespread conclusions based on that sample size unless you get really fancy with study design). One cool example from a 2014 study in the journal Epigenetics involved 23 participants doing one-legged cycling for 45 minutes four times per week over four months. I hope they got paid a lot for their participation.

After the training period, researchers took muscle biopsies of both legs (the inactive leg was the control group). Significant changes were found in the activity of thousands of genes associated with muscle function and health in the trained legs. That was just four months of isolated single-leg activity…so what happens with four years of full body activity? Four decades?

The research is still unfolding. It’s not just genes that are changing expression, but also protein expression and metabolic variables. Longterm training causes longterm changes in how the building blocks of our body work. Some of these adaptations may even be passed down to offspring. So in addition to supporting longterm consistency, maybe these studies support the idea that a trail race is a good place to meet your next Tinder match.

On top of those super-cool, jumping-up-and-down-worthy findings, there’s the old reliable changes we all know about. Longterm endurance training makes running easier over time by improving how the body transports and uses oxygen and fuel, while also making the clearance of chemical byproducts more efficient.

For example, a 2006 article in the International Journal of Sports Science and Coaching tracked Paula Radcliffe’s progression from a talented teen to the marathon world record holder more than a decade later. In 1991, as a fast teenager, her VO2 max was 70 ml/min/kg. By 2003, that number didn’t budge (it may have even gone down a bit). But her oxygen consumption at six-minute pace had dropped from 205 ml/kg/km to 175 ml/kg/km. That reduced oxygen demand indicates an improved running economy even as VO2 max stayed static.

Tons of variables go into running economy, from lactate threshold to biomechanics to neuromuscular changes. But for our purposes, the only thing to remember is that consistent, longterm training can cause massive improvement across numerous physiological variables.

An n of 1. Sure sounds statistically relevant. ?

I’m not so sure the research warrants the level of jumping up and down that the author claims it does, but it is an interesting case and a unique opportunity to study impacts on two people with nearly identical genetics. We’ve known for a while now that different types of training will trigger metabolic and neuromuscular changes (in some cases painfully, as anyone who’s changed from an endurance sport to a maximal effort-based sport would no doubt attest).

The big questions lie in what the mechanism is behind the plasticity – how does exercise/diet/etc change gene activation in the body? How do the habits of one generation affect the gene expression of the next? The answers to those questions will really guide a new generation of research into health, nutrition, sports performance, etc.

Makes sense. Science is strange at times though as there are studies that suggest that older athletes past 40 are prone to heart problems.

With this herbal, consistent stability of sleeping and waking, our ancestors had the energy they needed to hunt, collect, construct and do something else they had to do. today, our sleep cycle is greater dependent on night tv programming than the solar. artificial light convinces our brain that it is daytime on every occasion we need it to be.

This article is loaded with significant information about the psychology involved behind long term training. I had to read it twice to ensure I did not miss out on any important point. Undoubtedly, it plays a vital role in building up our cadence and overall strength. A consistent approach to this will rapidly lead us toward our desired goals.

Thanks a lot for taking the time to share this 🙂

This isn’t an experiment – nothing is controlled! And n-1…. Also, did I miss the bit where they explained how they knew the improvement wouldn’t have happened (or didn’t happen) during, say, the last year of training? It’s nothing more than an anecdote and tells us nothing about how much training was required to show the observed results.