How to Train for a Fast, Flat Ultra

Some top ultrarunners say speed work is their most valuable tool over flatter, faster courses—even when those courses are 100 miles long 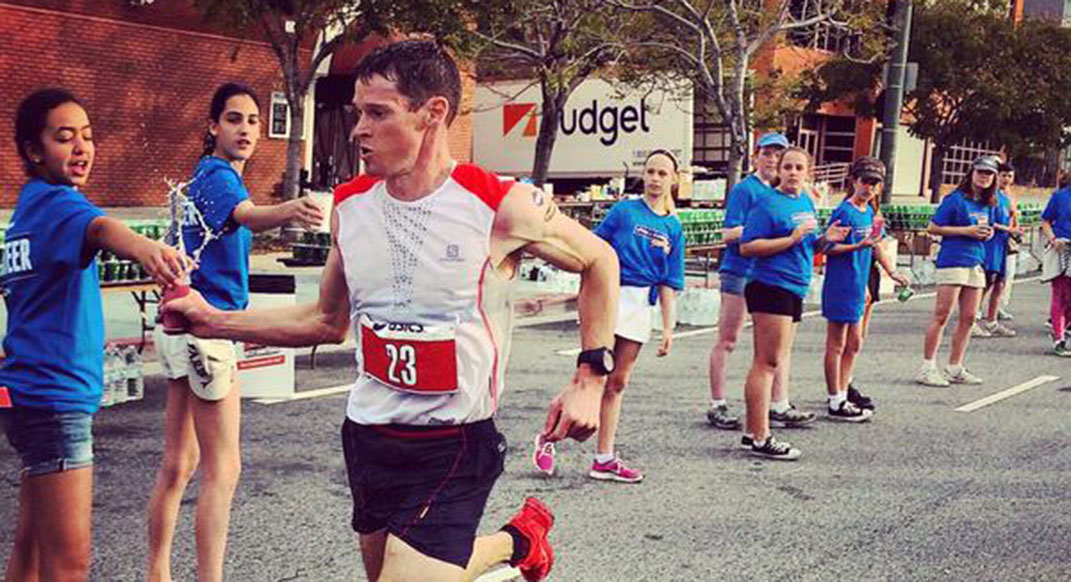 Max King is a master of all distances, surfaces and elevation profiles. Photo courtesy of Max King

Not every trail ultramarathon is a slogging, hike-heavy affair in the mountains. Some are relatively flat and fast.

Take February’s Rocky Raccoon 100-miler in Texas, where Ian Sharman ran almost every step and averaged 8:19 per mile to win this year. (He averaged 7:38 per mile to set the course record in 2011.)

These faster, flatter ultras present a training conundrum. Do you train for strength, running long and slow over more challenging terrain, steeling your legs to cover the 100-mile distance? Or do you take a stab at some speedwork, relying on methods more familiar to road-marathon programs, to make yourself faster and more efficient?

It turns out a little of both might be the answer—and that neglecting either could be bad.

For starters, doing a little speed work will make you a more efficient runner over any distance, which will make covering 100 miles that much easier.

“Traditional 10K-to-marathon training is going to serve you better in a flatter ultra, as it’s as much about efficiency as it is strength,” says Max King, who finished 12th at the U.S. Olympic Marathon Trials on February 13, in 2:17:14, and won the 2014 IAU World 100K Road Championship.

Sharman, who coaches athletes at Sharman Ultra, agrees. “For a flatter 100, marathon fitness is a better benchmark than for a mountainous 100,” he says. “So I work much more on speed and have more of a marathon-style buildup. 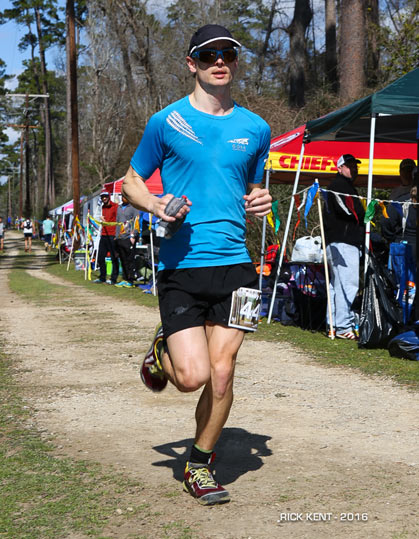 Ian Sharman on his way to winning the Rocky Raccoon 100 earlier this year. Photo by Rick Kent/Enduro Photo

“Strength, form, speed—every element of running applies for any race distance,” he adds. “But in a flatter ultra, the legs don’t need to be quite as strong since they don’t have to cope with huge downhills.”

This doesn’t mean you should completely ignore longer, hillier runs that strengthen you for the extended time on your feet an ultra requires. You just shouldn’t make them the focus if you want to run your best in a flatter ultra.

“More strength is never a bad thing,” King says. “Incorporating long, slow hills with lots of elevation gain can be beneficial as well.”

Tailor Workouts to Your Race

When it comes to ultras, “fast” and “flat” are relative terms. Some courses may have rolling but runnable hills; others may mimic the elevation profile of the Chicago Marathon. In training, a lot depends on finding the right balance of speed and strength for the race you’re running.

“The specifics of the type of speedwork might vary for the exact race I am prepping for,” says Ellie Greenwood, who in 2014 won both the IAU World 100K Road Championship and South Africa’s Comrades Marathon, an approximately 56-mile road ultra. “For example, the IAU World 100K course is typically very flat, so whilst I might do traditional hill-repeat workouts for that it will not be a focus. Whereas for a race like Comrades, which is unrelentingly hilly”—but mostly lacks the big, sustained climbs and descents of a mountain ultra—”there is an importance of having the ability to push a hard effort and fairly fast turnover on runnable hills.”

And while an athlete of Sharman’s caliber may run just about every step of a race like Rocky Raccoon, he notes that the majority of runners will spend some time hiking during a longer ultra, even on the flattest, most runnable trail courses. “It’s still vitally important to train for this,” he says.

“All other things being equal, you can get away with a little less mileage to finish shorter, flat ultras compared to 100-milers,” Sharman says. “But to be at maximum fitness, the mileage is likely to be similar for all those distances for a given individual, tailored towards the specific terrain and paces expected in the target race.”

First off, rejoice! Speedwork doesn’t mean you need to hit the track if you don’t want to.

“The intervals that I do in prep for races such as Comrades or the World 100K are 1K or longer, and so I prefer to do them off the track,” says Greenwood. “Being fast for runnable ultras is more about being sustainably fast, so I feel I get more benefit from longer intervals, tempos and progression runs than I do from real high-end speed work.”

Greenwood also recommends jumping into a shorter road race, like a 10K or half-marathon, as a more fun alternative to structured repeats.

Don’t dive headlong into speedwork. Like mileage itself, you’ll need to build up gradually to avoid overstress injuries. Sharman recommends runners have a base of at least a month of regular running before they start adding more intense workouts, though a history of injuries could require a slower, more gradual buildup.

Start off with a few weeks of shorter, faster intervals—something like 1K repeats at 5K effort with a 400-meter jogging recovery—to shore up neuromuscular inefficiencies and improve your form. These will be hard, but will make later, longer workouts more manageable, even enjoyable.

Then, for the six to eight weeks leading up to your taper, move to “tempo” efforts. These can include workouts of three to eight miles run at lactate threshold pace (the pace you can hold for approximately one hour), as well as longer efforts—even half or full marathons on roads or flatter trails—that are slower and sustained, but faster than your goal race pace for your target ultra.

Sharman recommends sticking to once-weekly speed sessions at first, then moving to twice- or even thrice-weekly sessions as your body (and recovery schedule) allows. In addition to that, he recommends incorporating some speedwork into your weekly long run.

“Long runs with varying sections of time at marathon effort are also excellent, both on trails and roads,” he says.

King has a similar approach to long runs, advocating “long 20- to 30-mile progression” workouts when training for a fast ultra.

For one 20-mile workout, King starts with 10 miles easy. He follows that with three two-mile intervals run at marathon pace (with recovery jogs in between), then one one-mile interval at 20 seconds faster than marathon pace, then a one-mile cool-down at the finish.

King also recommends a 20-mile workout that alternates every mile between marathon pace and one minute slower than marathon pace. (This pace allows for less recovery than the standard recovery jog between intervals, and is one beastly workout).

Build up to these long-run workouts; between seven and three weeks out from your goal race is an ideal time for them. And remember that a hard effort is good, but that you shouldn’t leave your race out on a training run. If you push to your utter limits in these longer workouts, you will burn out early.

Lastly, Sharman says a trail ultra that’s shorter than your goal race can hone both speed and strength, as well as give you a confidence boost headed into the longer distance.

“A key element is to have slightly longer training runs than for a marathon,” he says. “50Ks on flatter trails are also an excellent build-up workout and good fitness test, with the pace sustained at the end being the most indicative for how well the speed will translate to the longer target race.”

He also says runners should consider completing a 50-miler or 100K when building up to a 100-miler, especially if they are relatively new to ultrarunning—”for the endurance benefit and, more importantly, to practice the latter stages of a long run where things start to go wrong and motivation is vital.”