Run slow now, and you may run faster later. 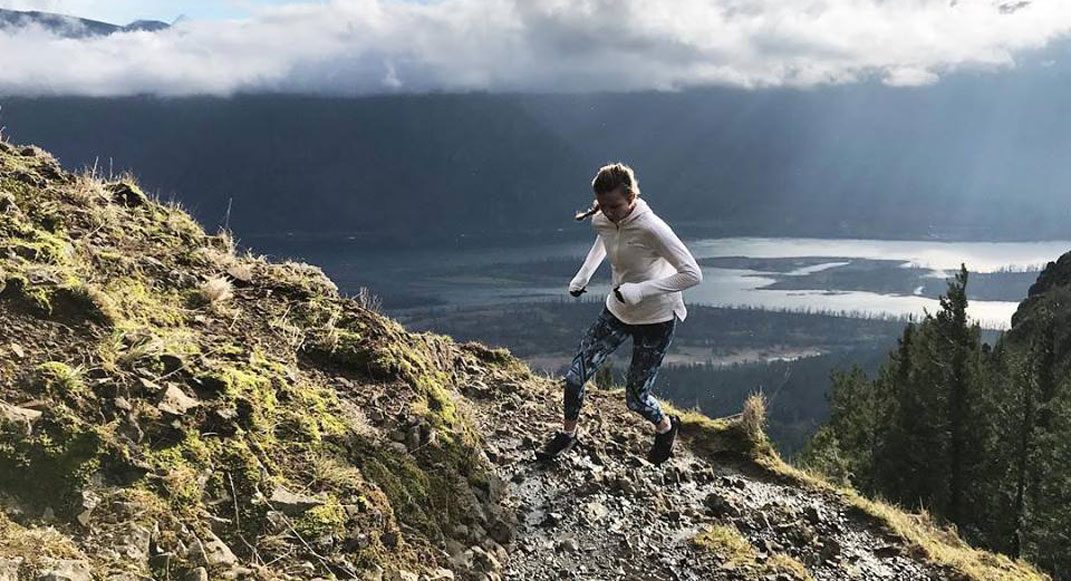 The article title is adapted from a quote by pro trail runner and biomechanics researcher Keely Henninger. On Friday, March 2, she tweeted: “Be totally okay with running really slow on easy days. Pace doesn’t matter and you don’t have to justify ‘slow days’ to anyone.”

After the mild Friday saunter, she had a lot of spice saved up for Saturday. And she used that spice to conjure up a batch of holy guacamole on the trails, serving up a savory long run with a bunch of fastest-ever segments on local trails.

The story of the power of easy, aerobic running repeats itself over and over. A 2014 article in Runner’s World described 30:42 10k (4:56 minutes per mile average) runner Sally Kipyego routinely doing 8:30 or slower on easy days. A good guideline for easy runs is to go around 1.5 to 2 minutes per mile slower than marathon pace (as outlined here by top coach Mario Fraioli). There are outliers in both directions—Kipyego goes slower than most relative to race paces; Mo Farah and Galen Rupp have been said to go faster than indicated at the end of easy runs.

But usually, elite runners follow the conventional wisdom: easy means easy, not the absence of pain. It’s not the fastest pace you can do while completing the run intact, but the most relaxed pace you can do to spur aerobic adaptations and recovery. Slow now begets fast later.

That seems counter-intuitive, right? If you can run a minute per mile faster, shouldn’t you do that all the time? No, helpful question-asker, you probably shouldn’t. It all gets back to how the aerobic system develops over time. Here are three of the many important principles at work.

Easy running increases the amount of capillaries around muscle fibers

All aboard our magic school bus as we explore what powers endurance exercise. We are shrinking down extra small, looking at capillaries, the smallest blood vessel in the body. Around muscle fibers, capillaries are everywhere, micrometers away. While some capillaries are good, the more the better, since they transport oxygen and help remove waste products.

Angiogenesis is the process of capillary growth. Here’s where aerobic exercise comes in—angiogenesis can occur due to functional demands like those from running, largely by stimulating production of vascular endothelial growth factor (VEGF).

You don’t need to know what VEGF or angiogenesis is in practice (unless you’re studying for a physiology exam, in which case I admire your procrastination game and offer you this video of a puppy falling asleep). Instead, remember the general principle that more intense exercise does not enhance VEGF production or angiogenesis. In fact, it may reduce them (see this 2015 study from Experimental Physiology and this one from 2016 in the Scandinavian Journal of Medicine and Science in Sports). When it comes to capillaries, training too hard is like getting excited for last call at the bar, only to find that they ran out of drinks.

There is no exact point at which capillary development is optimized. An article in Runner’s Connect by Jeff Gaudette says 60 to 77% of VO2 max, or slower than 75% of 5K pace. However, the main takeaway is just that it’s okay to run easy—in fact, easy is where angiogenesis is an open bar free-for-all for capillary development.

There are three flavors of muscle fibers. Slow-twitch fibers (Type I) use oxygen, relying on aerobic energy processes to do work. They aren’t super powerful, but they are great at endurance exercise because they are filled with mitochondria and covered in capillaries.

Fast-twitch fibers are broken down into two subgroups—Type IIa and Type IIx. Type IIx fibers are powerful, but not effective for longer bouts of exercise due to their reliance on anaerobic energy processes. Type IIa fibers essentially blend properties of slow-twitch and fast-twitch, using aerobic energy but putting out a bit more force.

Type I fibers are the engines of aerobic exercise, and an event like the marathon is more than 95% aerobic. While the breakdown of muscle fibers has a large genetic component, training aerobically can improve the ability of your Type I fibers to handle exercise. In addition, there may be epigenetic considerations at play. Epigenetics is the modification of gene expression from an outside stimulus, and it’s a possible factor to support enhanced aerobic development from easy running (though difficult to study in a controlled setting in humans, most of which don’t want to get muscle biopsies like the researchers are aerating a lawn).

A more debated area is muscle fiber type shifting—when Type II fibers become Type I fibers and vice versa. As outlined in this article in the Journal of Strength and Conditioning Research, there is some evidence that low-intensity exercise can cause a type shift over time. At the very least, easy running should make your slow-twitch fibers more efficient (partially through our old friend, angiogenesis), and your fast-twitch muscles act more like slow-twitch fibers (Type IIx to Type IIa conversion, which is less debated). Going faster and harder on easy days isn’t better—it could make you less efficient by recruiting the wrong muscle fibers at the wrong time.

Too much faster and harder running is like fighting your body, rather than letting it flow. Adding chronic stress (particularly stress above aerobic threshold) produces more of the stress hormone cortisol, which can contribute to injury and slow down aerobic adaptations. On top of that, harder running could lead to injury risk due to increased power output that doesn’t let the body fully recover on easy days.

There are a bunch more elements to think about. Aerobic enzyme activity can be affected by an anaerobic stimulus, slowing aerobic development. Mitochondria biogenesis—essential for increasing the production of energy via intra-cellular pathways using ATP—responds to training load in a complex way. Training load is usually optimized by doing enough easy running to increase volume without getting hurt. Plus there are lots more elements at play—the aerobic system involves a complicated set of feedback loops and it’s not always predictable, a lot like the weather or the Oscar best picture award (The Shape of Water?!).

What does this all mean for your training?

It supports the two pillars of endurance training—polarization and periodization. Polarization essentially means that training is usually easy or hard, rather than a grinding-it-out moderate all the time. Lots of “grey-area” moderate running can increase injury risk and lead to stagnation due to the absence of adequate recovery and faster stimuli.

Periodization means that training builds on top of previous blocks. Arthur Lydiard, the father of modern training, helped pioneer the approach of an aerobic base period where most runs were pretty darn easy, before building up to more intense workouts.

Combining polarization and periodization in practice means increasing the amount of easy running you do as is practical in the context of your life. Then as you add harder workouts that build on top of each other, making sure they are supported by enough easy running to stay healthy and continue low-level aerobic development.

While some runners have success with faster paces on easy days (particularly lower volume runners), eventually even those runners usually see diminishing returns as aerobic adaptations from moderate running get tapped out. You can calibrate easy using a heart-rate monitor (below aerobic threshold, and sometimes well below) or perceived exertion (usually 4 or below on a scale of 1 to 10).

But the exact pace or effort is less important than the general principle. There is a time and place for running faster, and it’s usually not on your easy days, especially when you are aiming to run higher volume or harder workouts.

To summarize Keely Henninger’s point: easy days can’t be too slow for most runners, but they can be too fast. Run slow now, and you may run faster later.

For some of us like yours truly, slow would mean we are walking trying to beat the guy hopping along in a cast 😛

So, can a hike be considered a slow pace for a 60 year old?

I always do easy or slow running, this helps me relieve stress and I am able to clear my mind. Im also not into racing because Id like to keep my own slow pace. Thanks for sharing this article!

Nice content running slow if you are beginner is fine, as time goes by with proper training you will be faster