Redefine Your Relationship with Pre-Race Nerves

Why you get nervous before a race, and how to stay in control. 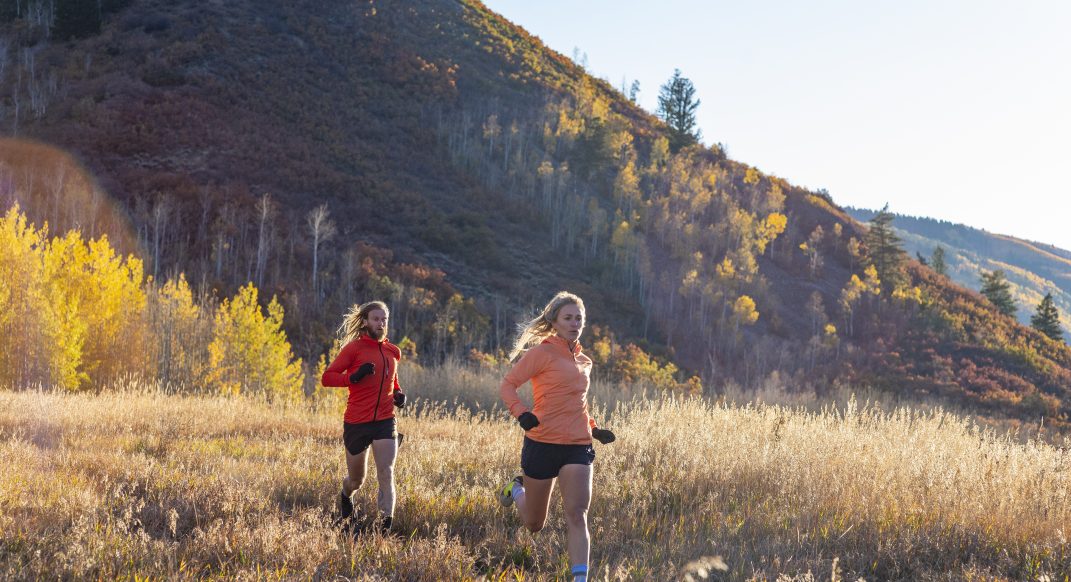 Pre-race nerves plague runners of all levels. Poor sleep, stomachache, butterflies, and sweaty palms can strike regardless of ability level or running resume. Though runners can feel pre-race nerves differently, many experience intense performance anxiety that can lead to poor outcomes or even decreased enjoyment from racing.

These feelings don’t have to win the day. Even after two decades of racing, I’m constantly waging my own battle against this phenomenon. The good news is that you can build an arsenal of mental skills and tools so that performance anxiety won’t stand a chance on race day.

It’s Biology! Let Your Body Do Its Thing

The physical and mental symptoms that we perceive as unpleasant, uncomfortable, or even as a negative indication of readiness are actually the body responding the way it has been biologically designed to. It’s a good thing! When a perceived threat is present your body is built to engage its sympathetic nervous system, a response that you may know as fight-or-flight. While racing is not a life or death situation, it is still one that often demands near-maximal physical effort and it’s not surprising (nor is it a bad thing!) that your body reacts this way. When the sympathetic nervous system is activated it floods the body with hormones. These hormones are catecholamines like adrenaline and norepinephrine and are responsible for increased heart rate, elevated respiration rate, and higher blood pressure. So, yes. Even the long line for the porta-potty can be blamed on the sympathetic nervous system!

What’s the takeaway? The physical sensations we perceive as performance anxiety are not a bad thing! In fact, many of the physiological changes are actually effectively priming us to be ready for the demands of the race. What causes the experience, and often the outcome, to be negative is our appraisal of what the sensations mean. The solution here is a pretty simple one. Reframe your perspective! Instead of viewing it as anxiety (usually a negative connotation), see it as excitement. If I’m standing on the start line I would rather my body think we are being chased by a saber-tooth tiger than think it’s time for a burger and a nap.

It’s Good, Except When It’s Not

The caveat to everything mentioned above is that you should only embrace your body’s stress response if it’s happening at the appropriate time. If you are already in fight-or-flight mode the night before the race or even days ahead of time, then that response isn’t going to be helpful. Being in such an activated state consumes extra energy and it could have a negative impact on your performance. The key is to be able to turn the volume down on your sympathetic nervous system and let your body know “it’s not time, yet.”

Because breathing rate is affected by sympathetic and parasympathetic activity, you can also reverse the process by taking control of your breath, thus impacting your nervous system. Controlled, slow breathing can disengage the sympathetic nervous system and reduce the physiological stress response. Tricking your body into thinking it’s calm can actually help calm it down! While it may vary slightly person to person, you should generally shoot for a 10-second breath cycle (roughly 6 breaths per minute) with a 4-second inhale and 6-second exhale. Several minutes of slow breathing can reduce your activation levels and provide relief from unwanted mental and emotional reactions. So, the next time you’re tossing and turning in bed the night before a race remember that you have the ability to take control of the situation, and take a few deep breaths.

Just because pre-race nerves are normal doesn’t mean you have to fall prey to their jittery clutches, or that you are a passive victim forced to succumb to their presence. You get to decide what role they play and how or if they impact your performance.