An athletic life gives you many opportunities to build your self-belief. 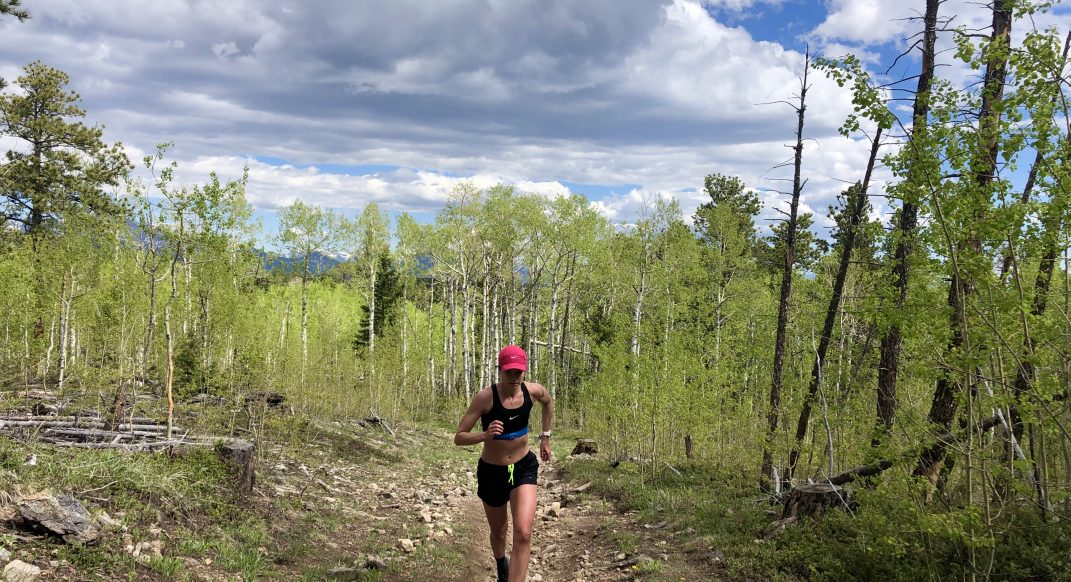 I have wanted to write this article for months. I’ll go to the address bar and enter “docs.new.” And that damned blinking cursor stares back, taunting me. “Hey. Man. Why. Write. Why. Write. WRITE.” Usually, I’ll give into the pressure, writing another, simpler article in the queue just to get it to stop mocking me. But not today.

No, today I’m writing this damned article. Because today, I did a workout when every cell in my body was sending signals to stop that crap. If I can conquer biological imperatives, then a cursor doesn’t stand a chance. I got this.

And you got this.

You got whatever it is you are putting your mind to because that is the superpower of an athletic life. You willingly run into the fire of hard workouts, slogs when you’re tired, recovering when you want to go hard, the day-after-day grind. The couch is fire-free, but you get up anyway. Because there are adventures to be had. Even if the biggest adventure is just between your two ears.

Thought experiment time! I opened the article talking about writing, which admittedly can be annoying. As a writer writing about writing, I might as well bottle up my own hot air and try to sell it to you for $69.99. But that’s just because it’s what I know. Think about what you know, some big task that you give yourself to. Even as it burns you. Especially as it burns you.

Your work. Your family. Your relationships. Your model airplanes or cooking or knit sweaters for cats. Your courage to get the hell up off the couch each day when the couch is risk-free and comfortable.

Now think back to the beginning of one of those journeys. For me, I started writing back in 2007, a blog that two people read (my mom, my mom again). It’s so daunting to think about all the millions of words between then and now. Heck, show me a Trail Runner article from before 2018 and I cringe. But I showed up. I’m never going to be Hemingway or Rowling or Morrison. But I am going to keep showing up.

How about your thing? Are you going to keep showing up? I bet you will. Being an athlete might not mean much in the big scheme of life and death (or societal injustice), but it does guarantee one superpower: getting off the couch, over and over, and showing the heck up.

I met Allison Barr Allen a few years ago.

She was a boss athlete, and that was most of what I knew at first. Every day in her training, she brought a stubborn resilience and persistence, doing the work even when it sucked. Over time, we talked about her interest in investing and start-ups. I watched as she grew her Twitter following one earnest and insightful tweet at a time. At the time, I remember thinking: wow, that’s a bold strategy for a few hundred followers. I bet Allison got feedback that we all get in our own things: what are you even doing with your time?

She kept showing up. Allison is so generous with her knowledge, and as she built up what she knew, she never hesitated to help anyone that asked. She grew that social media following into a network of people that trusted her and that knew she’d be there for them. She started Trail Run Capital with her savings from her job. And when an opportunity arose with someone in that network, she jumped off the couch so fast that she shot through the ceiling. With CEO Domm Holland, she co-founded Fast, a company reinventing online checkout and poised to shoot to the moon. Fast raised a $20 million Series A funding round after less than a year in business, with Allison helping pilot the rocketship.

As a runner, Allison is blazing fast. But she’s not the fastest athlete in the world. Even though she shows up for all of her workouts and runs and rest days with passion and courage, that’s only part of it. If she had the right background and genetics, she’d be an Olympian.

She’s the equivalent of an Olympic champion in the business world though. She shows up to business with passion and courage, even when there are doubters, and especially when she has doubts. The self-belief she learned in running gives her life superpowers.

Who knows where your thing will lead?

None of us control the cosmic swirl of genetics and circumstance. Allison’s risks just as easily could have led to perpetually tweeting to a few friends. But here’s the thing: I bet Allison would have kept showing up. Because the self-belief we hone on the run is independent of how fast we end up going in the end. It’s not about winning a gold medal or founding a unicorn business. Self-belief is about thinking we can continue to grow even when handed evidence to the contrary.

And an athletic life is self-belief practice. Let’s start on a small scale, with workouts. When you’re doing that three-minute hill interval or tempo run, your blood curdles and your neurons scream. You can always just stop.

Don’t. As long as your health is not at risk, keep going, even if it means slowing to a crawl. And if you have to stop, give yourself grace and resolve to get after it with passion next time. Persevering through the suck gives you powers. Embracing the suck gives you superpowers.

Zooming out a bit, think about training for growth over time. Gosh, it’s such an existential abyss when you let it marinate in your brain. You do realize that running isn’t even actively fun a lot of the time? And it’s ultimately meaningless? Are you insane?

Laugh. Cry. Process those thoughts and all their implications for life and keep putting one foot in front of the other through ups and downs, health and injuries that shake you to your core. Seeing the incoherent silliness of striving and striving anyway is the path. Whether that’s the path to enlightenment or some damn good stories or some damn good stuffed-crust pizzas…only time will tell.

And let’s end with a galaxy-brain zoom out. Being an athlete means injury and aging. Unless you’re really good about not connecting dots and seeing where that regression line points, you’re going to think about the abyss that awaits us all. Yes, the DMV.

Actually, I mean death. That’s why the athletes I am most inspired by are not the Olympic champions (though they are total badasses), it’s the athletes that are going for it long after their peaks. What cooler way to push back against the cold night?

You don’t want to get out the door.

You need to stop going up the hill.

Every fiber in your being wants you to not show up.

You show up anyway.

That’s self-belief practice. Flex that muscle enough, and that stubborn resilience opens up doors you can’t even see in the moment. Maybe it’s the relationship you always dreamed of but didn’t think possible, the business that shoots to the moon, the perfect race, the loving family. Or maybe not. Maybe none of it works out.

But there’s only one way to find out.

I’m so glad you finally followed your blinking cursor’s desires to write this!

Thank you so much Mina!! You are amazing!

Thank you and thank you for writing this! Very much needed to read these words right now. Did I say thank you? Thank you! 🙂

KC that means so much to me! heck yes you got this!

This is a wonderful article, David, and I’m so glad you showed up to write and publish it. Meaningless of running has been something I’ve been contemplating quite a bit lately, but here I am, showing up week after week, to run 70-80 miles, with no race on the horizon. Why? Because it makes me feel good and I want to see where it takes me; if it takes me anywhere. Thanks again.

Travis, so proud of you for putting in the grind for the sake of it! That is incredible and inspiring!

For what it’s worth David, I think you’re an amazing writer and human being! Your articles are constant inspiration, and I’m sorry that I’ve never commented to tell you this before! I live in Golden, so maybe I’ll see you and Meghan out on the trails! Please keep fighting thru that rude cursors insults!

Haha Wendy THANK YOU! If you see us on trails, we will squeal with joy!

Sometimes you read something that comes along just at the right time – so thank you for writing this!

What you say about self belief is so important as a runner. When you go from running a half to a full marathon or a marathon to an ultra, self belief is what is going to get you across the finish line. And you are spot on about how that belief is built, by showing up. Showing up day after day to put in the work when no one is watching will give you the strength to keep going.
Thanks for a great article. Ryan

Awesome article. I’ve read over it more then once and still get something new to encourage me each time!