Magnolia is a notoriously hilly dirt road in Colorado that has helped create legends. 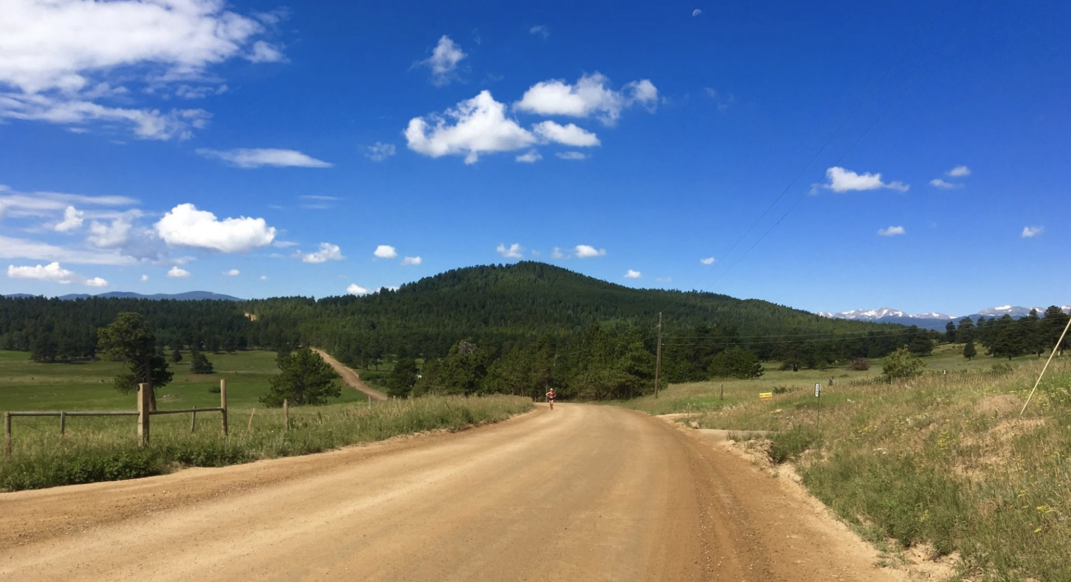 Magnolia Road—aka "Mags"—in Boulder, Colorado, has delivered a punishing workout for many area runners, including the University of Colorado cross-country team. Here's how you can emulate it to up your running game.

This article is the first part in a new series on big workouts and how you can use similar principles in your training. The goal: good info, questionable humor and some bonus content for dedicated readers. Let’s do this!

There is no such thing as an easy run on Magnolia Road. Mags is brutal and unforgiving. Conquer it, and you’ll come away with lots of toughness and fitness. All it demands in return is your soul.

If that sounds melodramatic to you, you’ve probably never tried to run up the steeper pitch at mile five, questioning every life decision you have ever made. Running? The worst, of course. That’s a given. But when you really think about it, nothing good comes of sweating either. Or being outdoors. Or movement. As soon as I finish this run, the only acceptable hobbies will involve sitting on a Lazy-Boy sofa and the only acceptable burn will involve fiery-hot Cheetos.

After each uphill on this long progression run, the etch-a-sketch of discomfort gets shaken mostly clean. But those existential questions (“Why am I doing this? Will I finish?”) can leave a mark on an athlete, whether it’s on Magnolia or your harder effort of choice.

If it’s a negative mark that hurts motivation to pursue long-term potential, that’s a logical choice, like taking the blue pill in the Matrix. The story ends, you wake up in your bed and believe whatever you want to believe. If it’s a positive mark that an athlete grows from, well … that runner takes the red pill. Time to stay in Wonderland and see how deep the rabbit hole of potential goes.

I’m emphasizing the brutality of Mags because that is what makes it such hallowed grounds in the running world.

The start is at 8,200 feet altitude, the turnaround point is 7.5 miles later at 8,700 feet (with options to go two miles farther, or add singletrack offshoots). Or you can start at the other side if you want the second half to be net uphill, in which case maybe you are in need of some type of intervention. The elevation profile in between that looks and feels like a chainsaw blade. The hills are not insanely steep, but that might be what makes it so tough. If it were steeper, at least there’d be a better excuse to slow down to a crawl. Instead, Mags just grinds away at any pace. If you go faster, at least it’s over sooner.

Wetmore’s teams have had immense success over the years, and the book Running With The Buffaloes plus word of mouth turned Mags from a typical dirt road into a hilly standardized test. Survive Mags, and you gain fitness. Thrive on Mags, and like the ghosts you’re chasing, you gain supernatural strength.

Mags has always been a notorious proving-grounds for runners and triathletes from all over the world who train in Boulder. But it became legendary from being featured in the book Running With The Buffaloes, which chronicled the 1998 season for the University of Colorado cross country team, coached by Mark Wetmore. Almost every weekend, the team would do its moderate long run on Mags, with athletes going different distances based on training goals. There are whispers about how fast people have run it, but very little is written down. When you run on Mags, you’re running with ghosts.

Wetmore’s teams have had immense success over the years, and that book plus word of mouth turned Mags from a typical dirt road into a hilly standardized test. Survive Mags, and you gain fitness. Thrive on Mags, and like the ghosts you’re chasing, you gain supernatural strength.

Let’s distill Mags into the basics, then see how we can apply it to training no matter where you live.

The distance and moderate intensity are long enough to provide glycogen depletion stress whether an athlete fuels or not, since the burn rate cannot be matched by consumption. That upper-end aerobic sweet spot can spur major adaptations for your aerobic threshold, while avoiding excessive musculoskeletal breakdown or speed loss.

The hills add a muscular endurance stress on the ups, and resilience/strength from impact and faster turnover on the downs. Plus, most athletes will tickle lactate threshold on the climbs at altitude even if they try to hold back.

Finally, the altitude. Like all of us, I sometimes think about what made me who I am as a person. Maybe part of it is that I truly became a runner on the Magnolia dirt, wandering out there after I quit football and read Running With The Buffaloes. The persistent lack of oxygen flow would explain a lot.

Altitude has a number of specific adaptations related to blood volume and oxygen processing. If you can’t run at altitude, perhaps the biggest takeaway is that it adds a degree of difficulty to everything. Toughness is at least partially a learned skill. And maybe the true magic of Mags is that it makes everything else seem easier by comparison.

The principles of Mags can turn up the heat on any training plan no matter where you live.

Key elements for Mags-inspired progression long runs: Easy/moderate to moderate effort, not too long, broken up with harder sections

If you live near hilly routes: 50-70 minutes out easy/moderate, back moderate, ending last 10 minutes harder

Chart out an out and back course with ups and downs and start relaxed. On each uphill, just keep trying to move efficiently. After you turn around, bring it back with a bit more effort.

If you live in a flat place: 50-70 minutes out easy/moderate, back moderate, with 60 seconds moderately hard every 5 minutes starting at 20 minutes and last 10 minutes of the run harder

The tempo portions add a degree of difficulty, getting a similar lactate threshold and fatigue clearance stress.

You see those last 10 minutes with a harder push–what’s that all about? For training, I could think of some justifications that would sound smart. But really, Mags-inspired workouts are not about smarts.

These workouts are about toughness.

Mags is an amazing place to run – BUT many people who live on it get frustrated with the runners every weekend who are not car savvy. As a runner, hear their bummer stories about runners refusing to move to the shoulder, packs of huge groups multiple people wide, or staying in the middle of the road on blind corners. I feel responsible for these terrible stories, so PLEASE spread the word. We don’t want pedestrian use restricted, which has been threatened before. Everyone – runners and drivers- just want to stay safe along their way. Harmony exists! Run two wide at the most, give cars space by sticking close to the shoulder, peel your ears on any curve, and look up sometimes!