The Importance of Starting Slow

In training and races, a relaxed start can make you stronger, happier and faster 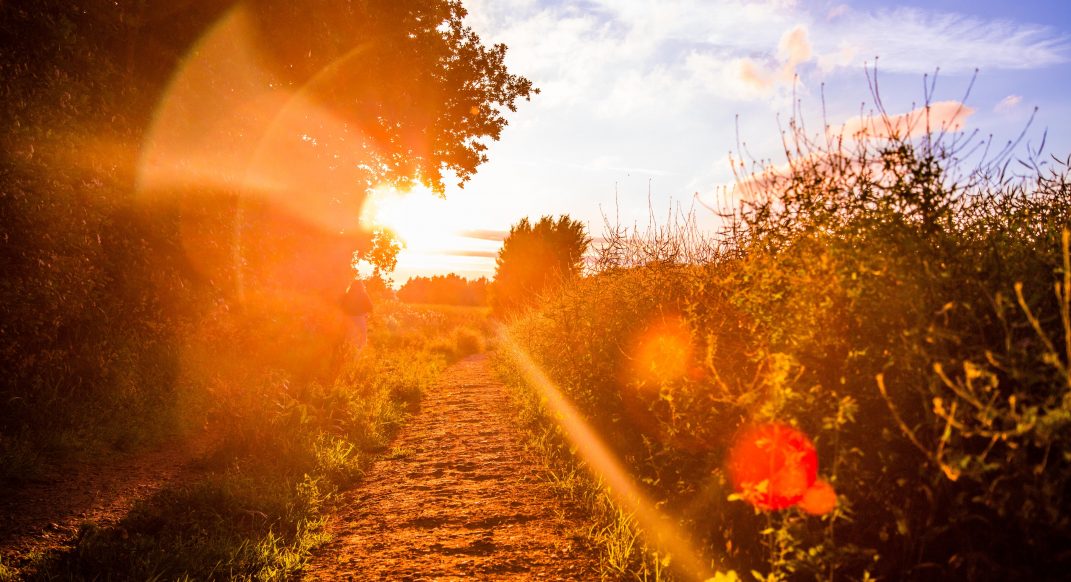 If I could only give one tip to an athlete looking to make their daily run more enjoyable and productive, it’d be simple: start slower.

Make your first mile your slowest mile. Get passed by someone speed-walking to catch the bus. Slither around like you are playing a game of Charades and get “bipedal snail.” However you think about it, that slow start can help improve mental and physical health long-term.

Most lifelong runners learn this lesson eventually, and even the pros do it. On the day of the Bolder Boulder 10k on Memorial Day, I was doing my own snail impression around town, checking out the course before the pro wave went off. As I jogged around the city, I saw a few of them starting their warm up.

The eventual male winner, Getaneh Tamire of Ethiopia, would run 28:18 later that day, a mind-boggling 4:30 minutes per mile pace (at altitude too!). For someone that fast, six-minute pace must feel like a jog, eight-minute pace a walk, and nine-minute pace a snoozle. As he started his run, he was going a bit easier still.

You can do the math yourself (I am not much help when math is involved). Tamire and his group slowed down at first so they could speed up later.

I didn’t see the rest of the warm-up, but I assume they progressed the pace and did some strides before rocketing off the start line. The lesson here isn’t to go slow all the time, it’s just that it’s okay (and often productive) to slow it down at first. Here is the psychology and physiology behind starting slow.

We’ve all been there. It’s 6 a.m. or 6 p.m. and it seems darn near impossible to make those first steps. It’s as if you are handed running shoes and told, “Okay, now use these sneakers to initiate cold fusion.” Where to even start?

But running is like any task. Viewed in its entirety, it can feel overwhelming, just like a cross-country road trip or year-long work project. Break it down into smaller chunks, though, and it can be manageable. It’s just one step in front of another; it doesn’t have to hurt. Heck, if you slow down enough, you can make it totally relaxed, practically walking effort.

Essentially, a slow start is like a systems-check before a rocket launch at Cape Canaveral. If something is off, you don’t want to find out for the first time when you’ve already blasted off.

We all walk all the time, right? Nothing is daunting about that. A slow start can make running feel the same, taking the run off the psychological pedestal and letting you be more consistent. High performance in most fields works similarly. A 2014 article in “Psychology Today” recommends taking time before starting initiatives, all under the headline “Ready, Set, Pause.” It’s a bedrock principle of performance psychology (get a copy of Brad Stulberg and Steve Magness’ book Peak Performance for more info on how it all fits together).

You probably know this intuitively from your own job or any area where you have gained proficiency. When the time horizon to achieve a goal is measured in months and years, like running or doctoring or writing or any complex task, the key is to set up a framework for sustainable growth and burnout-prevention. Ease into it, and you can get farther than you ever imagined at first.

Warm-up running is like foreplay—there’s no set way to do it and different things work for everyone, but you probably don’t want to skip it entirely all the time. For example, a 2007 review article in the journal “Sports Medicine” found that warm-up strategies including slow starts deter injuries (we are just talking about running now). Those findings are supported by countless anecdotal stories—runners that drop the hammer from the first step often end up injured and burnt out, especially as they age.

A slow start also gives you time to evaluate how your body is feeling each day. During the first mile, you can make sure your shin isn’t throbbing or your energy lagging unnaturally. If your shin hurts, you can stop before there is further damage (I call that trip back to the start the “Walk of Pride,” since it’s something that all healthy runners have to do sometimes to avoid making something minor into a long-term injury). If your fatigue doesn’t clear up, you can continue to jog at that slow pace, avoiding digging a hole.

Essentially, a slow start is like a systems-check before a rocket launch at Cape Canaveral. If something is off, you don’t want to find out for the first time when you’ve already blasted off.

That slow start isn’t just preparing for faster running to come—it’s an end in and of itself. Easy running increases the amount of capillaries around muscle fibers through a process called angiogenesis, largely by stimulating production of vascular endothelial growth factor (VEGF). More capillaries mean more fuel and oxygen for working muscles, which means improved running economy and faster running when it counts.

Meanwhile, evidence indicates that excessive intense exercise can actually reduce angiogenesis and VEGF production (see this 2015 study from “Experimental Physiology” and this one from 2016 in the “Scandinavian Journal of Medicine and Science in Sports”).

So start too fast, and you may be leaving performance gains on the table. At the very least, doing your first mile in 12 minutes versus 10 minutes or 10 minutes versus eight minutes won’t make you a slower runner.

You can’t make your run in the first mile, but you can break it. The conventional wisdom is to start marathons with your slowest miles being you first few. Almost all the best races over 800 meters are done through slight negative splits, ending faster than they started. For trail runners, digging a fatigue hole on the first climb can leave you trying to claw your way out the rest of the race.

Part of the reason was demonstrated in a 2016 study in the “Journal of Strength and Conditioning Research.” The study had seven world-class subjects with an average VO2 max of 80.7 ml/kg/min, an astounding number. If anyone could afford to start fast, it’s these supercharged V8 hemi engines. After an intense bout of exercise, the athletes were given a chance to recover to predetermined levels of blood lactate (a proxy for chemical byproducts of exercise that cause fatigue). Even after recovery, their running economy was reduced significantly. In other words, go too hard at first, and it takes more energy to go fast later.

What’s the big takeaway? When you put on your running shoes, it may help to consciously remove your ego. If some of the best runners in the world start slow, and the science supports it, you can too. There is no rule for how slow you can or should start. For those elite road runners, they began around double their 10k pace. For most people, one to three minutes slower than marathon pace is probably a good guideline, especially for days when it’s hard to get out the door.

That doesn’t mean you always need to go slow or even that every run needs to start slow. It just means that you have permission to live like the tortoise. And we all know how that story ends.