The Training Power Of Adventure Flex Days for Trail Runners 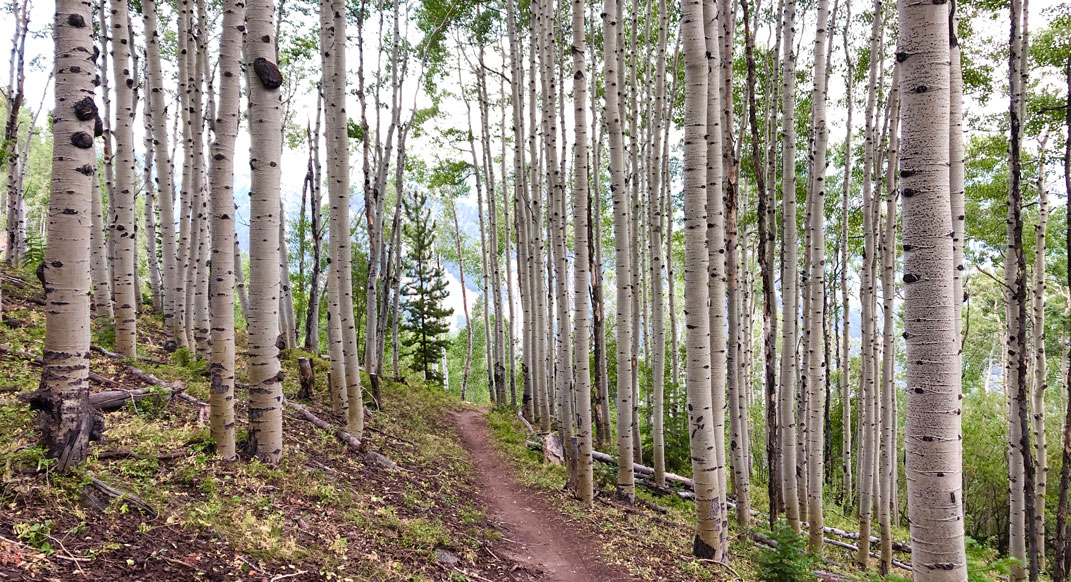 I am not sure if it’s the American spirit, or the human spirit, but there is some type of whisper deep within our souls that says, “I am going to do whatever I want to do.” You know those warning labels that say “DO NOT EAT THESE TIDE PODS”? I bet those labels are directly responsible for thousands of people eating Tide Pods, and dozens of people sticking them who knows where else.

Following a plan—even one that is based in science and expertise—can feel like we’re being constrained. I imagine that’s part of what we’re seeing with people who refuse to wear masks during a pandemic in public places full of vulnerable people. Don’t eat this Tide Pod, you scientists say?! You said nothing about putting it into my colon. I think for myself!

Training plans can rouse that same voice for some personalities, just with much lower stakes. As soon as a number of miles goes on a spreadsheet, it’s the only wrong number. Running six miles with hill strides is cool. But you know what’s cooler? 42 miles with 30,000 feet of vert. Or maybe 0 miles and a swim in shark-infested waters.

This article is about finding a happy medium between a fully structured plan and a fully unstructured adventure schedule. Adventure flex days build playtime into a long-term growth plan, supporting aerobic development and psychological sustainability.

The joke-based analogies to start the article seem to put the onus on that athlete who doesn’t always want to follow a plan. But through coaching and recognizing my own insecurities, I have seen that demanding strict adherence to a precise plan can often be a problem of a coach instead. “If I can only control almost every variable,” I would think, “this athlete can be happy and healthy and fast forever and ever.”

It doesn’t work that way, though. The line from training intervention to outcome does not follow a set equation. Instead, it looks like the flight path of a seagull that snatched a pot brownie from the picnic basket. Accepting that uncertainty is a key for coaching, I think. Adventure flex days are as much about a coach letting go of the illusion of control as they are about building in flexibility for an athlete.

The line from training intervention to outcome does not follow a set equation. Instead, it looks like the flight path of a seagull that snatched a pot brownie from the picnic basket.

For athletes I coach, adventure flex days mean they can do any activity they want, as long as it’s not incredibly stressful. Biking, hiking, climbing, easy running/trekking, swimming, trampoline with the kids, anything else they can think of. They aren’t always programmed directly into a plan, but I always want them implied on certain days.

There are only two ground rules for adventure flex days:

-Ideally, there is an easy day or rest day following them

-While an adventure can be long, it should not be too hard without accounting for the stress in the remainder of the week

That type of schedule balances speed and running economy development with the leeway to be spontaneous. And spontaneity isn’t just about psychological sustainability. Mixing activities can have big physical benefits too.

The more I coach, the more I see the benefits of incorporating cross-training. Weekly running mileage matters only as a proxy for growth, rather than as the driver of growth. Adventure flex days introduce physical stress while providing a mental release, possibly adding up to a greater adaptation stimulus than a few more miles ever could.

Aerobically, longer low-intensity days can increase capillaries around working muscles while improving fat burning capacity. When mixed with more traditional running training, they can reinforce an extra-strong base throughout a training cycle.

Musculoskeletally, mixed movement patterns may help support a durable and strong athlete. That’s the key word: athlete. Viewing yourself as “just a runner” sells short all the amazing things a body can do, and it may also increase injury risk. Even for an athlete that sticks to the perfectly designed plan, I want them to do strength work that helps them embrace their athletic selves. And sometimes, that strength work can be playing soccer or climbing or hiking. It doesn’t need to look like a gym workout to get the same benefits.

The potential downsides of adventure time are primarily related to how the biomechanical and neuromuscular systems interact with running fitness over time. There’s a reason Tour de France cyclists or specialized climbers are not fantastic runners. Specificity matters for how the brain and body interact to support efficient movement that turns aerobic fitness and physical strength into speed. However, mixing pure adventure days with easy running and fast strides/smooth workouts on other days is plenty to get positive feedback cycles going between aerobic development and speed development.

As I learned to let go of my coaching insecurities, I have seen these unstructured training elements work for pros and athletes just starting out. The key is to find what is sustainable for you, being willing to mix things up for adventure, as long as it supports belief in a long-term process rather than acting as an excuse for not going all-in on your athletic potential. Sometimes athletes will say, “I am an adventurer, I don’t really care about finding my athletic potential.” And later I’ll get to know them and they’ll tell me, “I cared so much that I used adventure as a defense mechanism against making myself vulnerable.”

Let’s not be afraid to go ALL-FREAKING-IN, with all-caps and vulnerability. But going all-in doesn’t have to mean dedicating your athletic life to every single number on a running plan.

Weekly mileage matters some. Speed matters more. Consistency matters most. Adventure flex time can help some athletes bet on themselves through long-term consistency.

Celebrating Yourself Just The Way You Are