The Uplifting Power of Sharing the Love

Lifting others up can lift your run up too. 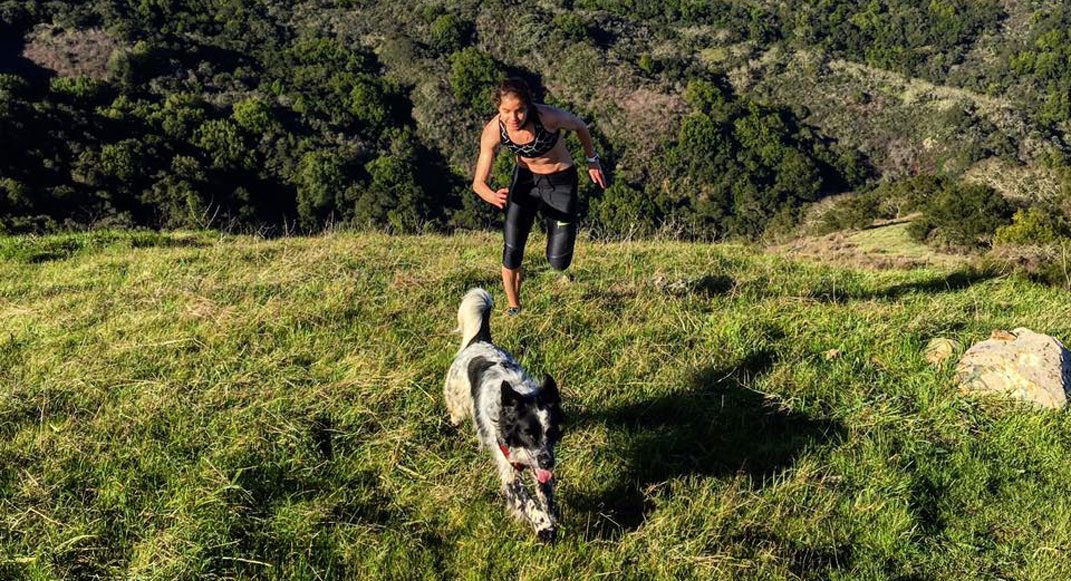 My favorite race is Quad Dipsea. Now, nothing about Quad Dipsea sounds particularly enjoyable. It’s a double out-and-back with 9000 feet of climbing over 28 miles, making it both painful and repetitive. I imagine it would hold a lot of appeal to fans of sadomasochism or baseball.

No, the cool part is not the elevation profile, which looks like someone spilled a knife drawer onto graph paper. I love Quad Dipsea because you get to see every runner in the race at least three times no matter how fast you are going. Running can be intensely personal, which can be amazing and uplifting, but can also be daunting and lonely. Quad Dipsea is a journey shared with hundreds of other people, most of them kindred spirits. You get around 1,000 chances to tell someone they are amazing, awesome, freaking great or whatever other superlative comes to mind. It’s a group-therapy session masquerading as an ultramarathon. How cool is that?

I remember sometime after mile 20, I was coming down the “Dynamite” descent that is famous for its steepness. There had been a torrential downpour during the race, so it was like running in watery Nutella. Coming up the other direction were a few runners all laughing at their plight, grabbing every branch they could to pull themselves up. As they were laughing up and I was laughing down, I saw Ken Michal, a friend from social media whom I had never met in person. We made eye contact, I asked if it was OK to share a hug, and we shared a big bear hug right there in the muck. We screamed something supportive and continued on our merry way.

Outcomes of races and training days are dust in the wind, but the experiences and emotions you share with others have tendrils that affect everything about the world you are living in.

A similar scene repeated itself over and over, just without the hugs (general rule: don’t touch anyone without asking). No one cares how I performed that day, but, in the years since, I have interacted with tons of athletes who met me for the first time on those trails. Outcomes of races and training days are dust in the wind, but the experiences and emotions you share with others have tendrils that affect everything about the world you are living in.

Yes, I can sense some deserved resistance to that idea. But as comedian Pete Holmes says, We spend so much of our lives withholding from people what they really want. What if we gave it to them instead?

Most people want connection, support, reinforcement, joy, enthusiasm and all those other words that were probably on posters in your first-grade classroom or thought bubbles of dogs. Instead, we often provide evaluation, judgment, coldness and all those words from a desk-job performance review. Screw that. Spread the freaking love because life is too short and uncertain and scary to spend it alone, withholding affection.

One thing that is so cool about the trails is that they tear some social barriers down. You probably shouldn’t walk by a stranger on Broadway and tell them that they are awesome unless you are immune to bear mace. But on the trails? As you pass by, a nod, smile or heartfelt affirmation can go a long way.

But it doesn’t have to be. It can be a little nod or wave, acknowledging their shared existence. A smile works. It can even just be moving a bit to give them room, or not yelling at them for breaking some trail rule. Really anything can do the trick if you just use a couple of spare neurons to try to  lift someone else up.

I understand the hesitance. My whole adult life, I have been subject to some variant of the following argument: “But are they really awesome? If everyone is awesome, no one is awesome.”

For the longest time, I felt so self conscious around these arguments. Maybe they’re right? Maybe awesome is an objective metric where you earn credits over time that contribute to your awesomescore?

Then, I started running more. I got a bit more comfortable in my own skin (still working on that). I watched videos of golden retrievers on Instagram. And I decided to emulate some of my favorite people (and dogs), calling BS on that whole concept of earning affection. It didn’t come from a place of knowing anything. It came from a place of thinking about life and death and the crappy existential questions we all deal with on a daily basis, supported by athletes who share their journeys. In the face of that big, scary reality, moving forward at all (even metaphorically) is such an awesome accomplishment.

So try to help people celebrate that accomplishment. If you’re at Quad Dipsea this November, try giving everyone a joyous affirmation. In your races, profusely thank every volunteer. Yell “woohoo!” in the woods and share some joy with people around you. Spread as much love as you can given your personality, because we are all scared on some level and it’s way harder to be scared when you are smiling and laughing.

Tap the Power of Trail Love

For the last few years, my pre-race email to athletes has included this bullet point: “Thank every single volunteer and encourage every other runner. Positivity is a performance enhancer. I want people to come up to you after the race and thank you for being so great on the course.”

It’s not just psychological, but in how physiology responds to stress. Uplifting emotions may improve running economy. Affirmations reduce cortisol and stress. Even adaptation processes on the cellular level may be improved by a positive neurophysical context.

I’d like to say I included that line because it makes the world a better place. That’s a part of it, sure (a small part, but still a part). The main reason it’s in the email is for a performance-related reason: lifting others up can lift you up too. It’s not just psychological, but in how physiology responds to stress. Uplifting emotions may improve running economy. Affirmations reduce cortisol and stress. Even adaptation processes on the cellular level may be improved by a positive neurophysical context.

There’s a video from the Western States 100 taken by Ethan Newberry (the amazing “Ginger Runner”) that shows what I mean. In the clip, Clare Gallagher is in full flight, in the midst of one of the best runs in ultramarathon history. She is too out of breath to say thank you audibly, so she asks her pacer Alastair McDowell to say thank you for her. It’s funny and joyful and interesting all at once. But I’m pointing it out here because of the performance implications of what she did. Maybe Clare is such an amazing athlete partially because she doesn’t race with her brain turned inward. Even in a moment of suffering, she was thinking about others and lifting others up. In this instance, she just needed an assist from Alastair.

Or maybe that’s all wrong. Maybe Clare would have gone a bit faster if she wasn’t being kind and positive, wasting a few precious breaths. Here’s the big point: trading kindness for performance would be worth it too. As amazing as Western States 2019 was, it will be lost to the sands of time. Clare will be too, as will you and I and the family dog. We’re in this together, whether we know it or not. And as trail runners, we have a perfect excuse to let people know that they are not alone.

Wow, that is an amazing perspective… thank you, David.

Exactly! Kindness matters. Kindness strengthens our sport and creates a life-long love of ultrarunning in many who enter it. Further, I firmly believe that one doesn’t have to sacrifice performance in order to support others. Supporting our volunteers, fans and direct competitors leads to the improvement you note above through decreasing stress during one’s race. And it increases the kind racer’s love of the sport which leads to more enthusiasm for training. Remembering a competitor’s “at-a-girl,” or a volunteer’s smile in response to my harried, “thanks!” for a piece of watermelon, may make the difference between going out for that early morning run in the pouring rain or simply staying in my warm bed. Kindness motivates both the competitor who is sharing it and its recipient. What you write above, David is one of the world’s truly win-win actions. Without it, I cannot imagine the huge growth of our sport, the fantastic performances seen at every race, or the dedication countless runners put into their training every day.

This just a joyous wordsmithing job about the pure happiness of sharing the love of being out there. “Awsome”

Thanks for this super upbuilding article. This is fantastic advice that lends itself perfectly to the trail scene. David, you are positively amazing. Keep up the great work!

I love this! One of my favorite races is one where we see each other coming and going multiple times, and so many “good job” and “looking good” comments make the race very fun and uplifting. My trail half marathon PR is on that course, and maybe the uplift is part of the reason. This positivity was also one of my biggest takeaways from Trail Runner Magazine’s trail camp this year with David and Megan Roche as our coaches. So keep advocating for joyous positivity, David – it works!