The Art of (Realistic) Tapering

Clare Gallagher finished second at the Black Canyon 100K. Here's what you can learn from her less-than-perfect taper. 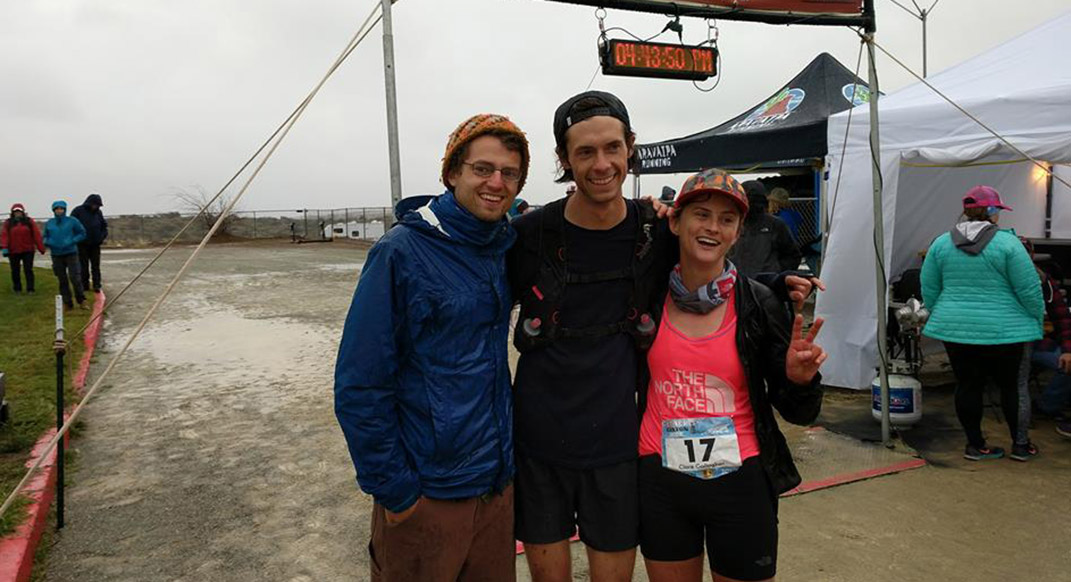 The taper: it’s that magical time before a race, when you cut back on training and hope to pull a very fast rabbit out of hat on race day. But all too often, inadequate tapers leave runners feeling more like a sedated sloth. Where did the taper magic trick go wrong?

Coaches think about this issue constantly, and there is no settled approach to the perfect taper. One of my athletes, Clare Gallagher, is a prime example.

Gallagher, 25, from Boulder, Colorado, burst onto the trail running scene last year with a second-place finish at the U.S. Trail 30K Championships, a win at the Leadville 100 (with the second-fastest time ever) and a fifth-place finish at the North Face 50 Mile. She quickly became known for her blazing speed, ready smile and infectious laugh. For 2017, she set a big goal: to compete for a top finish at the Western States 100. She would need to race her way in by earning a Golden Ticket, awarded to the top-two finishers at six prestigious races, including the Black Canyon 100K.

But running isn’t her only goal. Her first goal is to “spread environmental stewardship and human rights awareness, especially for women and minorities.” The week before Black Canyon, she was planning a service trip to Cuba, which meant traveling from Colorado to Florida to Cuba, back to Florida and then to Arizona.

On February 18, she finished second at the Black Canyon 100K and earned her Golden Ticket.

Like Clare, many of us have busy schedules. When planning for a big race, we don’t necessarily get to take time off from work or parenting in order to nail the perfect taper.

Gallagher’s taper tips could help you pull the curtain back and find out how the magic happens.

Tapering is vastly misunderstood—in fact, many trail and ultra runners rest too much in the weeks before a big race. Three general keys to tapering are: muscle tension, muscle recovery and mental preparation. In other words, it’s not just about resting, but about maintaining your muscle conditioning without overdoing it.

The weekly volume two weeks out was 25-percent lower than the prior few weeks, and on race week the running volume was down 50-percent. However, she still did her mid-week workouts and ran up and down lots of hills.

At least, that was the plan. Given Gallagher’s busy schedule in Cuba and bad weather in Colorado, we had to adjust on the fly. It all came down to prioritizing long runs and easy intervals, erring on the side of recovery and sticking to a routine.

Muscle tension is a term used by top coach Steve Magness to describe the resting tension in muscle fibers. Through training and tapering, we send feedback to our nervous system, which tells our muscle spindles how much to lengthen or contract. In general, faster running increases muscle tension, while slower running and rest decreases tension. Too little muscle tension, and a runner feels flat as a pancake. In other words, lots of slow jogging during a taper often results in slow slogging on race day.

While travel complications forced Gallagher to cut back on overall training volume, she still did her long runs and intervals as planned, though at a lower volume (three days of strides; one hard workout; one long, moderate run). The day before the race she even did some light strides outside the Phoenix Airport terminal, much to the chagrin of TSA.

For your own taper, do a manageable weekly long run right up to race day. Likewise, cut down on the duration of your workouts, but don’t remove the intensity or quality.

If you typically run more than 30 miles a week, be sure to run the day before the race. The standard for my athletes is 30 minutes of easy running plus 4 x 30 second relaxed strides up a gradual hill.

By continuing to train at the same intensity, but at a lower volume, you’ll keep muscle tension in working order.

2. Muscle recovery: err on the side of less stress

Too little running during a taper can lead to sub-optimal muscle tension and flat race performances, but too much running can lead to race-derailing muscle fatigue. In the context of a stressful life, it’s important to maintain frequency while reducing volume, which lets a taper straddle the line between too little and too much.

For Gallagher, a few extra stresses played a big role. On day 13, Colorado had an epic snowstorm. Likely saying “coach never has to know,” she skinned 19 miles with 7,500 feet of vertical gain. So we removed the run that day and the strides two days later to keep total stress down.

A few days later, the travel to Cuba got delayed. Since airports are the most stressful places on Earth outside of the dentist’s office, we turned day nine into a complete rest day.

The Cuba trip turned out busier than expected, so we switched the workout on day four to relaxed strides, which have the same muscle-tension benefits as a regular interval workout, but with less stress.

For your own planning, start with a template of a two-week taper consisting of a 15-to-25-percent drop in volume the first week, and a 35-to-50-percent drop on race week. Aim to maintain your normal intensity and frequency, but with fewer intervals or miles.

But if life goes crazy, cut down a bit more to ensure that you aren’t overstressed.

3. The mental game: keep up your routine, to ensure you’re mentally prepared

A ready body goes to waste without a steady brain. Some runners need lots of running in a taper just to avoid the self-doubt spiral. Others need less running so they don’t feel mentally drained before even taking a step. But when possible, try to retain the general contours of your tested training structure so your body and brain don’t put the race up on too high a pedestal.

Gallagher faced a lot of uncertainty during her taper, from meals to running terrain to finding time to run at all, but she adapted and continued her running schedule as normally as possible, simply cutting down on volume.

In the end she earned her Golden Ticket with a gutsy performance in terrible weather conditions, showing that after surviving the taper, sometimes toughness is 90-percent of the battle. With her positive, flexible approach, Gallagher has the potential to win the Western States 100 in June. But no matter how it goes, it’s a guarantee that she’ll be smiling and laughing the whole way.

David Roche and Megan Roche are runners for HOKA One One and Team Clif Bar. Megan is a student at Stanford School of Medicine. They work with runners of all abilities through their coaching service, Some Work, All Play.

Hi David, great article about the mystery of tapering.
I too have a problem with tapering before my next ultra ( 60 kms/1800 m
of vert. gain ) because I have to go road biking two weeks before with my wife, 7 days on bike island Mallorca. This might mean 6 days of biking
and the last week before ultra for recovery/tapering.
No idea how to manage this without making my wife unhappily bike alone
;-))
many greetings from Germany
Volker

Haha, Volker, a happy wife is most important of all! I would recommend treating the ultra as a fun adventure, rather than an all-out race. So during the bike week, try to do 10-15 minute jogs every other day just to keep your legs adapted to the pounding. Then, do short runs on race week to get used to running again, possibly with some 1 minute hill intervals on Tuesday or so. You will rock it!

David, thanks for this and all of your articles. Enjoyed your Ginger Runner broadcast too!

Hey Ron! Honestly, that looks great. Basically, whatever makes you feel most confident will likely make you race strongest!