Recovery intervals sometimes matter as much as speed intervals. Here’s why. 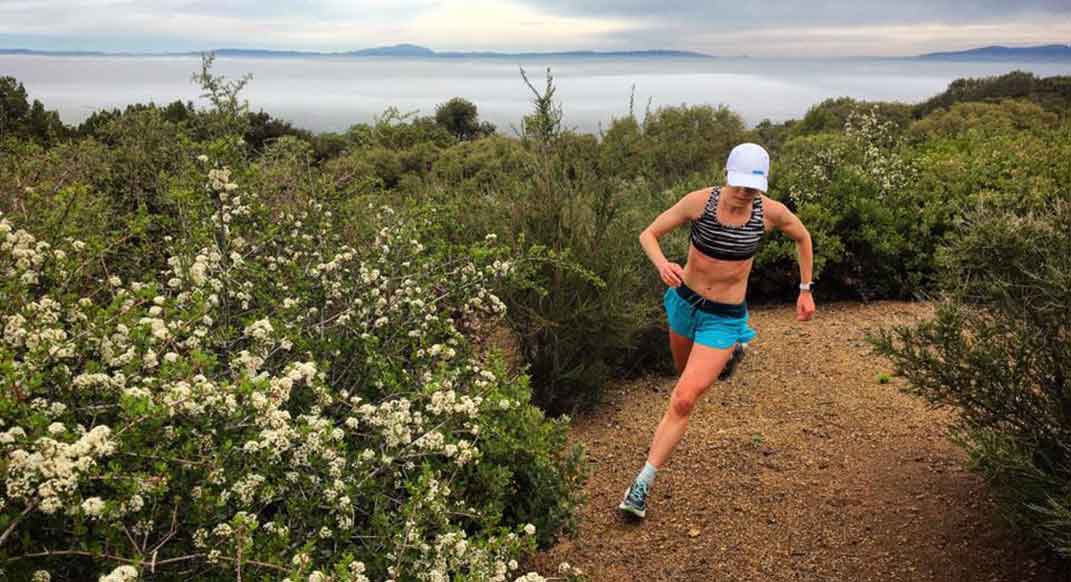 Perhaps no quote is more applicable to running training. Go figure that the man who said it was named Miles.

Let’s think about some notes you don’t play: recovery days and easy days. Recovery days, not workout days, are when adaptations take hold. Going easy, not fast, is how you avoid injury and burnout.

The same applies during workouts, too. The recovery interval, not just the workout interval, is a big part of what determines training stimulus. Recovery intervals are the empty spaces between harder bouts of running. Most runners will think of that time as pure recovery time, to jog around or stand with hands on hips, waiting to play the next note. But by tinkering with recovery interval intensity, you can take your training to another level.

“Float” recoveries involve running the recovery interval a bit faster than you would if the goal was solely to run the next work interval fast. Let’s break it down like Miles Davis doing a trumpet solo.

This isn’t a pool party … so where did the term “float” come from?

The 1960s and 1970s is to running training what the Cambrian Explosion—that time a 541 million years ago when evolution reached a tipping point and species diversity skyrocketed—was for life on Earth.

In the 1950s and 1960s, led by coaches like Arthur Lydiard, running training moved from primarily an emphasis on intensity to an emphasis on volume and controlled intensity. Around the same time, coaches like Australian Pat Clohessy and Britain’s Peter Thompson began to think a lot about how to optimize workouts from all angles. Like convergent evolution (the process where two distinct species in two different locations develop the same adaptation), multiple coaches began implementing “float” intervals at a similar time all around the world.

The term “floats” developed because the idea is to glide along between intervals. They have alternatively been called “roll-on” recoveries and even by the more technical term “Lactate Dynamics Training.”

“Lactate Dynamics Training” sounds complicated. Explain it to me without any distracting analogies.

Because the recovery interval is faster, the focus of the workout shifts from the individual speed intervals to the entire workout. “Lactate dynamics” refers to the body’s method for transporting waste products generated during exercise. “Floats” force that waste transport to happen at faster paces during recovery intervals. Theoretically, that could make a runner more efficient at faster paces.

Think of when you crest a hill in a hard trail run or race. Your body may be searing after the effort. Doing “float” recoveries could make that sear disappear more rapidly, allowing you to push into the next section of trail. By forcing your body to get more efficient at transporting waste products, “floats” could even let you recover on the hill itself and possibly improve lactate threshold, making hard efforts faster over time.

That’s not all! Many runners go too fast on intervals. For example: turning 10 x 1 minutes fast/1 minute easy into 10 one-minute races. Going too fast recruits the wrong muscle fibers and works the wrong energy systems—used incorrectly, workouts can actually make you slower for long distance running. If you have to “float” after the intervals, you’ll keep the fast sections under control.

Okay, okay, that all makes sense. How fast and long should float recoveries be?

“Float” pace and duration can vary a ton based on the workout and training goal. In an article by elite trail runners (and writers) Matt Flaherty and Eric Senseman in Competitor, top coach Steve Magness said that some runners should float a bit slower than marathon pace. Alternatively, some will say to run the float as fast as you can while still recovering, or to run the interval as fast as you can while still being able to float.

Personally, I like this explanation from an article in Running Syndicate: “moderate yet relaxed … correspond[ing] roughly with aerobic threshold.” I tell my athletes to do float recoveries at easy-moderate effort, moving efficiently while still recovering for the next interval. So the float gets faster as you get fitter.

So floating seems more like an individual art (jazz) than a general science (evolution). When should you use float recoveries?

Floats are best after an athlete has already built up his or her running economy a bit and is able to run quicker paces without too much strain. If you float too soon, the whole workout might end up being the same pace. After you’ve developed good running economy (advanced runners might be there year-round), it’s good to mix up floats with regular easy jog or standing recovery based on your training goals.

If your goal is to develop the biomechanical and neuromuscular components of running fast, don’t use floats too soon or you’ll never get the full stimulus of fast running. If the goal is getting more efficient around race pace and optimizing long-distance performance closer to race day, floats can be really helpful. For my athletes, floats are more prominent in the middle or end of training cycles, acting a lot like tempo runs.

Wait a second. These training principles were developed for road runners. Do they work on trails?

That’s an unequivocal yes! What is a trail race but a series of efforts (uphills) separated by floats (downhills)? Plus, specifically paced intervals with jog or standing recovery are more useful when the race is specifically paced, like on roads or the track. Since trail races are messy and herky-jerky, floats may be most specific of all. Among other athletes, Scott Trummer relied on floats before winning the American River 50, Keely Henninger before finishing fourth at CCC and Megan Roche before winning the Way Too Cool 50K.

Let’s do some floats! Wait…what are some workouts?

Here are my favorites for trail runners (all involving warm-up and cool-down).

After building up running economy to the point where fast running feels relaxed, our athletes do the Binary Code: 10 to 15 minutes of 1 minute fast (think 5K effort)/1 minute float.

In the middle of a training cycle, when tempo paces are coming more easily, our athletes will do the Big Kahuna: 6 to 10 by 3 minutes fast (think 10K to half marathon effort)/1 minute float.

Near the end of a training cycle, when our athletes may need a dose of neuromuscular stimulus for faster paces without breaking the bank by going too fast, they’ll do the Smart Kahuna: 5 to 10 by 3 minutes fast (think 10K to half marathon)/3 minutes float.

Similarly, when hills are on the menu to optimize power output at relaxed efforts, our athletes will do the Steep Kahuna: 4 to 8 by 3 minute hills (think 5K effort), immediately running back to the starting point moderately (a downhill float).

All of these workouts can be done on variable trails. Floats are a wonderful bridge between good running economy and great fitness. Use them strategically, and you might find that all of your running begins to feel a bit more like floating. 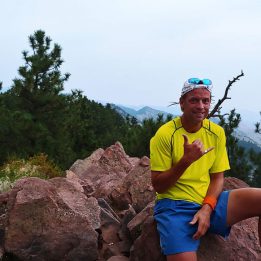