The Basics of Heat Training for Running

How to become a better hot weather runner. 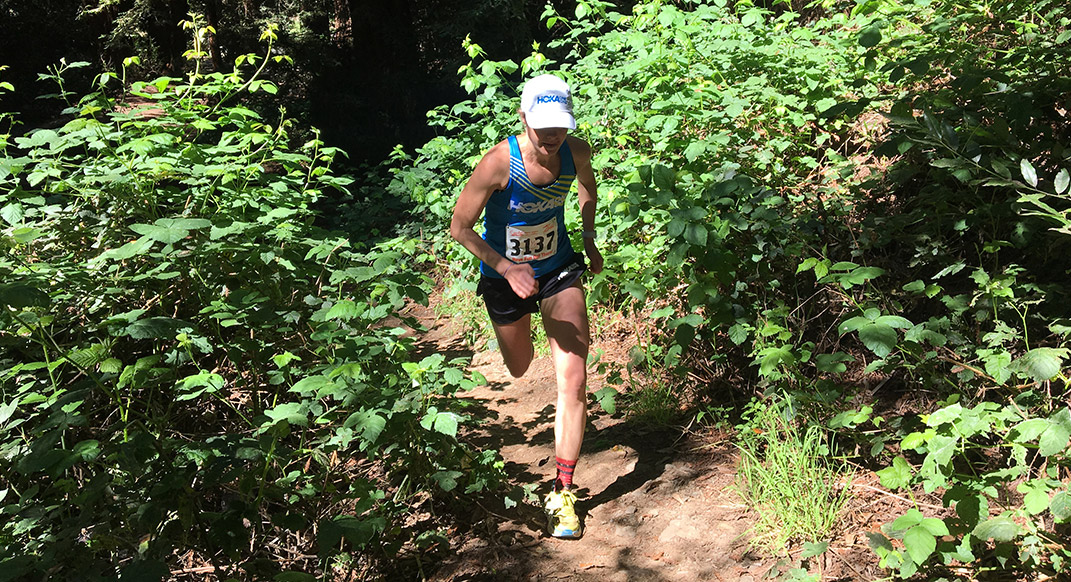 You exist because you perform well in the heat.

At least, that is one line of evolutionary thinking discussed by a 2014 article in the journal Comprehensive Physiology. According to the article, our early human ancestors on the African savannah came to an evolutionary crossroads related to one of our worst traits as a species—they were slower than their predators. Heck, a house cat has a higher top speed than Usain Bolt!

This, the article posits, is where our ability to deal with heat comes in. According to the article, “early hominins in open habitats likely benefited from improved abilities to dump heat in order to forage safely during times of peak heat when predators were unable to hunt them.” In other words, before you were born to run, you were born to tolerate heat and sun.

Regardless of evolutionary history, any trail runner can benefit from heat acclimation, even if you are racing in cooler conditions. Heat acclimation can improve performance in both hot and cold temperatures through a number of adaptations like increased blood plasma volume, more efficient sweating, increased cardiac output and reduced core temperature.

While there are a lot of ways to approach heat acclimation, here are four simple steps as summer approaches.

1. Decide that the heat is your friend.

So the first step is to practice positive psychology related to heat. Tell your friends you love hot weather and root for the long-range forecast to show scorching temperatures. In other words, fake it until you make it. Some amount of athletic performance will always be psychological, so take control of your psychology and you may begin to find that your physiology follows suit.

2. Slow down your hottest runs, and aim to do your most important workouts in cooler conditions.

Running in heat is stressful, especially when there is a heat index over 80 degrees Fahrenheit. So, do the majority of your key workouts during the most advantageous conditions, like the early morning or on cooler days. This approach will ensure that you maintain speed and don’t impersonate an overcooked piece of human bacon on the most important training days.

Second, do some of your easy runs during the heat of the day (or, at least don’t intentionally avoid the heat). Different protocols abound, but the general rule is 60 to 100 minutes of moderate exercise in hot conditions every other day for a couple weeks will get you most of the heat adaptations you need. Just be sure to slow down to account for the heat, and be ready to reduce your surrounding training accordingly.

These easy hot-weather runs can act as workouts in some ways, so don’t expect to feel daisy-fresh afterward. If you live in a cooler climate than where you will race, you can also dress extra warmly in dark clothing on a high-sun day while doing low-intensity exercise.

Then, if you are racing in extra-hot conditions like at the Western States 100, consider doing some key long runs or workouts in the heat, making sure to recover plenty afterward and hydrate adequately at all times.

3. Use a sauna strategically.

The sauna is the ace-in-the-hole for athletes trying to adapt to heat. A number of studies discuss passive adaptation, but for most time-limited runners, it’s best to keep it simple. Twenty to 30 minutes in a dry sauna (160 to 180 degrees Fahrenheit) sometime after your run can help with heat, adaptation plus potentially add other benefits related to recovery. To kick it up a notch and encourage a greater increase in blood plasma volume, refrain from rehydrating or cooling off immediately after exiting the sauna. Instead, rehydrate gradually and take a hot shower instead of a cold one. (Note: be sure a doctor approves of your heat acclimation plan)

Heat adaptation benefits accrue quickly, but also wear off quickly. In general, it takes around two to three weeks to get most adaptations, with more time needed if you are doing less heat running or are less diligent with heat adaptation protocols. After that initial period of adaptation training, you can maintain the adaptations by running in the heat and/or getting in the sauna periodically (For my athletes, I recommend doing every day for a week, then moving to every other day thereafter). Heat is stressful even after you adapt, so be sure to stop using the sauna or intentionally running in the hottest conditions a few days before an important race.

When adapting to heat, don’t intentionally dehydrate yourself (outside of the minor rehydration caveat when using the sauna). Everyone has different sweat rates—you can calculate yours in a lab to get exact results, or use a simple few-step process to get a helpful but inexact guideline (see on online calculator here):

So if you lose 3 pounds over 2 hours during a hot run, your (inexact) sweat rate is:

This method may overestimate fluid needs because it does not account for metabolic processes. When in doubt, experiment during training to find what works for you.

Plus, while calculating your sweat rate could be helpful for determining a fueling plan in a race or long training run, the most important principle is to not get chronically dehydrated. The thirst mechanism works well for most people, but if you are the type of person that hates water, keep a water bottle nearby and force yourself to drink your medicine. However, be sure never to overhydrate, which can cause hyponatremia, or low sodium levels (this condition can be fatal in rare instances).

Good article David, thank you. For me #1 can get to me, some days just can’t convince myself and end up losing the mental battle

YOU GOT THIS!!! Thanks for being great!

Ruben, thank you for the comment! If you get a nose bleed or experience any abnormal symptoms, please see a doctor.

“take control of your psychology and you may begin to find that your physiology follows suit” — So true dude!

All the best athletes find a way to make weaknesses strengths and thrive in poor conditions. Whether it’s a beach volleyball player and the wind, a surfer in high tide on a shore break or a runner in the dead heat of the summer, the elites seem to never complain, only relish the opportunity to get better and stronger in face of adversity.

You are so awesome Bobby! I love those examples you shared from other sports.

Do you have any advice for those that live in very humid areas? I actually do alright with the heat for the most part, but its the 80+% humidity days coupled with high heat that get to me. It just seems like your body can’t sweat enough on those days to regulate your body temps.

Drink to thirst or risk hyponatremia. As far as the different fluid compartments in the body are concerned, a given amount of sweat lost is not the same as losing the identical amount of water. Using glycogen liberates water, and carbs/fat plus O2 results in energy, CO2 and H2O – yes water. Running a marathon, it is possible to lose 2 kg or more in weight and not be at all dehydrated. As I say – drink to thirst. And remember heat illness is not due to dehydration; drinking lots does not prevent it.

Heat index over 80 is running anytime (even at night) between April to October in the south. In the summer usually can’t tell if I went for a run or a swim.

Thanks for another informative and enthusiastic article! I will definitely try your tip on calculating hydration needs. I have a question for you; I ran 70km of a 100km race last year in some decent heat, peed blood after I stopped running, but hydrated really well during the following 2 hours and was back on track. Was that likely from dehydration or simply from running a pounding course?

How about adding a discussion about heat and cramps. Since I turned 50 I cannot avoid cramps when racing in hot conditions for more than 13 miles. I thought the new nerve drink would help be it did nothing during my last 50K. I drink plenty of fluids but nothing helps.

Dave: are you sure it’s not increased electrolyte demands due to warmer conditions? I started taking Magnesium + Calcium daily after cramping bad in two Ultras. Now after 7 months I ran a race lasting for 20 hours and I didn’t have any tendency for cramps. Especially Mg is drained from skeleton and tissues and need to be kept at high levels. This can’t be fixed with electrolytes during race day. I’m 42 by the way.

While training for a race that will be hot AND humid, would you recommend time in the steam room, versus time in a dry sauna? I’m from Colorado, and will start training in a few months for the Keys 100 (Florida in May). I’m unused to running humidity, to put it lightly.