Avoid intense muscle fatigue from downhill running, with these tips. 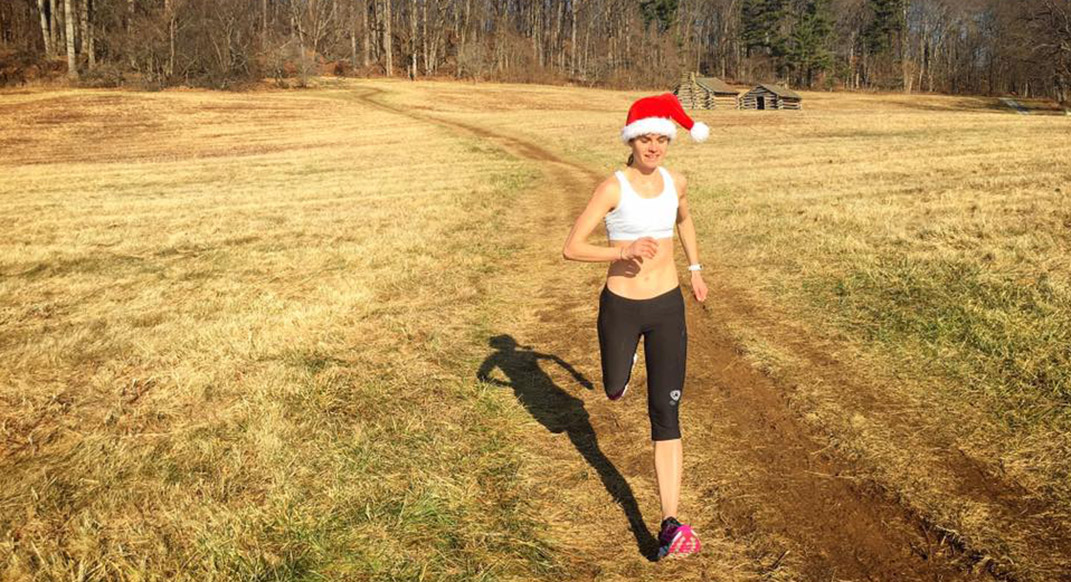 Go into any official race hotel the morning after a trail race with steep downhills, and you will see a zombie story unfold. Half-dead runners limp down the stairs to the continental breakfast, seemingly unable to make their legs work. A few might even try to go backwards down small flights of stairs to improve their odds of making it to the waffle maker in one piece.

When running down a steep slope, your knee is likely almost straight upon landing. In that position, with your knee straight, your quad muscle is at its shortest. Then, as your leg absorbs the impact, your knee bends, lengthening the muscle.

The act of lengthening a muscle while it is contracted is an eccentric muscle contraction. And these contractions do more than cause you to get sore—they can cause near-complete muscle failure. The same physiological damage that causes extreme soreness after a long downhill run or race can cause muscles to weaken prematurely during races. Luckily, with the right training, it is avoidable. Here are the basics.

Why do eccentric muscle contractions matter?

Downhill running involves a particularly high intensity of eccentric contractions, because of the muscle tension required to move fast on steep gradients without falling. Muscles essentially act as shock-absorbing springs, going from extension to compression very rapidly. This can cause extreme skeletal muscle damage—in essence, the tension can pull muscle fibers apart, much like a very unfortunate pulled pork sandwich.

These micro-tears often cause Delayed Onset Muscle Soreness (DOMS)—the culprit for those post-race zombies struggling to get to the hotel breakfast. DOMS, and associated strength loss, usually peaks around 48 hours after the run or race, but can last for a week or more. If you’ve ever gotten a post-race blood test, the doctors may have been astounded by your Creatine Phosphokinase (CPK) readings. CPK is released when, among other things, muscles are damaged or die. CPK readings often correspond with high levels of reported DOMS.

In other words, being unprepared for eccentric muscle contractions can make for unhappy muscles, unhappy blood and an unhappy trail runner.

Is there any hope?

Just one bout of downhill running can cause adaptations that reduce DOMS and muscle damage for future bouts, even when those bouts are separated by a relatively long period of time. A few mechanisms are likely involved, primarily more efficient motor-unit recruitment (you become better at the movements required for running downhill) and connective tissue changes (you become a less tender pulled pork sandwich).

How can trail runners harness the repeated bout effect?

There is no uniform protocol for exposure to eccentric muscle contractions. But, by mixing research findings with what trail runners do in practice, we can find a starting point.

1. Once a month, provide a major downhill stimulus

You need to be careful with big downhill workouts since they involve far more impact forces than flat or uphill workouts, which increases injury risk. Plus, as mentioned before, you’ll get a bit sore, and you don’t want to derail the rest of your training. By spacing big, downhill-focused workouts about four weeks apart, you’ll get the best of both worlds—adaptation to major eccentric loading without wasting too much training time on the sidelines.

The easiest way to provide a major stimulus is a downhill interval workout. Aim to get 30 to 60 minutes of hard downhill running completed, broken up by running back up the hill (you can do it all at once if you live with some good mountains nearby). 4 x 10 minutes hard downhills with jog back recovery works swimmingly, but almost any option will do. If you live in a flat place, consider investing in a treadmill that goes downhill. Or, if you’re feeling lucky, look at Youtube tutorials that describe how to set up a normal treadmill to simulate downhills.

2. At least once a week, provide a moderate stimulus

Continued exposure maximizes the benefits of the repeated bout effect. For trail runners, the easiest way to do that is to run downhills moderately hard in the course of your normal long run each week. If you live in a place with only short hills, do hard downhill repeats on the biggest hill you can find, but fewer than in the major monthly stimulus (possibly 10 minutes instead of 30-60).

Joe Gray, reigning World Mountain Running Champion, is famous for consistently hammering some downhills in many of his runs. Be like Joe (a good general guideline). This practice will have the added benefit of improving your comfort with downhills and preparing you optimally for the specific demands of running fast downhill on race day.

You can prepare your quads by doing step-back rear lunges (unweighted works fine, weighted is riskier but can work even better). Stand on one leg, and step backward with the other, bending both knees with each rearward step. In this sequence, the quad muscle of the rooted leg starts in a shortened position and then lengthens as you bend the knee and step backward. The tension from balancing mimics the same eccentric muscle contraction of landing on a straight leg on a downhill.

You can start with 10 step-back lunges with both legs, two or three times a week, and go from there, graduating to more complex exercises, like single leg squats, weighted squats and single-leg step ups that maintain tension throughout the exercise. Be careful though, since these exercises can cause the same DOMS that downhill running does.

Eccentric muscle contractions can derail a race even for the strongest runners. Understand them, and you’ll be a better trail runner (and more mobile at the post-race breakfast).

“Just one bout of downhill running can cause adaptations that reduce DOMS and muscle damage for future bouts, even when those bouts are separated by a relatively long period of time.” With my first Sky Race this weekend and only a couple of serious vertical training sessions under my belt the past 6 weeks, that’s the best thing you’ve ever written!!! 🙂

You are going to rock it Andy! And no matter what, the post-race pancakes will taste delicious 🙂

Sorry, Andy. With all due respect, while everything David Roche writes is excellent–rear-lunges in Nikes notwithstanding–THIS is the best line written in TrailRunner Magazine so far in 2017: “This can cause extreme skeletal muscle damage—in essence, the tension can pull muscle fibers apart, much like a very unfortunate pulled pork sandwich.”

Hahaha, good catch on the old video 🙂 You are great Ron!

I love seeing a picture of a place I run regularly! Hills here qualify for the moderate stimulus at best..Go VF Park!

Chris, Megan grew up right near there and went to Conestoga High!

No way, I work there! Very cool, small world.

And I have crystal clear memories of XC skiing down that very hill as a boy growing up near Philly — back when XC skiing first hit the US in about 1972!! Very small world indeed!

Some good points for many folks in there. Not sure I can agree with this statement: “The tension from balancing mimics the same eccentric muscle contraction of landing on a straight leg on a downhill.” Balance, stability, and proprioception are not synonyms for eccentric load in a muscle. Nor do they even need to be present for an eccentric load to occur. Eccentric loading occurs when the muscle is resisting a force while the fibers are elongating. No elongation, no eccentric demand. Side note: exercise science nerds get upset at the term eccentric “contraction.” While lengthening a structure you can’t be contracting it, can you? They are opposites. Anyway, you can eccentrically load the quads on a knee extension machine and have practically no demand of balance to that leg at the same time. Certainly, yes it is a great thing to demand your body perform single leg tasks in strength training so that many systems are challenged simultaneously and you achieve co-contraction of nearby muscle groups and fine tune the nervous system control. But those demands can be both concentric and eccentric while simultaneously placing demands on balance. Balance is not inherently eccentrically demanding. Also, strength gains tend to be *somewhat* range of motion specific so claiming gains at 90 degrees of knee flexion will transfer to the 5-15 degrees at initial contact is starting to stretch the possibilities of application a little further than research would indicate is best. Specificity would suggest it is better to use actual resistance and work in the 0-45 degree range. Plenty of research on this but here’s one recently for sprinting (yes, I know endurance races are not sprints) https://www.researchgate.net/publication/304607794_Joint-Angle_Specific_Strength_Adaptations_Influence_Improvements_in_Power_in_Highly_Trained_Athletes