Should You Run Twice A Day?

Double runs are a staple of elite training programs. They might benefit trail runners, too. 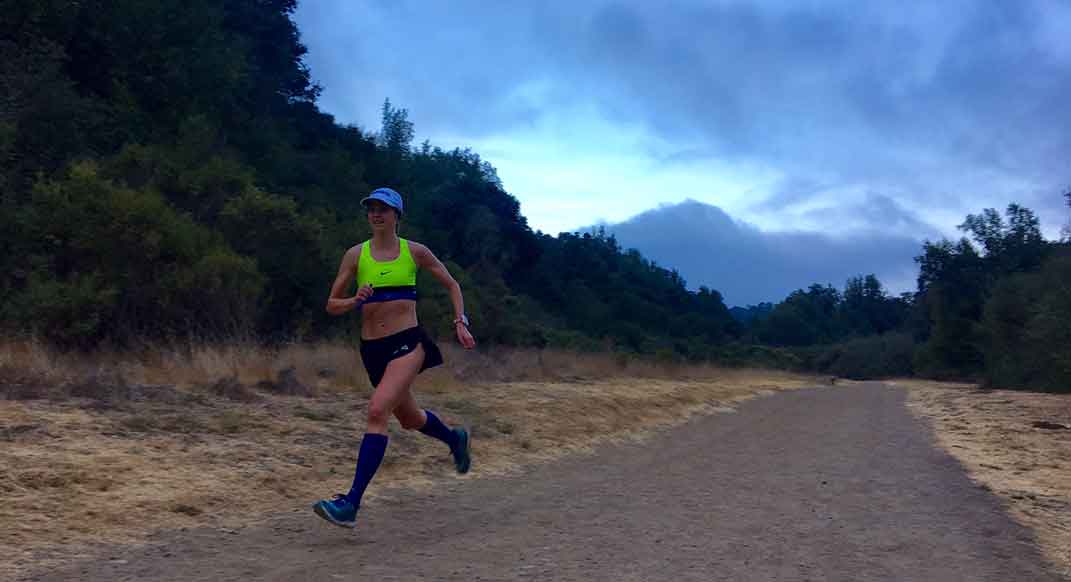 Who doesn’t want to run on dirt twice a day? Photo by David Roche.

Look at 100 different training logs from elite road and track racers, and one unifying factor will stick out: most of them are running twice a day, usually two to five times per week. Most recently, 2:03 marathoner Eliud Kipchoge’s training log for the Berlin Marathon became public, showing mind-blowing workouts and long runs. But buried in there was a seemingly simple addition—he would run 35 to 50 minutes slowly (for him) most afternoons after longer morning runs.

It’s not only other-worldly marathoners who are adopting the double-run concept. In road and track racing, it’s more exceptional when an athlete doesn’t do double-run days (like 1500-meter World Champ Bernard Lagat) than when they do. Haile Gebrsellassie, former world-record holder in the marathon, is famous for saying that he ran two times a day every day except for Sundays and Christmas. A few training groups are even known for running three times a day during heavy training.

Why has practice coalesced around running doubles? The answer is unsatisfying: it’s likely a lot of different factors that depend on the individual, and there is no definitive scientific evidence indicating that doubles are the best approach to training for performance.

Doubles are far less common in trail running, even among professionals. Could there be an untapped training secret lurking in the training logs of road and track runners?

Probably not. But doubles could be a helpful addition to your training toolkit, even if you aren’t running a ton of miles.

First, let’s look at the potential benefits of double runs.

Generally speaking, run more while staying healthy and you will get faster. By spreading out training volume, doubles allow runners to run more without getting injured. A 10-mile run probably involves more muscle- and tendon-fatigue than two five-mile runs. A runner who does a 5/5 double might recover better and stay healthier than if he/she ran 10 miles all at once.

2. Enhanced recovery and adaptation from the hormonal stimulus of the second run.

Many elite sports, like soccer and swimming, involve two practice sessions a day. One reason cited is that growth-hormone production increases with short bouts of endurance exercise, which could speed recovery and cause quicker adaptations to training stimuli (for example, see this study tracking growth hormone response from different exercise bouts).

As posited by top coach Steve Magness, it’s simpler to replenish energy stores after a shorter run than after a long one. After a seven-mile run, you might just need a big bowl of cereal. After a 14 miler, you might need a whole box. If your goal is recovery, two short runs might be better than one longer run.

Another study showed increased time to exhaustion in resistance training from training two times per day with glycogen depletion (however, that study was focused on knee-extensor exercises).

4. Double runs may be more convenient for time-limited people.

While doubles might be most associated with professional training groups, my favorite example of doubling is from amateur U.S. runners in the 1970s and 1980s. In those decades, most recreational road marathoners were teachers, doctors and others running before work and after work. Even “pros” were working back then, and doubling made it easier to get the volume in. Nowadays, even most of us running lower volumes can fit in a 5K at lunch in addition to a morning run. However, for some people, running twice in a day could make it feel more like an obligation, rather than a joy.

Now it’s time for the million-dollar question: should you double?

As you might imagine, the answer is maybe, in moderation, depending on your lifestyle and goals. Here are five considerations:

1. If you are volume limited, prioritize single long runs over shorter double runs.

2. When first starting to use double runs, add them once a week on a workout day. Then add similar doubles on easy days.

Start by adding a short, easy double after a workout, when the hormonal stimulus may be most beneficial to enhance adaptations. Plus, it may speed up the recovery process by flushing waste products. If that works for you, consider adding short doubles on other days, while ensuring that easy days still achieve their recovery goal (run commuting is a great option for some).

3. Don’t do two moderate or hard runs in one day unless you are working with a coach.

Some training programs incorporate two hard workouts in a single day, usually sparingly. Most famous of these hell days are the Canova Special and Specific Blocks, pioneered by coach Renato Canova, consisting of something like one-kilometer repeats in the morning followed by a tempo run in the afternoon in a glycogen-depleted state. However, these types of days are extremely risky for health, and likely aren’t needed unless you are looking for that extra 0.1-percent fitness boost. You can consider adding short strides to a double run if you’re feeling ambitious.

4. Never double on a long-run day.

Because the goals of long runs are specific adaptations for resilience and aerobic development that come from sustained work, doubling on a long-run day doesn’t help the primary training goal (and could detract from it by causing injury).

5. All doubles are optional—never do them if you are worried about injury or struggling with motivation.

Since doubles are not a magic elixir required for fitness, it’s essential to only do them when they fit within your life. For my athletes, I make every double optional.

In fact, most pro trail runners don’t do them (possibly because the races are usually longer and hillier, necessitating a focus on sustained aerobic and musculoskeletal stress). But adding a short double here and there could compound some of your training investments by adding aerobic stimulus, improving aerobic efficiency and producing bonus hormones.

Just remember: it’s all a moot point if you’re injured or stressed, so make sure doubles fit in the context of your life. The goal is to love running, and, if doubles don’t help that goal, then they are counter productive. 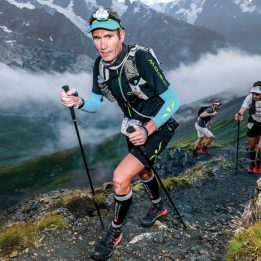 The Case For Sustainable Training Levels To Support Long-Term Growth

A practical observation: doubles are also easier if you have a washer and dryer. Doing doubles is likely to result in twice as much laundry and that’s extra time and money if you go to the Laundromat.

I love this comment! There are definitely some practical life elements to think about, especially if doing doubles from work (I once got reprimanded for having sweaty clothes in the office). You are wonderful Tessa!

When you say your doubles are optional for your athletes, do you mean they have the choice of a single 10 mi run or two 5 mi; or is it more like, “Do the AM 5 and if you want/feel up to it do the PM 5”? (How do you adjust to make sure you’re maintaining intended weekly training volume?)

Great question Nathan! With the athletes in SWAP, anyone can split any run into a double if that’s best for their schedule (other than long runs). For some athletes, I’ll say “optional PM run” where they can add 4-6 easy miles, giving the weekly volume some wiggle room to increase if they feel good.

David, always enjoy reading your insightful articles. I’m using the Fall to December timeframe to work on volume and averaging 40 to 43 miles weekly (though I did a 59.7 mile week last week). I’m going to give the JFK 50 a go this November (I’m a 55 y.o.) and I have finished JFK (’15) and the DC North Face Endurance this year, both barely under the official finish times. Ultimately, my goal is to do my first 100 miler in June (OD 100 in VA) which I failed to finish in 2016 after 48 miles so I my confidence… Read more »

Really interesting! I’ve never doubled but might consider it in the future.

I run commute to and from work 5 days a week and have done so for 3 years or so. Commutes total 12-15km per day and I try and mix up the route and intensity (if I do a hard run in, I normally have a more leisurely run home). It is now such a habit I don’t know if I could stop. I do my long runs on the weekend and total 75-85km most weeks). I have run a couple of trail ultras (the longest being 74km) and believe the double runs have helped my mental attitude to running… Read more »

I remember a comment Agassi said at the height of his career…someting to the effect, “if he wasn’t ‘feeling it,’ he’d cut the workout short. If it was good, he hit till midnight. I guess, listen to your legs! 🙂

I’d like to offer a different perspective on points 2 and 4 in terms of should you double or not: my personal experience was that 2) it’s best to double the morning before a workout and not the night/after a workout. If the workout takes too much out of you one will have mechanical/muscular issues on the secondary run which leads to injury. Running before a workout acts as a primer, warm-up. 4) I’ve been coached by some of the best, but only one (coach of a group of 2:12-2:14 marathoners) had me do doubles on my long run days.… Read more »

Great article David. Congrats. I got one doubt. What is the ideal interval between the first and the second workout? I mean should I run in the morning and then at night or afternoon?