Embracing Failure on the Trails

Coping with failure is essential to reaching your running potential. Here are some tips for making the best of it. 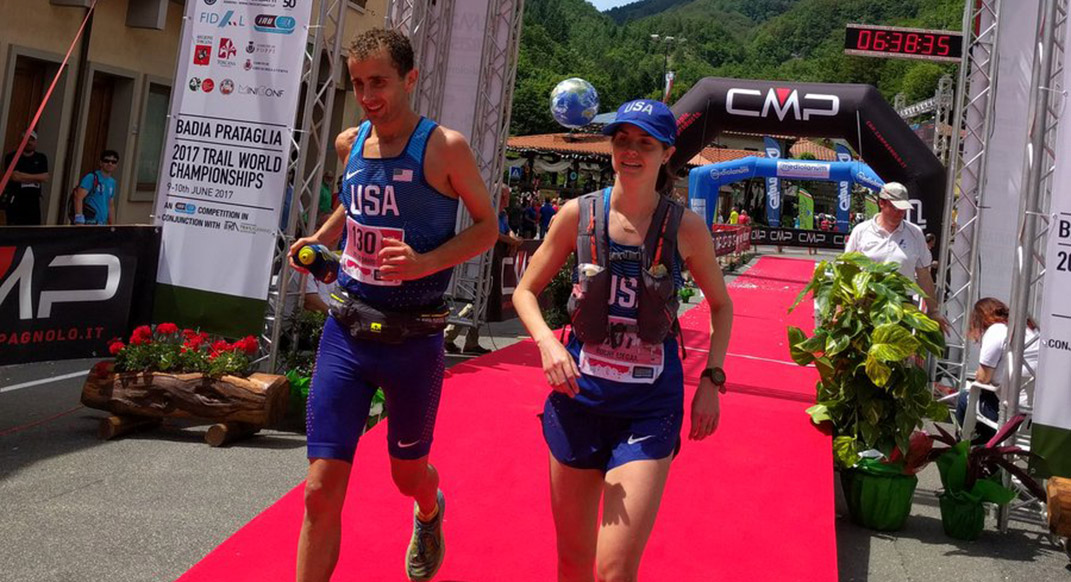 If you commit to being a lifelong runner, you are also committing to lots of failure.

You’ll fail workouts, you’ll fail races, you’ll get injured. Smart training can reduce adversity, but no amount of planning can eliminate it. Your long-term development ultimately depends on how you respond to failure.

Personally, I would need two hands, two feet and a few octopuses to count all of my running failures, most recently at the World Trail Running Championships on June 10 in Badia Prataglia, Italy. I was running well, near the front of the race, when my quads decided to leave Europe (a “quexit”). Unfortunately, the rest of my body didn’t get the itinerary.

The last 13 miles took me nearly four hours—more time than the entirety of any 50K I had run to date. Imagine a dumpster fire on wheels, and you’ll have a good idea what I must have looked like as I crawled up the climbs, beset by cramps. After an hour in the mile 25 aid station, I only finished because my wife Megan came by (she was also have a frustrating day) and said, simply, “You’re coming with me.”

I got up, cramped and then waddled off to the finish at my wife’s side.

As coaches and athletes, Megan and I have a lot of experience talking about failure (and dealing with it). It’s okay to feel down for a bit after a setback—that’s normal. But if you keep it in perspective, that setback can make you stronger. Here are three principles to internalize now to ensure you make the most out of your next failure.

1. Focus on the process and don’t get hung up on any one race.

Running training requires long-term commitment to the daily grind. Rome wasn’t built in a day, and a runner isn’t even built in 100. We ask all of our athletes to think of their running development as part of a three-year plan, which is generally how long it takes to get a good idea of running potential. If you zoom out to a three-year perspective, no single moment matters too much.

Think about where you were with running three years ago. Now think of the worst race you had in that span. It’s not all that tragic in retrospect, right? The same goes for your best race—it doesn’t define you either.

Zoom out your goals, and dial in the process. Over a three-year time horizon, no day or week or month is all that important. What matters is a long-term training strategy guided by a daily commitment to the grind.

2. Don’t judge yourself for your failures.

At the World Championships last weekend, former Speedgoat 50K winner Hayden Hawks had a rough start. He went from top three to way back, just 10K into the race. Instead of getting down on himself and dropping out, he kept moving forward. Eventually, after 20K of difficulties, he regained his legs and bounded to the finish. While it wasn’t the race he wanted (he was a favorite to win), it was the race he had.

That night at the closing ceremonies, he led a dance with teams from France, Italy and Spain, clearly not wasting time on self judgment. Hawks has found his potential by refusing to flagellate himself for his failures. Like all runners, he has failed to reach his expectations plenty, but he keeps on grinding through the long-term process, adapting as needed but never getting too discouraged. And I bet after his next big win, he’ll be dancing with the same enthusiasm at the awards ceremony.

3. The biggest failures usually lead to the biggest successes

It’s cliché, but if you never fail, you haven’t set your sights high enough. There are countless examples of failure preceding incredible success, but my new favorite is from Mario Mendoza, who finished ninth at the World Champs last weekend, the top U.S. men’s finisher, leading the team to a bronze medal. Last year, at the same race, he went for a great day and suffered to a 124th place finish, forced to a walk for the final 12 miles. But Mendoza was undeterred. This year he rethought his approach to European mountain racing, learned from his mistakes and didn’t judge himself based on one rough day. That commitment to long-term process ultimately led Team U.S.A. to the podium.

So the next time you fail, try to smile, dance and stay committed. Do that, and there is no such thing as failure at all.

I always love your articles, so reflective and positive. I have been running ultras for over 25 years now, and have won races and finished in the back at races, but still am proud of every effort! I love ultrarunning now just as much as I did when I started because of my mindset. Thank you for the insightful writing!

Thank you so much for being a wonderful person Jane! Your 25-year-and-counting journey is such an inspiration!

I think remember the terrible, bad races more than the races that go right and perfect. After finishing them, those runs make for a lot more fun stories than “oh I was clicking perfect that day” runs.

Haha, love this Buck! There are definitely better stories to tell 🙂

Really great and honest article. This is something I struggle with but am trying to get better. I ran Boston this April, didn’t do as well as I had hoped (3:06 rather than breaking 2:50) and had to really work not to beat myself about it. As you say one race should define us and it’s the process as a whole. I’m looking forward now to some trail stage racing on the summer. Cheers!

Love your perspective Mathew! Road marathons are the ultimate source of these sort of psychological resets. You rock!

Failure is never an enemy. Frequently is out there to remind you that you are human! 🙂

Read this while sitting in the waiting room at the doctor’s to get my knee checked out after messing it up at the Mt Diablo 50k last weekend. It was my first, and I had to hobble the last 5 miles, not exactly the finish I was hoping for. Been feeling pretty down about it- I really needed to read this! I don’t think the doc would be happy with me dancing just yet, but it’s something to work towards. Thank you for this beautiful perspective!

That was a brutal race Sommer! You will come back so much stronger!

The failures often make you push harder the next time and re evaluate what you did this time, if nothing else it’s a good kick and forces you to take a good hard look. I’ve got 26 Years of running Ultras and over 100 of them on trails, so many things can go wrong, and goals often need changing during the race. Still when it’s hard there is even more pleasure when you finally hit that finish line

WOOHOO! And DNFs/DNSs can have their own beauty too!

David, my experience with long ultramarathons is that I tend to make the same mistakes over and over. It’s some twisted form of Sisyphean pleasure. So tell us specifically what you would have done differently to prepare for this event. It’s the variation in terrain at high stress that tired quads and adductors are extremely unhappy with.

Haha, Gary, I would have moved to Italy 3 months before to train on the course 😉 On a serious note, I try to never talk too much about my own training in these articles because I am writing as a coach, not an athlete.

I’m sure your readers would love an answer to Gary’s question. Or to put it another way, if you had a client that had put in the training, had the talent and experience to do very well at a race, yet in the weeks leading up to the race continually downplayed their own expectations and repeatedly referred to poor past performances, how would you advise them?

SPICY COMMENT! My phone lit up with some fire emojis reading it 🙂

I would advise them not to quit their day job.

(Serious response: my training is not well-suited to long races with substantial vert and technical running, and I can tell you why offline if you are interested. Also, your last sentence on the psychology of racing and training ……. I try to downplay myself because I don’t take myself seriously and I am trying to make it about other people, not because I don’t believe in my ability to race well. Thanks for the comment!)

Love the article! Through ‘failure’ incredible growth can occur. True failure would be having a sucky race and throwing in the towel forever, never to try again–heck never to even reflect further.

As a school teacher i teach a growth mindset. It’s all about ‘failure’ and growing from it–learning from mistakes. I say ‘thank you’ when a student ‘fails’ so that we can all learn something new. Only I don’t ever use the word failure–it’s an ‘opportunity’ to learn and grow!

At the race in Italy, you and Megan gave us all the opportunity to learn and grow. Kudos!