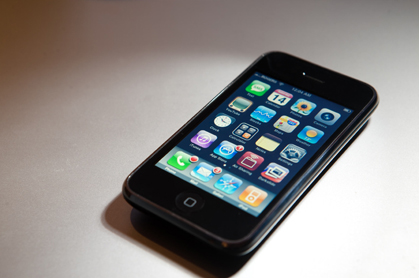 Trail Running? There’s An App for That

Craig Slagel was sick of getting lost.

He’d added “bonus miles” onto already challenging race courses, like the HURT and Javelina 100-milers, by taking wrong turns. On runs in places he traveled to for work, he would often set out to find a scenic spot and find himself instead in a sketchy back alley.

Then, in 2013, he adopted a retired guide dog and had a revelation: what if there was a guide that could lead trail runners on popular and scenic routes around the world?

That’s when the app RunGo was born.

Slagel, 42, of Vancouver, British Columbia, set to work developing an app using Google directions but found the simple “point A to point B” direction systems that existed were designed for traveling efficiently, not logging a given number of miles and taking in the best views. So he started creating routes by consulting the people who knew them.

“We initially created routes by working with local running experts, running stores and races and finding recommend routes online, then we would create them [in the app],” Slagel says.

Today, RunGo offers turn-by-turn voice navigation along popular routes and several well-known race courses, including those of the Western States 100, Squamish 50K, Angeles Crest 100 and HURT 100, allowing you to train on a course before racing it. If you don’t mind running with headphones, RunGo will talk you through every twist and turn of a course, never requiring you to glance at a map or phone mid-stride; moreover, the app relies on GPS and does not require an internet connection, meaning it will work no matter how far you go into the backcountry.

While RunGo’s list of routes is far from comprehensive, Slagel says users will be able to create their own routes by running them or drawing them in the app, and that RunGo will eventually have official “ambassadors” who can create and share routes for other users.

RunGo is the latest in a growing line of apps designed to help trail runners find—and navigate—new routes and trails. Below is a small sampling of what else is out there; be sure to tell us what you think about these and other apps you’ve used in the comments below.

Salomon CityTrail
citytrail.salomonrunning.com/en
In the spirit of the brand’s “CityTrail” ad campaign—which highlights the fun of exploring the crevasses of the world’s concrete jungle, an appealing notion to the majority of us who don’t live in the Alps—Salomon’s app allows users to search for popular routes by city in the U.S. and abroad. Routes are mapped out with scenic spots and historical sites of interest highlighted along the way.

Pros: Good routes, and thorough guide to points of interest. Emphasis on fun and exploration, bringing this piece of the trail-running attitude to people who can’t or don’t always want to hit the dirt. Allows users who create new routes to upload and share them with other users.

AllTrails
alltrails.com/mobile
AllTrails is a comprehensive guide of trails by region, designed for those who have resigned themselves to running on pavement simply because they don’t know there’s a trail nearby. The app allows users to search by region to locate the nearest trailheads and find information on those trails.

Pros: Provides distances and user ratings of each trail, as well as photos uploaded by users. Has over 50,000 trails in its database.

Cons: While extremely helpful in planning runs, it does not help users navigate. AllTrails is essentially a map book, albeit one that is very easy to peruse by location.

RootsRated
rootsrated.com
RootsRated has beta for any outdoor activity you can imagine, in or around most cities in the U.S. Want to go trail running in Minneapolis? How about backcountry skiing near Boise? What about fat-tire biking or disc golfing near Nashville? RootsRated is where you’ll find the place to do it, if it exists in that city.

Pros: It’s simple. Enter an activity and a location. The locations are suggested and reviewed by local experts who have used them, so it’s more like asking the guys at the local running shop about their favorite trails than consulting a guidebook written by a non-runner.
Cons: Because RootsRated relies on a network of experts associated with local outdoor retailers, it has not yet expanded to every U.S. city, and so the list of places and things to do is far from comprehensive. It’s a cool model, but will take time to develop fully.