How Much Do You Really Need to Taper? 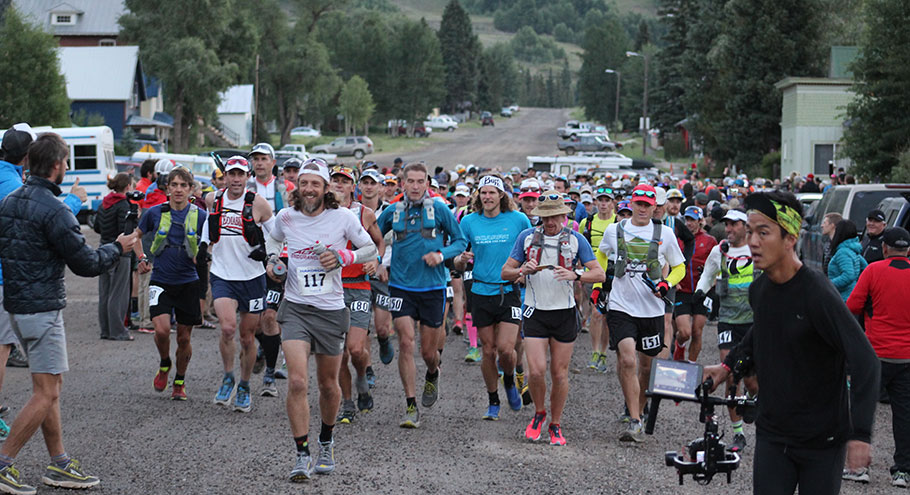 The pre-race taper is as much a staple of a training plan as the weekly long run.

The concept is simple enough: After a period of high-volume training, you ease off the gas in the weeks leading up to your goal race to ensure you’re as fresh as possible on the start line.

But if you’re simply running shorter and slower every day for two or three weeks before your race, you’re most likely doing it wrong.

“While there is no right way to taper, coaching experience has indicated that there may be a wrong way for some athletes,” says David Roche, a Trail Runner contributing editor, two-time USA Track & Field 10K Trail Champion and coach to several athletes through Some Work, All Play. “Too much taper can leave trail- and ultrarunners feeling stale, with less blood volume and lower cardiac output that hampers race-day performance.”

“A 140-miles-per-week marathon pro might taper 50 percent over the last few weeks, but that pro is still doing 70 miles on race week,” Roche says. “Meanwhile, for the average person doing 40 miles per week, such a sharp taper will reduce training volume to a level that could result in de-training, or at least some major stale-bread legs.”

The key is to find the right balance where you can rest enough to reap the benefits of your training, but not so much that you lose fitness. So how do you walk that line?

Runners should have shorter tapers for longer races – and vice versa, says Jason Koop, a coach with Carmichael Training Systems.

“This has been well established in sports science,” he adds.

But, Koop warns, this doesn’t necessarily mean you should be running peak volume immediately before your taper – however long or short it is  – begins.

“The mistake most ultrarunners make [is] they design their longest runs just before the taper,” he says. “I will say that if that is the design – peak volume immediately followed by a taper – then the taper should be longer, because the load is higher.”

Roche points out that if an athlete requires a taper of two or three weeks to recover, it might indicate that the athlete is training too hard.

“Good training is sustainable training,” he says. “Never dig a hole that you are trying to climb out of in the weeks preceding a race.”

A taper is meant to help you rest enough to feel strong on race day. That doesn’t mean every run should suddenly be short and slow in the week or two leading up to the race.

In other words, run fewer miles, and run shorter workouts, but run them at the same pace as before to avoid going stale.

As for how fast your volume should decrease, Koop says a “fast decay” – where you drop your volume abruptly and early in the taper, rather than decreasing volume steadily the entire time – has proven effective in swimming and running. This means cutting your training volume by as much as half in the first three days of a taper, then reducing it more gradually from there. If you are running a lower overall volume, you might not need to slash your mileage by as much.

Roche’s athletes usually partake in a 7-to-10-day taper. One week before the race, they’ll do their final long run with some hills, running downhill sections at or around their goal race pace.

“For most athletes running half-marathon and up, this is about 16 miles, followed by the world’s biggest brunch,” he says. “The next day they jog very easily for an hour, kicking off the taper. The easy day is followed by a full rest day to kick-start recovery.”

The next day – four before the race – Roche’s athletes will do an hour-or-so progression run. “This is usually just a bit slower than marathon pace, with a faster finish,” he says. “These runs seem to stave off staleness and get the athletes mentally prepared for race-day urgency.”

In the three final days, his athletes run 30 to 60 minutes easy – though not necessarily slow – with an option to rest completely two days out. The day before, they’ll add four to six 30-second hill strides.

“There are some theories that these types of strides enhance good muscle tension, increasing energy return on race day,” Roche says. “At the very least, they burn off some steam and justify an extra slice of pizza.”

Ultimately, Koop says, you shouldn’t stress too much.

“You have to be reasonable with what to expect with your taper,” he says. “Rest is more important than the perfect taper. [Though] if your margin of error for your performance is less than two percent, then the taper will matter.”

In other words, if you’re concerned about the difference between Olympic gold and no medal at all, or between a 29:59 100-mile finish and a DNF at mile 30, you might spend a bit more time devising a taper. But most of us can be more relaxed, and err on the side of rest.

“I do not think that performance in ultrarunning is so precise that a taper is going to matter all that much,” Koop continues. “Reasonable rest is going to dominate the benefits you get compared to the perfectly designed taper.”

Related: A cycle-by-cycle guide to training for your fastest, strongest season yet