New to trail running, or coming back after a hiatus? Not a problem!

Follow three key principles, and employ this 12-week program to safely build up your base 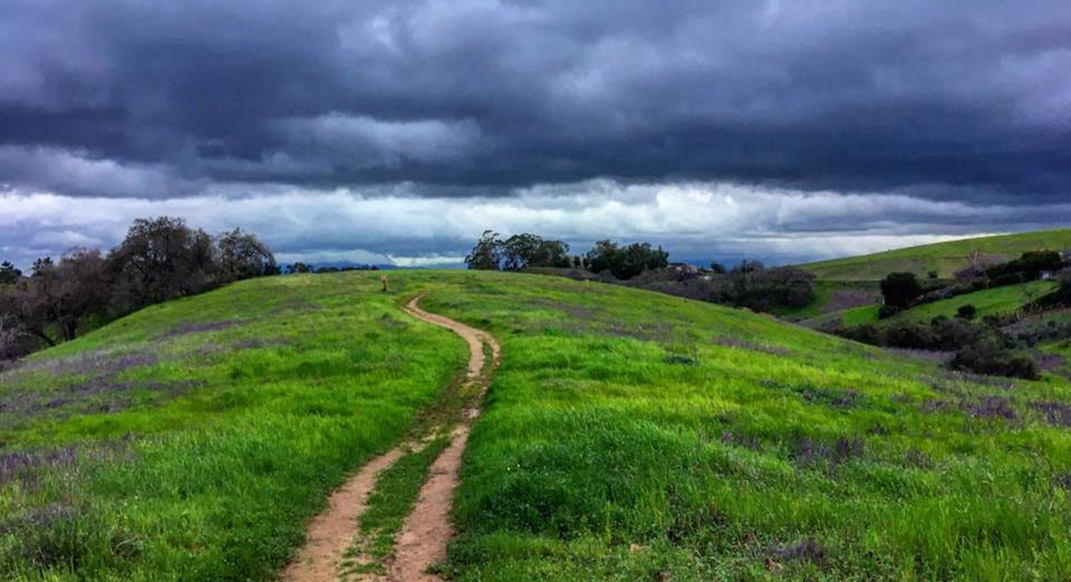 Running can be terrible if you’re just starting out or coming back after a hiatus.

People don’t talk about that feeling often, but it’s true. At first, it can feel like you’re a penguin with an inner-ear problem, waddling slowly and clumsily. Over time, though, what was once impossible becomes commonplace, and what once was drudgery becomes transcendent.

I understand the penguin struggle. In 2008, I was 20 years old and coming off a failed attempt to cut it as a college football player. I hadn’t run a step in a year. I was home for summer break, and made the decision to dream big. Running would be my sport! I put on my shoes, took my first steps … and I made it just 200 yards.

My lungs were on fire. My quads felt like they weighed three tons each. My calves were sore for days. But I kept it up, waddling my way to where I am now.

I made countless mistakes in those early days of my running career—running way faster than I should have, doing more workouts than my poor, poor legs could take—but that’s all hindsight. Here are three basic principles, and a 12-week program, to help you avoid the same mistakes.

The biggest mistake runners make is to burst off the starting blocks like a caffeinated rabbit, when instead they should be taking their time like a chill tortoise. By progressively increasing weight-bearing activities, you will prepare your muscles, tendons and bones for the unique pounding of running, while avoiding overuse injuries. To maximize time on your feet over weeks and months, you need to slow down to limit unnecessary stress.

There are two ways to live the chill-tortoise life. First, you can wear a heart-rate monitor and keep your heart rate at or below “MAF” (Maximum Aerobic Function, a term coined by Dr. Phil Maffetone). MAF is classified as 180 minus your age, and I recommend you subtract another five beats just to be safe. However there are some hummingbirds (people with naturally high heart rates during exercise) and whales (low heart rates) that should not use MAF.

Alternatively, just run at a pace that feels only slightly faster than a zombie walk. The key is to leave your ego at the door. It’s OK if your pace is like that of a geriatric gerbil. Be patient and you’ll reap the rewards.

Athletes who come to running from other sports often think that if it doesn’t hurt, they aren’t doing anything worthwhile. In my coaching experience, this applies particularly to cyclists, who are so used to hammering intervals that they have trouble understanding that a good run shouldn’t require a human-sized spatula to scoop you off the trail.

Pain is the body’s way of telling you to chill just a little bit. The point at which pain sets in—whether from intensity or duration of a run—is the moment your injury risk increases. But you don’t need to push to that breaking point to gain the initial adaptations necessary for distance running.

Consider the massive gains you will make in the first few months as low-hanging fruit—you don’t need to try to jump to the upper branches quite yet.

After you’ve adapted to consistent, slow running, add hills before you do fancy intervals. As the old saying goes, “Hills are speed work in disguise.” The incline will reduce impact forces, while the downhills will provide a controlled stress that strengthens your musculoskeletal system.

The best way to get an added stimulus with low injury risk is to add hill strides—20 to 30 second accelerations up a slight hill, focusing on good form. Your body will be putting out far more power than normal, improving strength, running economy (how much energy it takes to run a given pace) and cardiac stroke output (how much blood your heart pumps with each beat). Even better: that increased power won’t come with the increase in impact forces you would see with faster running on flat ground or downhills.

Start by running every other day, with just 10 to 20 minutes of slow running for the first week. Keep your cadence quick (ideally between 160 and 180 strides per minute, depending on your natural running gait), focusing on soft, light and quick strides—just because you are moving slowly doesn’t mean you should plod. If you find yourself feeling overly winded at any pace, run:walk in 4:1 or 2:1 ratios, gradually increasing total running time. Remember, even if your running pace is the same as your fast walking pace, it is still good to maintain running form to spur running-specific musculoskeletal adaptations.

Now, switch to running four days per week with no more than one rest day between running days (for example: Tuesday, Thursday, Saturday, Sunday). In weeks five and six, end one run with four to eight 30-second hill strides with slow jog recovery. The hill strides will be tough at first, but as your body adapts, running will start to feel easier. In the final two weeks, do the hill strides at the end of two of your runs.

Now start running five days a week with four 30-minute runs (two of which include hill strides), and one longer run of 45 to 60 minutes. Keep the pace slow, with the exception of hill strides. By the end of week 12, you should begin to feel like running is second nature, and you should feel your body transforming from a clumsy penguin to a smoother (yet still kind of clumsy) baby gazelle. In other words, you still have to grow into your newfound runner’s body, but you’ll be on your way to transcendent experiences if you give it time.

After week 12, you’ll be prepared to run longer and mix up stresses with a harder workout each week, including flat-ground strides. But remember: stay healthy and keep grinding. Running isn’t a 12-week process or even a 12-year process. It’s a lifelong adventure.

Be patient, and you’ll run happily ever after.

David Roche runs for HOKA One One and Team Clif Bar, and works with runners of all abilities through his coaching service, Some Work, All Play.

What if, like me, one has no patience. I like running fast I miss it and when I do run I push too hard. Lol love your tips
Going to start from scratch when I’m cleared by the doc to run again.

That is a fantastic question Katie, and one of the hardest parts of all of this. Many times, the personality of a person that gets into running is not the type that likes playing it safe and being patient (myself included). I think the key is to ground yourself in a long-term perspective. Always think 3 years down the line, and make your decisions after asking “Will this make me a better runner in 3 years, all things considered?” A coach can do that for you, or something as simple as a post-it note and dry erase board on the fridge (what my wife and I use!). You rock!

I’m far from being an athlete, but I’m trying to become a serious runner. i run 3 times a week with SportMe running appwhich calculates distance, pace, time and calories and adjusts running plans to my progress. respect for you determination to run!

You are already a serious runner! WOOHOO excited for your adventure ahead!

Good advice for those of us coming back after an injury. Thanks!

You are awesome, thank you Sarah!

So I have read a lot about MAF…. How do you handle keeping the heart rate in the proper zone as you go up big climbs? I feel as if i basically have to stop and stand still on the way up to keep the rate where it should be. advice for maf on trails?

Great question Eric! Since the magic is not in the heart rate, but in it’s role limiting pounding, you can let the heart rate float upward on climbs (since there is less impact force with each step).

Thank you, I needed to hear this too. I attempted MAF training for months and would go to websites specializing in it and ask these questions and never got this answer. After being frustrated over and over, I quit running due to burnout. It’s been many months of no-running and even 1.5 years of incredibly inconsistent running. Time to get back at it with this 12-week program to refer back to

You are awesome! Be patient with yourself as you build up!

Your running routes are awesome. I’m training for a half marathon with SportMe marathon trainer which calculates distance, time, pace and calories.

Hi! Thank you for a helpful article. I run consistently 5-6 times a week, averaging a volume of 50 k per week, but have never run a trail. Now my soon-to-be husband and I have chosen to go to Mongolia on our honeymoon and run a 42 k trail race in the mountains. Any tips on how to prepare for it while living in a city? Thanks!

David I’m 62 and running my first 50k in November. This will be my longest trail run I’ve ever completed. Do you have any advice on how to prepare my body for the race? I run 3 times a week with a long trail run on Saturday (5-7 miles). I want to be successful and have fun.

I’m 50 years old and ran my first trail marathon a year and a half ago. Then life got in the way! I am incredibly hungry to get back onto some single track but didn’t have a clue how to restart. Thanks for the comeback strategy.

I have a 25k race coming up mid July. I’ve run twice in the last week. what’s my best approach to prepare me for the race?