10 Reasons NOT to Run an Ultramarathon

Moldy Camelbaks, mud-stained shoes and the endless questions about why someone would ever choose to run for hours on end 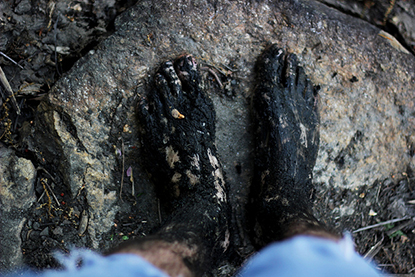 1.  It’s dirty.
You have to use the bathroom in the trails or, if you’re unfortunate enough to do an ultra in the street, on the side of the road. Your Camelbak will never be clean, no matter what kind of bleach or organic cleaning product you use. You will eat with your hands. If it’s raining, your calves and butt will look exactly like the trail. Whatever color your shoes are now, forget it, because they’ll soon be brown.

2.  Your feet will look like aliens.
No pedicure can save them. They will be calloused and blistered and your skin will never grow back the same way again. Your feet will swell and shrink. You will lose your toenails. First the pinky, and then, depending on the length of your race, every single one.

5. Planning your social and running calendar becomes a science project.
It’s easier to get new friends who train, or just stop having friends.

6. Explanations.
Nobody knows what an ultra is and then once they do know, they don’t understand why you’re doing it. They sometimes don’t know what kilometers are and then you have to convert. They’ve never seen a hydration pack before. You have to explain how to eat while running, and you must defend your food choices. They don’t know what calories mean in an ultra.

7. It’s unhealthy.
It is absolutely impossible and preposterous for someone to run 100 miles in a day without stopping. It has NEVER been done before. You don’t know what you’re talking about. You will be crippled. Ask your doctor. Your knees will lock up forever. The last step you ever take will be across the finish line and then you are DONE. People don’t even like driving 100 miles! Don’t do it. You’ll probably die.

8. It’s too hot.
It’s also too cold.  It’s also too windy and rainy and it might snow. Ice? It’s everywhere.  You’ll get a sunburn. Sometimes it hails here. What if it rains?

9. You will spend way too much time with yourself.
You are not that interesting. You will probably be bored after two miles. The songs you have stuck in your head? You will hate them by the end of the race. There is no scenery to look at. The lakes that you pass will be ugly. The ocean is so loud. As for the mountains—you think you’ll have fun running for 17 hours in the mountains?  Anyway, you’re going to be in so much pain you won’t be able to think. Nobody is going to talk to you; after all, it’s a race.

Kristyn Bacon is a freelance writer, with a focus on creative fiction and sports writing.  She is an ultramarathon runner as well as a competitive and adventure cyclist living in Berlin, Germany. 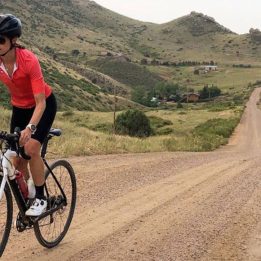 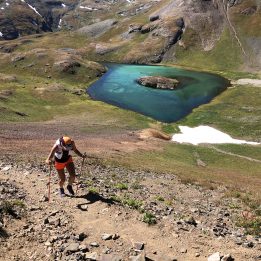 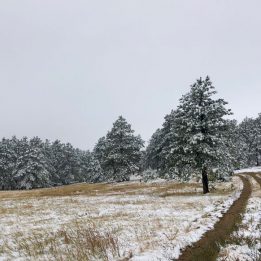 If I listened to all the nay-sayers like you kristyn I would get nowhere in life. Life is an exciting journey and when all of us return to our graves than we can rest.

Fred, you’re not the smartest are you?

Very Sad, I have done a few myself and I still in this earth. I believe in three things that always push me in life, always surround yourself with positive people (so you can be positive), find a purpose in life (so you can find happiness) don’t know what’s laugh ( brings joy to your life). This article is the opposite of that. Very SAD.

I love this so much!

This worries me. The majority of comments take this piece at face value. Surely that is not the right attitude to run an ultra? Surely, surely one has to have a mad-cap sense of humour and … a screw loose? After all, that’s the people I’d like to meet should I ever do one. Ah, but here’s the filter. I’ll show people this article and if they laugh like drains, then they are my tribe.

The worrying thing would be that they laugh like drains, but then, perfectly seriously say that this is all true… Then tell me their training plans for the next six months.