Part I: An online series on preparing for multi-day races 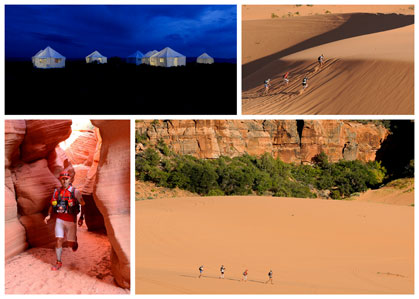 Ever wondered what it would be like to run completely self-supported for seven days across extreme terrain?

While immensely popular in Europe and Asia, multi-day stage events have been nonexistent in the United States until last year with the introduction of the Grand-to-Grand Ultra footrace, a 167-mile journey starting from the North Rim of the Grand Canyon, traveling to the Pink Cliffs of the Grand Staircase and crossing through knee-deep sand and immense slot canyons along the way. (See Sarah Lavender Smith’s recap of the inaugural event here.) The event wraps up with a party in Las Vegas to reward the competitors after a week of freeze-dried food and unrelenting exertion.

For the 2013 race, Trail Runner and Grand-to-Grand Ultra have partnered to bring readers an inside look at the world of stage racing. In the coming months on TrailRunnerMag.com, I’ll be posting interviews from accomplished racers, tips on training for this unique challenge, a look at the specific gear needed, and finally, an insider view of this seven-day journey across the Southwest in September.

I’ve previously competed in two similar races, Racing The Planet’s 250K treks across the outback of Australia and the desert of Jordan. Multi-day events have their own incredible energy, with an international band of runners coming together from all over the world. Everyone is quickly stripped of their superficial identifiers. Each day, the goal is simple—get up, place one foot in front of another, survive the miles, tend to your health and nutrition, sleep, then do it all over again the next day. The sustained effort and harsh course will try to bring you down, but, in the end, the effect is as uplifting as it is humbling.

Your prep and planning will be more involved than a typical long-distance event. When you’re committed to wearing the same gear for a week (and carrying it all on your back), small decisions like calorie-per-ounce ratios and selecting the perfect, sand-proof gaiters become more important than ever. Most of us ultrarunners love these gear conundrums and I look forward to discussing them in this forum.

With the Grand-to-Grand Ultra, I am especially excited to be running through a hidden part of our Southwest landscape that is rarely seen. Thoughts or questions? Drop me a message at jenn@runprettyfar.com. 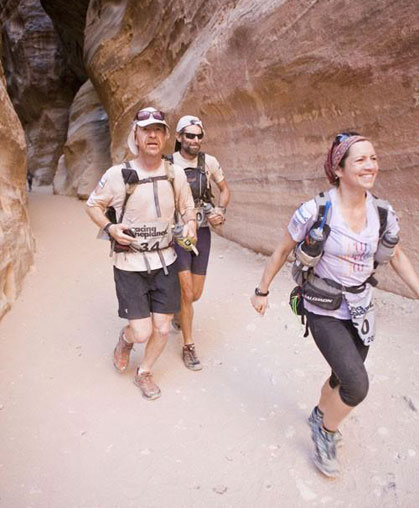 Jenn Hughes is a Washington-based ultrarunner and owner of RunPrettyFar, a women’s running-apparel company.

The Science Of Percussive Massage Tools 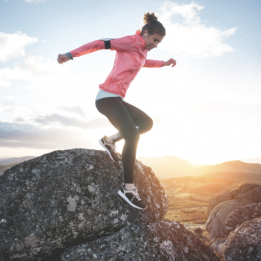 The Art of Falling Short