Understanding some of the reasons you might not feel great all the time in training. 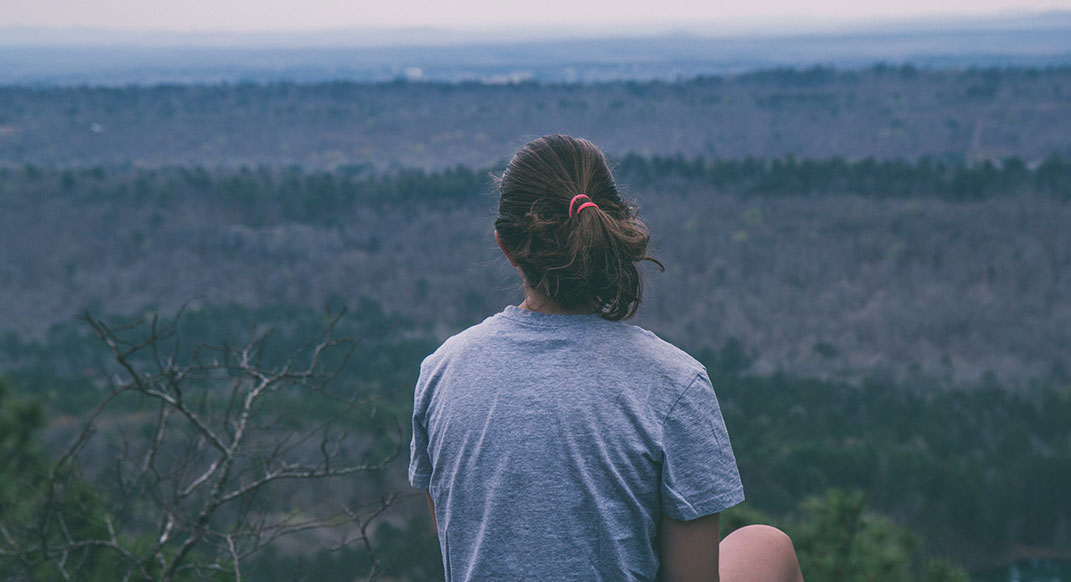 We’ve all had those days. Your heart is aching to run, but your body is just plain aching.

“KNOW YOUR PLACE, YOU GLORIFIED ELECTRICAL PUMP,” your body responds.

This sport would be a lot easier if your heart and your body were always in agreement. Here are a few things that may have happened to you that you might not realize happen to other people too:

That stuff happens to many runners at some point. And almost all of them deeply love running in their hearts. Their bodies just have different ideas on the day.

It’s impossible to prevent feeling like crap occasionally as a runner. But you can get better at understanding why you feel like crap and what you can do to feel better. Here is an 8-point checklist to go over on the days when (start using R. Kelly singing voice now) your body is telling you no, but your heart is, your heart is telling you yes.

Where are you in your training cycle?

It’s called a training cycle because it goes up and down and all around. And much like some of the cyclists in the Tour de France, sometimes it crashes into a hedgerow at 30 miles per hour.

Hard training releases the stress hormone cortisol, along with causing muscle damage, often correlating with elevated levels of creatine kinase (CK). What else releases cortisol? Stress at work or being on edge in case you are chased by a hungry lion. It’s important to remember we are beasts just trying to survive, and stress is a survival mechanism.

What else causes elevated CK? Trauma, like getting in an accident or deciding you wanted to see the max you could squat in your first time at the gym since 2014.

So hard training can have some similarities to stressful trauma. The cool thing about a training cycle is that you can come back stronger from that stimulus as long as you have adequate recovery. If you feel like crap after a hard training day, week or block, take a few days and run extremely easy or rest. No pace is too slow. For some people, fatigue peaks a couple days after major stresses, so stay vigilant even after an event passes.

Interestingly, some athletes feel similar during taper or down periods during training cycles. In that case, it’s unlikely to be caused by the stress of training, and more the variance from routine (kind of like a drug withdrawal). Indulge the “taper crazies” with some relaxed running while maintaining some intensity, and you’ll feel good when it counts.

Have you introduced any physical stresses that could have caused breakdown?

That CK discussed above doesn’t just come from running. It can also come from playing pick-up basketball, assembling an Ikea table, moving apartments, gardening, tubing, wedding dancing and most of all, soccer (as said by Matt Damon’s fallen angel in the movie “Dogma,” soccer is the most exhausting activity any being can engage in).

If you did something that differed from your routine, that may explain fatigue. Run slowly and it should clear within a few days.

Could you be getting sick or have other general health concerns?

It doesn’t take a stomach bug that makes you go full-Exorcist with your lunch to experience negative performance impacts of sickness. Even relatively minor, subclinical infections can increase fatigue and make you slow down mentally and physically.

Look for signs of sickness, like your family or co-workers coming down with something. If you have any health concerns, it’s usually best to rest until the fatigued feeling goes away.

What are your emotional stress levels outside of running?

Stress is good in controlled doses. But too much stress, too often and everything in life can become immensely more difficult.

Fortunately, human physiology is equipped to deal with it. As outlined in a 2016 book titled Stress, Endocrine Physiology and Pathophysiology, stress elicits neuroendocrine, cellular and molecular responses to keep the body at an optimal equilibrium point (homeostasis). Sometimes, though, high levels of stress (whether short-term or chronic) can throw it all off (cacostasis or allostasis). And that often doesn’t feel very good for the person living through it. Running might even feel impossible.

Stress combines neurobiology with physiology in a way that can be unpredictable and non-linear. Some people can go through the hardest travails and barely break a sweat. Others might think about making one bad joke that offends someone and not sleep for a day or two (looks around nervously). So think about the type of person you are and what you are going through. There is no objective metric for what should cause stress. No matter how you feel, and why you feel it, it’s okay.

Keep your running extra easy during periods of high stress. And talk to a medical health professional if stress persists.

How much sleep have you averaged the last 3 to 7 days?

Long-term sleep deprivation can reduce aerobic and anaerobic performance substantially, as outlined in this 2014 article in the journal Sports Medicine. Most studies find that a night of bad sleep won’t make or break a run, but more chronic sleep issues might leave you feeling fatigued constantly.

While there is no magic time window, three to seven days is a good time to think about in order to smooth out day-to-day variation in your schedule. There are lots of numbers floating around about how much sleep is necessary, with the usual guideline being seven to eight hours of sleep a night for adults. If you are well below that average, prioritize snoozles over zoomies for a few days.

Like all of these topics, though, sleep is highly individual. Some rare genes might even explain the “sleepless elite,” people that can perform well (usually in mental tasks) despite little shut-eye, discussed in this 2016 article in the journal Cell Reports.

Where are you in your menstrual cycle (if applicable)?

Premenstrual fatigue is a common complaint among female athletes, owing to hormone level fluctuations during and after ovulation. The most prevalent time to experience fatigue is after ovulation and before menstruation, but it varies substantially.

Sometimes, female athletes may feel awful but not realize there is a monthly pattern. Consider charting out your menstrual cycle, noting how you feel, and seeing if any patterns emerge that will help you in the future. Every athlete is different, so talk to your health care provider about what’s best for you. A breakdown of menstrual cycle considerations for trail runners is in this 2016 article by Megan Roche and this 2018 article by Emily Erickson.

Did you eat and hydrate enough in the 24 hours before the run?

Bonking is the term used for that feeling at the end of races or training runs when your body runs out of fuel and any movement becomes exceedingly difficult. Even starting a run with negative energy availability (when the body has fewer calories than needed after accounting for daily activity and base metabolic rate) can feel the same.

Think back to your last day. Did you wake up famished? Skip dinner? Have one too many low-calorie salads? If you answered yes to any of those questions, then throw some delicious calories at your fatigue. Lots of problems can be solved with a simple motivational quote: “Every pizza is a personal pizza if you believe in yourself.”

Similarly, stay hydrated, especially in summer. Overthinking nutrition and hydration by counting calories and fluid ounces is probably not wise for most athletes. Just make sure you aren’t operating at a deficit, and talk to a nutritionist or doctor if you are unsure. These are complex issues that sometimes involve disordered eating or considerations of body image, so always know it’s okay to talk to others about how you feel.

Could you be deficient in any important biomarkers?

This last one is a catch-all for some long-term physiological issues that might arise during training (and life). Two big deficiencies athletes see often are iron and Vitamin D. Iron is important in blood cell formation, and too little can cause extreme fatigue. Vitamin D is important in countless areas, with fatigue and bone density being two of the most important for runners.

Seeing a doctor or getting a blood test through a service like Inside Tracker is helpful for most athletes looking to better understand their bodies. Lifestyle matters, but sometimes blood values can’t be optimized through eating well and exercising alone. In those cases, supplementing or changing nutrition habits might be essential. Lots of other things can cause fatigue too, so when in doubt, see a medical professional.

Oh wait! I just realized I forgot to tell you to stop using R. Kelly’s singing voice after the introduction, which probably made this article way more interesting than expected.

The biggest takeaway? Be patient and don’t push hard through craptastic feelings. Do that, and in no time you will be singing, I believe I can fly.

Great article. This will do it too. Do a really tough 30k and don’t take any days off and ended up putting in over 40 miles in 4 days because it’s so darn beautiful in Deep Cove and Squamish, BC. 🙂

This makes me think of a good article idea. What should the week after a tough event look like. Maybe you’ve written it already.