When In Doubt About A Running Injury Or Other Issue, Take 3 Days Completely Off

Putting your plans aside at the first sign of trouble can prevent many issues, while also supporting long-term adaptation 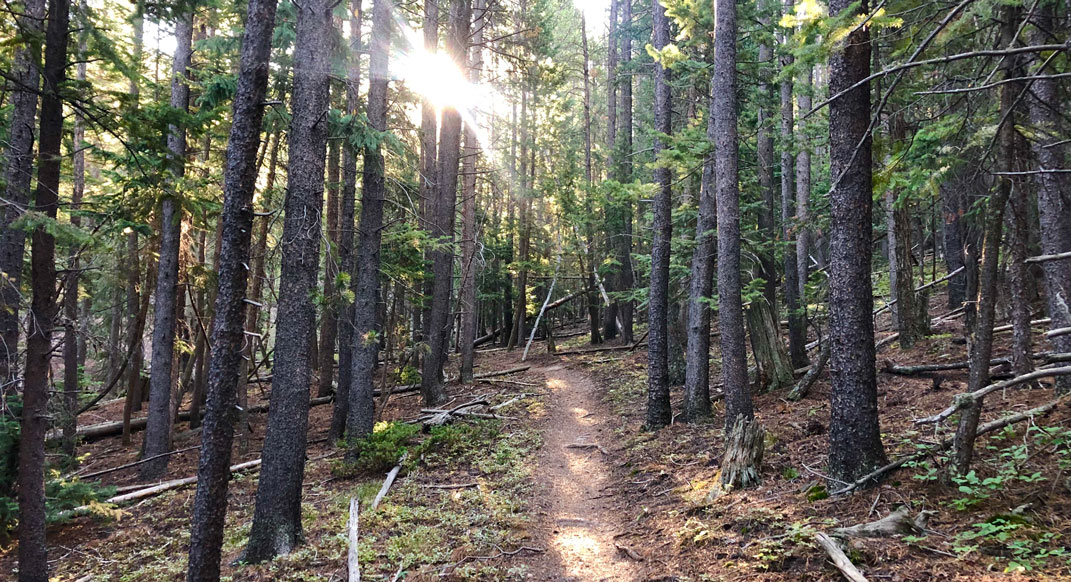 More than two thousand years ago, Hippocrates theorized that humans have four different humors: blood, phlegm, black bile and yellow bile. I take this as evidence that Hippocrates spent time at an ultra aid station.

Imbalances of the four humors caused illness. A few hundred years later, Galen declared that blood was the most dominant humor, and that bloodletting could cure many illnesses. Human history can sometimes feel like the process of cleaning up messes caused by oddly overconfident men.

Bloodletting continued all the way until the 1800s, and it was used to treat every condition imaginable. Seizures? Get some of that blood out. Fevers? Someone text the leech salesman. Coughs? I got 99 problems and blood ain’t one.

Eventually, bloodletting stopped when doctors realized that their “A” goal at the next treatment event should be not actively killing patients. The point of that digression is to provide a lesson that underscores the central thesis of this article—our first impulse as humans is to do something (ANYTHING!) when an issue arises, but often that’s not the right answer. A first intervention that any athlete can do for non-medical/clinical concerns is taking three days off.

We don’t know what is going on. We haven’t thought up MRI machines or the scientific method. But we need to do something. Let’s do something!

Similarly, athletes face uncertain problems all the time. An athlete might be: fatigued, demotivated, feeling discomfort, sleeping poorly, eating inadequately, dealing with a sense of impending doom or gloom or Zoom. The impulse is to immediately do something (ANYTHING!).

Extra tired? Running hard will wake you up. Sore shin? Doing the one-legged hop test 100 times will give you answers. Eating inadequately and stressed? If you just stick on the plan, it will all work out.

Those are the bloodletting options that may give us the comfort of action, but could also be mightily unproductive. Often, the best multi-purpose intervention is just to do nothing. Three days of nothing special can sometimes be the most important thing an athlete can do for their body and mind.

This article is talking about sub-clinical, non-medical issues like fatigue, malaise, minor pain, the local pizza place closing, etc. Three days off may cure minor inflammation, but it won’t cure a broken bone or depression or leprosy.

Before getting into the physiology of three days off, a disclaimer. Doctors or other medical professionals (including therapists) should always be consulted first. This article is talking about sub-clinical, non-medical issues like fatigue, malaise, minor pain, the local pizza place closing, etc. Three days off may cure minor inflammation, but it won’t cure a broken bone or depression or leprosy.

I want every athlete I coach to freely insert 3-day rest blocks throughout the year.

Runners often have the temptation to push through everything. It’s sometimes a badge of honor. You can’t hurt me because I’m over here hurting myself! But in an athletic life, holding on too tightly can have negative physical and mental-health ramifications. When your car may be driving toward a cliff, but you’re not 100-percent sure, the answer is probably not to step on the gas pedal (unless you’re sponsored by Red Bull and you’re coming up on a sweet jump).

The 3-day rule for athletes my wife Megan and I coach usually means doing no structured exercise at all: no running of course, and also no cross training or lifting or even longer hikes. There are five primary reasons to take an unplanned three days completely off without hesitation throughout your training.

One: The body doesn’t know miles, it knows stress.

I think a big reason athletes are tempted to avoid taking a few days off goes back to those numbers ticking over in their brains. Three days off will lead to a low mileage week, possibly low mileage enough to make it a lower mileage month overall too. That’s lost fitness.

But it isn’t. While our brain likes to think of training in terms of quantified load, our bodies don’t care about miles run outside of how that adds to overall stress levels. To the cells, there is usually no differentiation between stress from miles and stress from presentations or midnight anxiety-induced wall-staring contests.

Our Strava training logs quantify miles and intensity as stress proxies. Meanwhile, our brains and bodies are constantly integrating and quantifying stress directly through the nervous system. That stress load interpreted by the nervous system is what determines adaptation, not the proxy stress load on training plan bar charts.

A little reduction in miles may ensure the stress bucket doesn’t overflow in the form of health crises. That one is obvious. What excites me more is that the body may still be able to adapt to higher stress for major fitness improvements even when all of that stress doesn’t come from running. Three days off can restore stress balance for health and maximal adaptation.

Two: Short-term cycles of inflammation can lead to long-term negative feedback cycles on the cellular and systemic levels.

Training introduces inflammation into the body. Take any athlete post-workout, give them a blood test, and you’ll see numbers that would probably scare a doctor if they had been sedentary. Some adaptation theories are essentially inflammation-centric (though it’s debated and complicated), with that inflammation being the spark that lights the fire for growth.

Chronic inflammation may lead almost every negative health outcome imaginable, from overtraining to life-threatening illnesses. Like stress, inflammation cycles can be unpredictable.

Some inflammation may come from training, other sources may be immune responses, elevated cortisol, allergies, nutrition and basically everything else you can think of. Preventing acute inflammation from becoming chronic inflammation sometimes requires stopping the cycle fully with time off.

A big reason I support every athlete taking a rest day a week (even if they probably don’t need it) is that overstress, chronic inflammation and low energy availability can all have negative impacts on hormone production. For example, a 2019 article in the International Journal of Sport Nutrition and Exercise Metabolism reviewed the literature on low energy availability from training, finding that it could suppress sex hormones in male and female athletes.

A 2017 article in the Medicine & Science in Sport & Exercise journal found men with higher levels of chronic intense exercise and greater durations of endurance exercise had lower libido, connected to hormonal variations.

It’s possible to control those hormonal issues with smart, fully-fueled training. But as soon as things feel off, it could be the nervous system sending signals that the hormonal ship is turning toward an iceberg. A few days may help get things back on track as glycogen recovers, you have time to sleep, and stress is controlled.

Four: 72 hours allows for adaptation processes that will only make you stronger.

The big message for skeptical athletes: time off will make you stronger when coupled with focused training at other times. At first as you start running again, it may feel like you are a hippo with an inner ear problem. But that is just related to temporary physiological processes like a slight reduction in blood volume, small neuromuscular changes and maybe even debated issues like a loss of muscle tension.

Within a day or two, things will start to normalize and VO2 max or other key variables will only improve from the removal of any excess stress. The biggest breakthroughs can happen a week or two after these quick breaks, and that’s not just due to recovery. That’s all about rest-induced growth.

Five: Time off gives athletes space to evaluate next steps in a healthier way.

After those three days, there’s a branched decision tree of options. If the problem has subsided and you’re chomping at the bit to get going, you can ease back in with cross training or easy running, reevaluating as you go.

If the problem persists, athletes may take three more days off, start cross-training, or best of all, see a physical or mental health professional. It depends heavily on why they are taking time off in the first place.

After three days of the problem staying the same or getting worse, it may be time to bite the bullet and get to an expert that can help.

Light fatigue or motivation issues? Maybe the only way past it is through it, and those three days off will give you certainty that you’re not being dumb. Pain or mental-health issues, but you didn’t think it warranted an appointment at first? After three days of the problem staying the same or getting worse, it may be time to bite the bullet and get to an expert that can help.

Time off is not a sign of weakness. It’s a sign of emotional strength. And it may make you way stronger physically too.

Now THAT was a great article. Of all the wide range of kook to genius,…this was really reasonable top end stuff. Thanks. Ultimate compliment – I will insist my 19 year old son reads it.

Thank you so much Gary! I will fully embrace the kook designation too 🙂 YOU ARE AWESOME!