How to Get Better at Uphill Running

4 tips to help you excel when the trail goes up 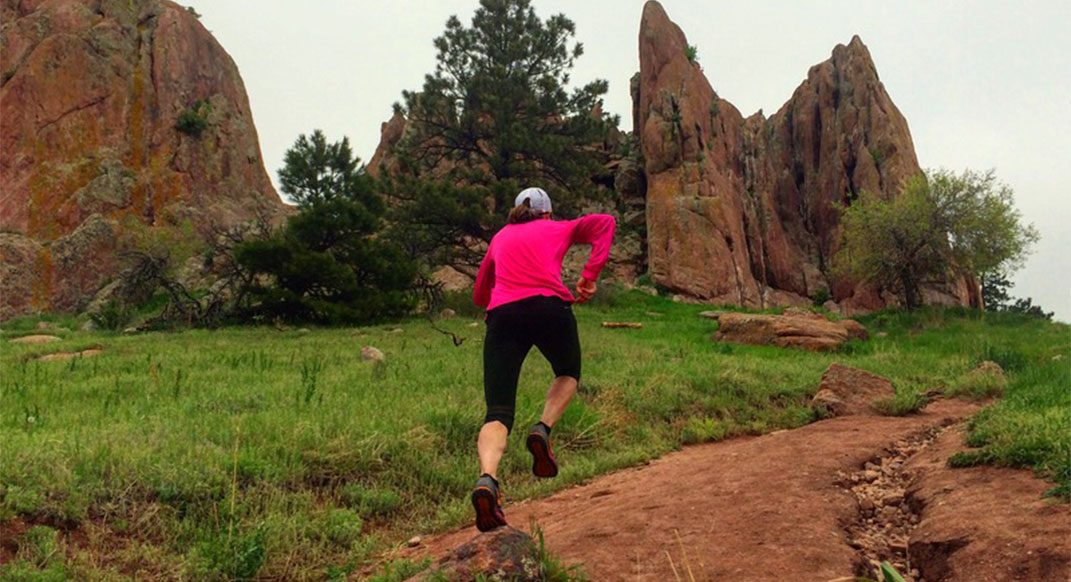 Trail running with an aversion to climbing is like surfing with a fear of being underwater. Yeah, you might be able to avoid it for a bit, but eventually you’ll find yourself in way over your head, deeply questioning your life decisions.

I can’t do anything for hydrophobic surfers, but all of us can be better uphill runners.

Trust me, I understand the struggle. I started trail running as a 190-pound ex-football player. At first, each uphill had me cursing plate tectonics.

Over time, though, I learned some lessons that made things better. Within a few years, I could survive the climbs, and eventually everything clicked. Six years after quitting football, 60 pounds lighter and a whole lot smarter, I was able to win the national trail 10K championship on a brutally hilly course.

Here are the four tips that let me get there.

1. Be strong from the waist down.

Fighting gravity is all about power-to-weight ratio, whether it involves going to a mountaintop or the moon. Like a Saturn V rocket, you need thrusters that are up to the task.

The best climbers—like Joe Gray and Sage Canaday—all have rocket legs. Big power centers in the thighs and butt launch you up the mountains.

You can build rocket legs in three ways. First, you can run up and down a lot of hills in training. Second, you can do a strength routine consisting of lunges and step-ups (see our five-minute routine for strengthening your mountain legs here). Third, you can do some cross training like ski-mountaineering or biking. Many cross-country skiers and cyclists are outstanding at running steep climbs because it works some of the same muscles. (Just make sure it doesn’t cut into your running time.)

Ideally, you should run a minimum of five times per week, do the mountain-legs routine three times per week and cross train once or twice per week (especially in the off-season).

These tips will make it easier to chase rainbows, like this one on the flanks of Black Mountain near Los Altos, California. Photo by David Roche

2. Be efficient from the waist up.

You know what muscles don’t help you fight gravity? Biceps. The same goes for triceps, lats and pecs. Upper-body strength is good, but upper-body mass is usually not.

Coming from football, a lot of my climbing development was connected to losing some of the upper-body muscle forged in the weight room and replacing it with some functional strength from the trails. In practice, you probably should not be lifting heavy weights with your upper body if you want to excel at uphills. What you lose in attractiveness at the beach, you’ll gain in comfort in the mountains.

3. Lean forward and learn to relax.

Improve your form by looking at the ground in front of you and tilting your center of gravity forward to mimic the uphill grade (so think of a 5-percent lean for a 5-percent grade, and more for steeper climbs).

As you climb, focus on relaxing all the muscles you are not actively using. So when a leg is not engaged, let it rest for a split second rather than keeping the gas pedal on at all times. Similarly, keep your upper body cool as a cucumber, with no excess exertion, which uses precious blood and oxygen.

A rising aerobic tide raises all performance ships. With that in mind, you should do two things. First, run more. In general, the more miles you run, the better a climber you’ll become, since you’ll be using those aerobic adaptations to power up hills.

Second, do VO2 max intervals of between two and five minutes. These improve your oxygen-processing power. An example is 6 x 3 minutes fast with two minutes easy running between intervals.

As your body adapts to VO2 max efforts, it will make sub-maximal efforts easier. Combined with aerobic gains from running more miles, you’ll become a hill-climbing rocket powered by red blood cells, strong leg muscles and the form to make it all work together. Blast off!

David Roche is a two-time USATF trail national champion, the 2014 U.S. Sub-Ultra Trail Runner of the Year and a member of Team Clif Bar. He works with runners of all abilities through his coaching service, Some Work, All Play. Follow David’s daily training on Strava here, and follow him on Twitter here.