Workouts Should Be Smart, Not Hard 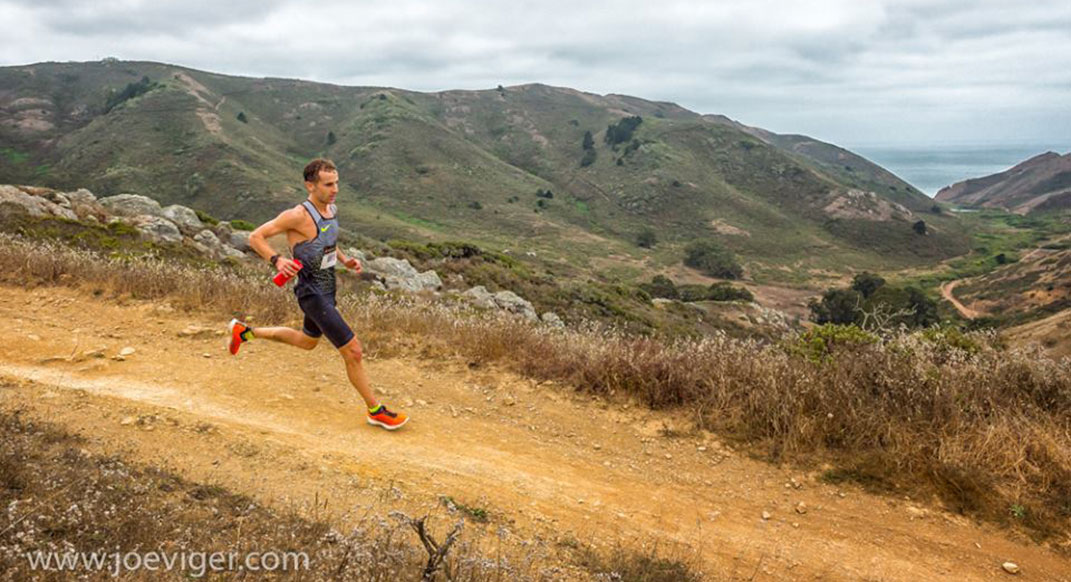 The author channeled specific workouts to a second-place finish at the Headlands 50K, the 2016 US 50K Trail Championships. Photo by Joe Viger Photography

It’s not just easy days that many runners make too difficult (here’s more on slowing down smartly). It’s their hard days too.

You can think of each training cycle like baking a cake. First, you assemble and mix the key ingredients—lots of easy running, strides, proper fueling. Then, you put that baby in the oven.

If the recipe calls for an hour at 350 degrees Fahrenheit, you don’t turn the temperature up to 500 and take it out after 45 minutes; you’ll burn up the cake, and possibly your house.

That is what many people do with hard workouts. They spend too little time assembling the right ingredients, and too much time setting off the smoke alarm (and possibly incinerating the kitchen) by trying to force the process.

Workouts that are too hard have two major problems:

Every time you do a harder run, you are taking a calculated risk.

For the sake of argument, say your everyday loop at an easy pace carries a 0.1 percent chance of injury. The same loop at a controlled, smart tempo pace might have a 0.2 percent chance. Do it at a hard, all-out effort, and it could skyrocket all the way to 2 percent.

That sounds small, but the little risk increases add up. A 2 percent runner will probably not reach their potential because they’ll end up sidelined with a stress fracture or tendinitis, while the 0.2 percent runner is happily running along at sustainable efforts, building fitness over time.

As a coach to both top pros and regular joes, I have learned that if you give any motivated runner a workout like 8 x 2 minutes fast/2 minutes easy with no additional guidance, they will almost certainly end each “fast” section on their knees, gasping like a newborn taking its first breath.

Now think about a trail race. How many times during that race do you want to go so hard you stop and gasp for baby breaths?

The answer is once, at the finish line. Practicing it eight times is working anaerobic systems that you will barely use on race day. It does improve general fitness, strengthening your muscles and cardiovascular system, but in a way that isn’t designed specifically to make you faster in the long-term—much like weightlifting or cycling, which can be helpful components of training but are less important than trail-running-specific fitness. People who are generally fit and not specifically fit are far slower than they need to be.

In general, here is how to think about effort when running intervals and tempo runs, based on their duration. (Note: This is a cap, not a floor. You can go easier than this—working on VO2 in 30 second intervals, for example—but don’t go harder without a specific plan in mind.)

These intervals are shorter, focused on running economy (how much energy you use running at a given pace). Track stars have amazing running economy—that is why it looks like they are jogging when they’re actually impersonating cheetahs on amphetamines.

The key with running economy is to be smooth—the pace you could hold for two to five minutes, depending on the length of the interval. In other words, don’t sprint your strides and short intervals. Instead, glide through them like a hopped-up jungle kitten.

These are the classic VO2 max intervals, which make many people poop their pants in fear. However, that fear is unfounded if you do them right.

Generally, VO2 max is close to the pace you could run for 10 to 15 minutes, depending on your physiology. So each interval should feel pretty sustainable, with only some resistance (which will increase with each interval). As when sunbathing or peeing, it is usually concerning if you feel a severe burning sensation while running—in this case, it means you are going too hard.

Most intervals longer than five minutes should be at lactate threshold (or “tempo”) effort, which means different things to different coaches.

Probably the biggest mistake I see as a coach is when people “race” their tempo runs. Focus instead on a relaxed, sustainable effort, rather than an all-out, gasping push. For our purposes, think of it as the effort you can hold for 40 to 60 minutes.

For workouts longer than 30 minutes (including focused long runs), there is no set energy system you are trying to pinpoint, but the same principles apply. Try to run at an effort you could sustain for at least twice the duration if needed. So if you are running 90 minutes moderate, think about something you could hold for three hours.

Only break the two-times rule if you are doing a specific workout guided by a smart plan (a good example would be the infamous 16 miles at race pace a few weeks before a big road marathon).

Most importantly, remember that good workouts should be invigorating and uplifting. If they make you feel dazed and confused, you’re going too hard. And if you go too hard, you’ll probably never reach your long-term trail-running potential.